Ahead of this weekend’s Premier League action, Sportsmail will be providing you with all you need to know about every fixture, with team news, provisional squads, betting odds and Opta stats. Here is all the information you need for Burnley’s home clash with Brighton.

Ben Mee and Scott Arfield will again be missing for Burnley when they take on Brighton at Turf Moor.

Defender Mee (shin) has not played this month while midfielder Arfield, who will leave the Clarets at the end of this campaign, is out with a calf injury.

Boss Sean Dyche has confirmed on-loan Tottenham winger Georges-Kevin N’Koudou (hamstring) will be back available but Steven Defour and Robbie Brady (both knee) are out.

Brighton boss Chris Hughton reported has no fresh injury concerns ahead of the Premier League trip to Burnley.

Midfielder Davy Propper remains unavailable as he serves out a three-match suspension following his red card against Huddersfield on April 7. 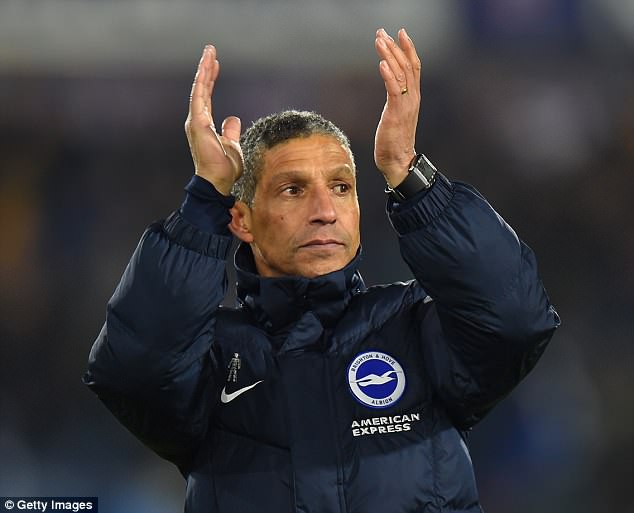 Steve Sidwell continues his recovery from an ankle problem which has hampered his return following back surgery.

Burnley haven’t beaten Brighton in any of their last seven league meetings since a 1-0 Championship win in April 2012, though the last four have all ended level (L3).

Brighton have lost just one of their last seven league visits to Turf Moor (W2 D4).

After keeping a clean sheet in six of their opening nine home league games this season, the Clarets have conceded in each of their last eight at Turf Moor. Only Bournemouth (12) are on a longer run without a home clean sheet in the Premier League.

The Seagulls are winless in 10 away league games since beating Swansea 1-0 in November, drawing three and losing seven.

No side has scored fewer away goals in the Premier League this season than Brighton (9), while seven of those goals have been scored in London (5) or on the south coast (2). 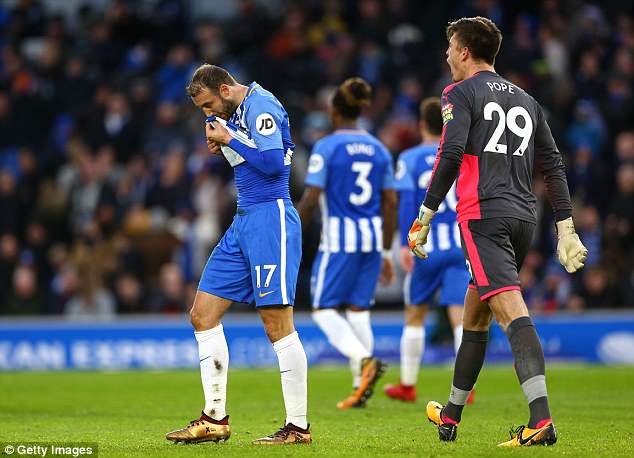 Sean Dyche won his first managerial meeting with Brighton in November 2011 when he was Watford manager but has failed to win any of his subsequent seven against them (D5 L2).

Dyche has only faced Spurs more as Burnley manager without winning (eight games) than he has against Brighton (6).

Chris Wood has netted five goals in 11 league games against Brighton – only against Huddersfield (6) has he scored more in English league football.

Ashley Barnes has scored in six of his last eight Premier League games, with his leveller at Stoke last time out seeing him become the first Burnley player to score 20 Premier League goals.

Glenn Murray is the highest scoring Premier League player who’s yet to assist a goal this season (12 goals). It’s the most in a single top-flight campaign since Demba Ba in 2012-13 (15).