Ahead of this weekend’s Premier League action, Sportsmail will be providing you with all you need to know about every fixture, with team news, provisional squads, betting odds and Opta stats. Here is all the information you need for Burnley’s home clash with Newcastle…

Burnley have doubts over top scorer Chris Wood and fellow forward Sam Vokes ahead of Newcastle’s visit on Monday night.

Wood, who was withdrawn at Manchester City last weekend with a hamstring injury, is described as ‘touch and go’ by manager Sean Dyche, who added it is ‘promising’ that Vokes will return from the abdominal strain that kept him out at the Etihad Stadium.

That could open the door for Nahki Wells, who is close to making his debut after a foot injury, but Jonathan Walters and Dean Marney (both knee) remain out.

The home side is unbeaten in each of the last eight league meetings between Burnley and Newcastle (five wins, three draws).

Newcastle are winless in their last four away visits to Turf Moor in league competition, losing three and drawing one.

Newcastle United have won 14 points from their first nine Premier League games this season – the best points tally at this stage of a campaign by a newly-promoted side since West Ham in 2012-13 (14).

Newcastle’s tally of 14 Premier League points this season from nine games is more than both North-East rivals Sunderland and Middlesbrough won in 19 Premier League matches during 2017 (10 each).

Coming in to this matchday, four of the 14 red cards given this season in the Premier League have come in games against Burnley (29 per cent) – no other side has seen their opponents given a red card more than twice. 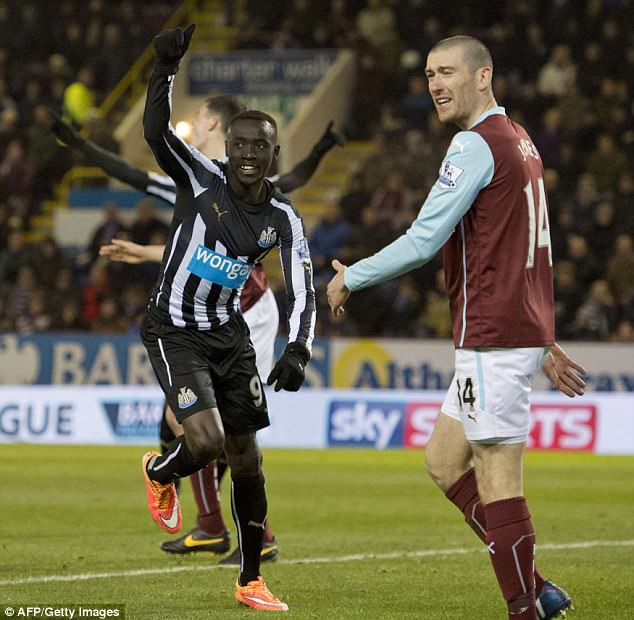 Burnley have faced the most shots in the Premier League this season (170) but no side have allowed their opponents to score with a lower proportion of their shots than the Lancashire side (five per cent).

Just one of the eight Premier League goals that Newcastle have conceded this season have come in the first half; a league-low.

Of the 73 players to have been involved in 80-plus duels, Burnley defensive pair Ben Mee (69.2 per cent) and James Tarkowski (66.3 per cent) have the best duel success rate.

Mee and Tarkowski also lead the way in the Premier League for opposition shots blocked in 2017-18 (16 each).

Chris Wood has scored in over half (31) of his 60 competitive club appearances since the start of 2016-17, including a last minute equaliser for Leeds against Newcastle last season in the Championship.