A mother was left in stitches after seeing her five-year-old daughter’s drawing of a thistle – which bears a striking resemblance to part of the male anatomy.

Little Aila Devaney, from Dundee, drew the national flower of Scotland for her teacher to celebrate Burns Night after learning about Robert Burns in school.

She decided to make a special collage to celebrate the bard and later presented the finished drawing to Mairi Orchardson, her mother – who couldn’t help but laugh.

Aila had drawn the plant, and added two round leaves at the base of the flower – complete with a big purple circular flower made from tissue paper at the top.

Aila Devaney had drawn the thistle, and added two round leaves at the base of the flower – complete with a big purple circular flower made from tissue paper at the top 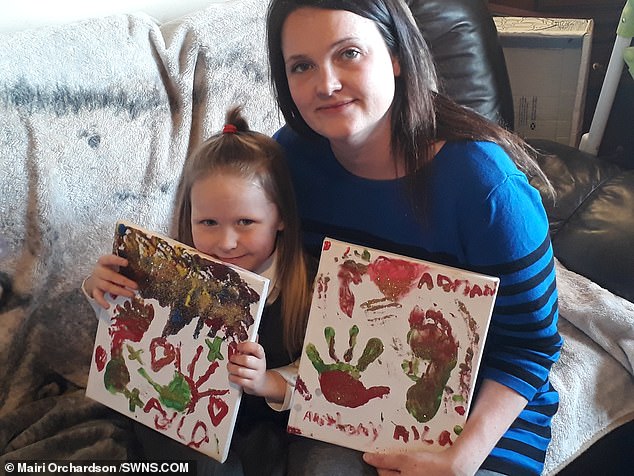 Aila Devaney, five, pictured with her mother Mairi Orchardson. Aila was learning about Robert Burns during class last week in the run up to Burns Day on Saturday

Ms Orchardson, 35, said she noticed straight away the sketch ‘looked more like a penis’ than a thistle.

Aila handed the drawing over to her teacher on Friday – and is obviously none the wiser as to why it made her mother and teacher laugh.

Mother-of-four Ms Orchardson said: ‘It really doesn’t look like a thistle and I found it really funny. It is supposed to be a thistle with two leaves.

‘She has no idea what it actually looks like, bless her. I found it hilarious because it looks like a penis. 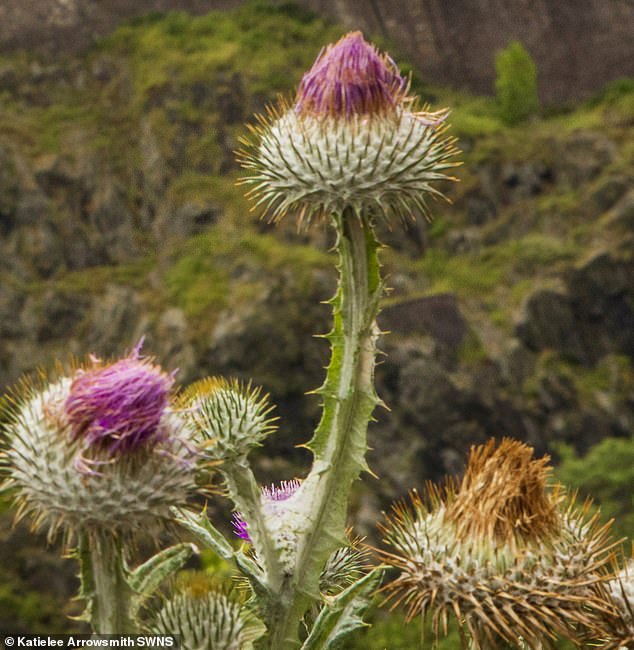 Ms Orchardson, 35, said she noticed straight away the sketch ‘looked more like a penis’ than a thistle (pictured)

‘Aila is very creative and loves to draw. She always makes gifts to give to her teachers. She is very innocent and doesn’t have a clue.’

Aila was learning about Robert Burns during class last week in the run up to Burns Day on Saturday.

Stay-at-home mother Ms Orchardson jokingly asked Aila’s teacher if she liked her daughter’s drawing when she picked her up from school at the end of the day.

Ms Orchardson said: ‘We had a joke about it. She found it funny too.’

WHO WAS ROBERT BURNS? 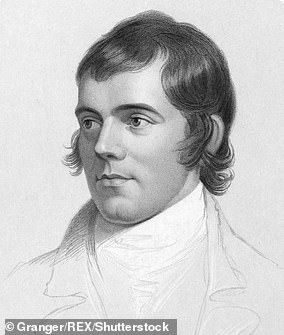 Robert Burns was born 25 January 1759 and died 21 July 1796 and was widely regarded as the national poet of Scotland.

He was  a high-ranking member of the Freemasons and much of his popularity stems from the fact he was a farmer’s son who could speak to the common man.

But he also led a varied social life which exposed him to different sections of society.

In his poems, he often used small subjects to express big ideas and he is often thought of as a pioneer of the Romantic movement. For instance, in ‘To a Mouse’, he draws a comparison between the lives of mice and men.

He was a source of inspiration to the founders of both liberalism and socialism after his death. Burns has a national day named after him on the 25th January each year.

At New Year, his poem ‘Auld Lang Syne’ is still sung to this day. For 200 years his birthday has been celebrated with suppers in his honour.