Britain’s spy centre was hit by a leak today – after a burst water main supplying the facility took out the supply to 7,000 homes.

Some 17 schools were closed after a 24-inch pipe burst in a field near the M5 motorway in Cheltenham, Gloucestershire, while GCHQ was also affected.

Engineers were digging underground to fix the problem as Severn Trent Water apologised to its customers but failed to give an exact timescale for a fix. 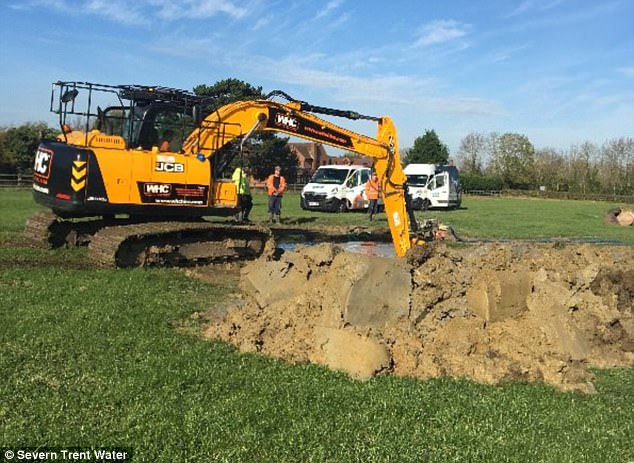 Officials at GCHQ, which is home nearly 6,000 staff, told MailOnline that they had ‘robust contingencies’ in place and it was ‘business as normal’ at the centre.

Tankers have been moving water around the network to restore supplies as soon as possible, after the leak in a field off Chosen Hill Rugby Club in the town.

Meanwhile a local Asda store was forced to close and one branch of Morrisons ran out of bottled water within an hour of the leak.

A Severn Trent Water spokesman said: ‘We know how difficult it is to have no water, and we’re sorry for the inconvenience this may be causing.

‘We’d like to reassure our customers that we’re doing everything we can to get the water supplies back on and some customers are now starting to see their water returning. 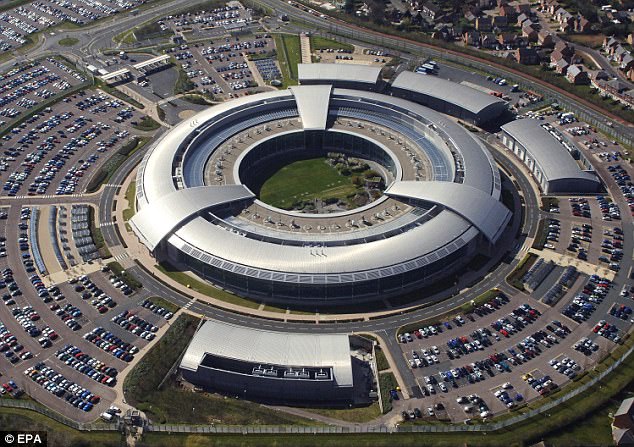 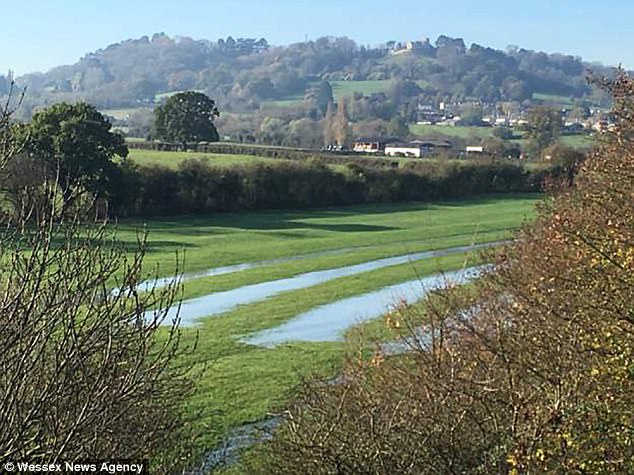 The burst water main providing water to the GCHQ facility took out the supply to 7,000 homes 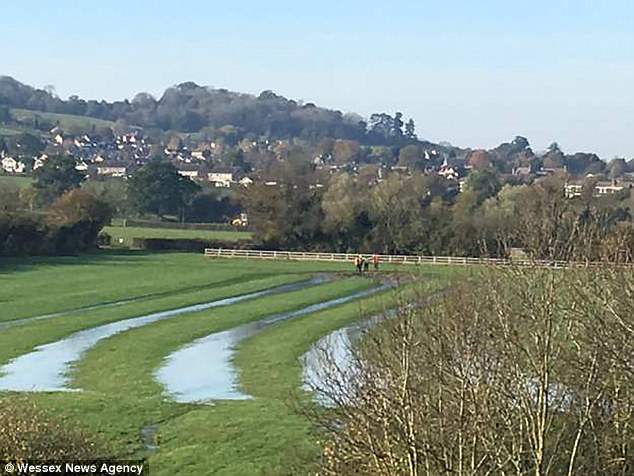 ‘We know there are still customers with no water, and some who are seeing it coming and going as we’re working to restore the supply for everyone.’

The company is also setting up sites to hand out bottled water to those affected and said it appreciates ‘everyone’s patience as we focus on this repair’.

A GCHQ spokesman said: ‘GCHQ was affected by the burst water main in Cheltenham earlier today.

‘We have robust contingency plans which ensured that our work to keep Britain safe remains unaffected.’

The water leak came as parts of Britain fell to -5C (23F) overnight as the country experienced its first widespread overnight frost of the season.