Footage of a furious bus driver kicking a teenager after the boy taunted him during an argument over a bus pass has surfaced online.

In the shocking clip, the teen yob verbally abuses the driver and dares him to a fight.

The fuming bus driver then kicks the boy and tries to grab him – but the laughing youngster manages to make a run for it and the man falls to the ground.

The video is believed to have filmed by another teenager in Hunt’s Cross, Liverpool. 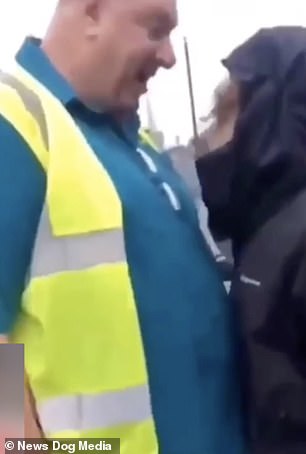 The heated argument allegedly started after the bus driver confiscated the boy’s expired bus pass from him.

At the start of the clip the teenage boy is seen squaring up to the bus driver as they both stand outside the vehicle.

As his friends watch, the youngster taunts the burly man and dares him to a brawl.

The bus driver replies back to him: ‘Or what?’

But the teenage boy continues goading him and shouts ‘F**k off!’ at him.

The yob continues abusing him and yells ‘Get back on your bus you f*****g stupid t**at! Don’t ever say you’ll smash my head in.’ 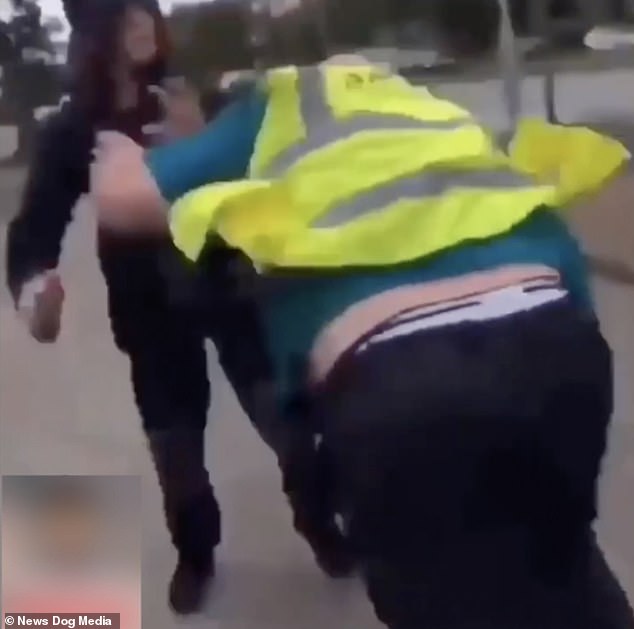 This abuse appears to be the last straw for the bus driver and the irate man kicks the teenage boy.

The youngsters all yell in shock and start to run away. As the boys flee, the bus driver tries to grab the teen but falls to the pavement as he attempts to catch him.

The teenagers cruelly laugh and jeer at the bus driver as he lays on the ground. The driver gets back on his feet and the youths continue to sneer at him as they film their getaway.

According to social media, the teenage boy had attempted to attack the bus driver on a previous occasion. However the incident in the video allegedly arose after the bus driver confiscated the boy’s expired bus pass.

According to social media reports, the police are not investigating the matter. 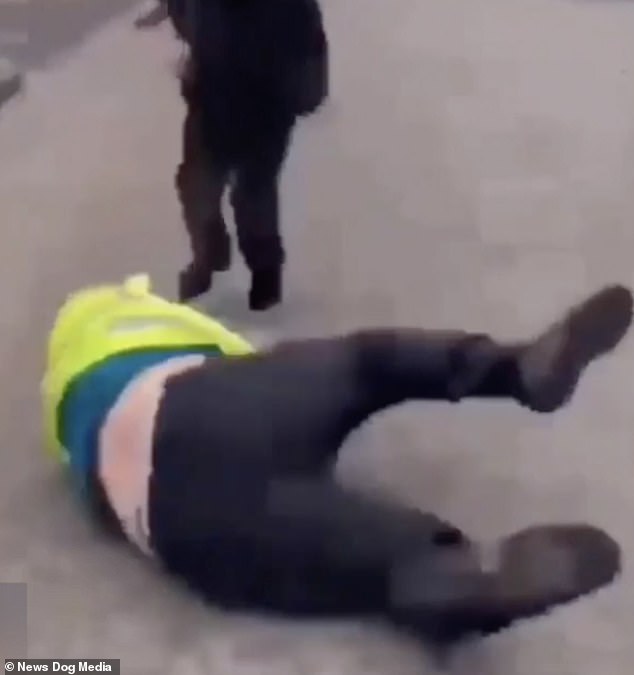 Many social media users defended the bus driver and condemned the youths in the video. Nicola Deveney wrote: ‘I am actually gutted for the driver. It must of taken a lot of abuse to get him off the bus [sic]’

Janet Hitchmough commented on the video: ‘You have a man trying his hardest to earn a decent living. Just remember that bus driver or other bus drivers have go your grandparents or parents safely where they need to go’.

Meanwhile @jammyjay88 said ‘What on earth is wrong with the youths of today. Let’s hope nobody treats them this way when they finally get a life and job.’

A spokesperson for Arriva said: ‘Our driver’s behaviour is unacceptable and we will be looking into the matter now this footage has come to light.

‘The incident happened on 19 August when our driver was changing over. At this stage we understand that a number of individuals threw liquid at the driver in question before verbally abusing him.

‘Arriva does not tolerate abuse towards its staff.’