The Chinese seem to have a unique way in dealing with drivers who park their cars in the wrong places – move their vehicles to a rooftop.

Similar incidents have been observed across the country and the latest one occurred on Saturday.

One driver in Hubei Province was given a lesson on the first day of the Lunar Chinese New Year after workers at a bus garage used a crane to remove the troublesome car. 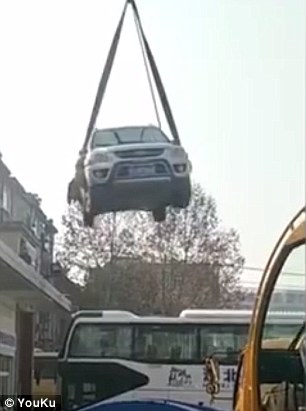 Get out of my way: Workers at a bus garage in China use a crane to move a car to a rooftop

A video has emerged on the social media which captured the bizarre scenes.

According to the footage, the incident occurred in the Huantong Bus Garage in Xishui County. It’s understood that the silver car had been left in the bus garage without permission.

An onlooker can be heard saying in the video clip: ‘This is what happens to people who park their cars in the wrong place.

‘Who told them to park it at will, now the car got lifted to the rooftop and kept there.’

The bus garage has not responded to the matter. 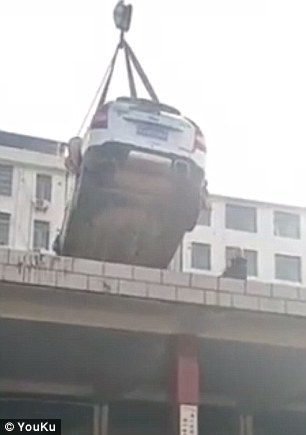 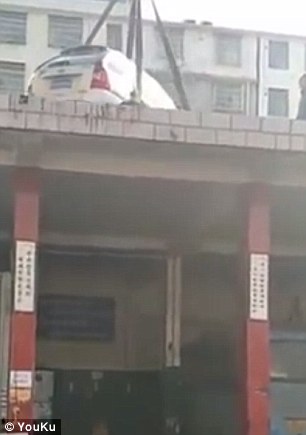 There won’t be a next time: An onlooker claimed the driver had left the car in the bus garage in Xishui County, Hubei Province, without permission and the car had been blocking the way

It appears the Chinese often use a crane, instead of a penalty ticket, to deal with unruly drivers.

Last August, a woman allegedly parked her car illegally in a residential block in Benxi city for 38 hours and refused to pay the fine to the residential estate. As a result, a property manager hired a crane and placed the vehicle on a roof.

In 2016, a garage owner in Qingdao city decided to punish those who park in front of his garage. The man used a forklift truck to place the cars on the roof of his garage. 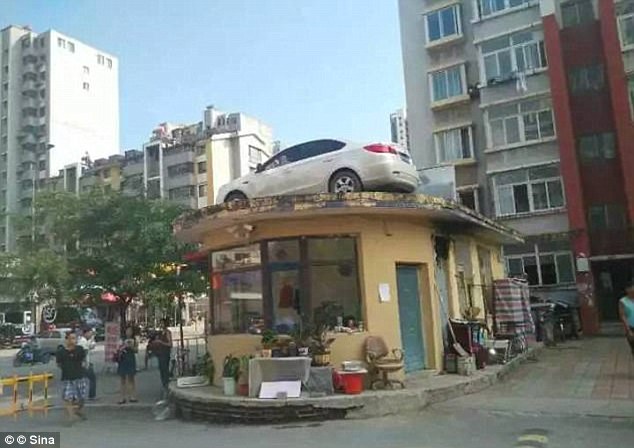 A property manager in Benxi, China, moved a woman’s car to the top of a security station 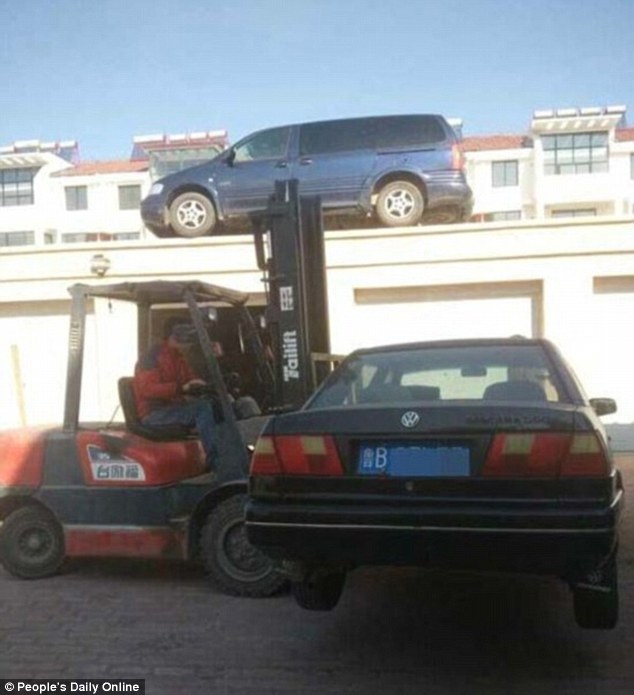