More than 800 people have been told to flee their homes as a massive out-of-control bushfire closes in on properties on Queensland’s coast.

Several homes have reportedly been lost and an emergency situation has been declared, with firefighters urging residents north of Bundaberg to follow bushfire survival plans or leave immediately.

Police, fire crews and State Emergency Service volunteers went from door to door in Deepwater and Baffle Creek on Sunday night to tell people to evacuate as 12-metre high flames tore through bushland, The Courier-Mail reported.

‘Everything was just red, it was so red. My clothesline, probably 100m away from my backdoor… I couldn’t even see my clothes line,’ one Deepwater local said.

‘We knew the fire was right on us, we could hear it, we could see it. Then all of a sudden my phone went off and it said ”Evacuate Now”.’

More than 800 people have been told to flee their homes as a massive out-of-control bushfire closes in on properties on Queensland’s coast. One resident shared this picture taken in the state’s far north on Sunday 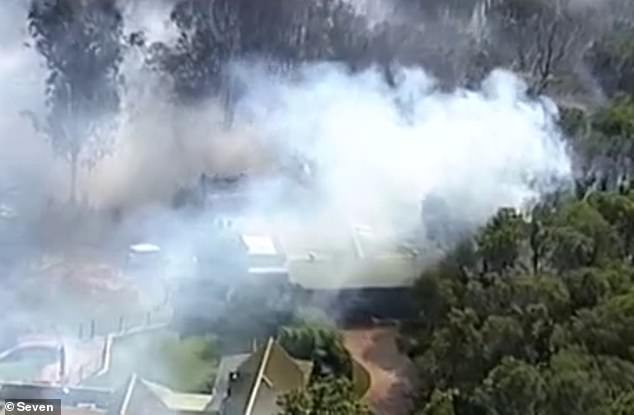 A emergency situation has been declared, with firefighters urging residents north of Bundaberg to follow bushfire survival plans or leave

Queensland Fire and Emergency Services Commissioner Katarina Carroll said about 600 people were tipped to evacuate from Deepwater Creek plus 200 from Baffle Creek.

‘The intensity of this fire covers some 9000ha and the flames are more than 10 to 12m high,’ she told the paper.

On Monday morning the ‘dangerous and unpredictable’ fire at Deepwater National Park was moving south-southwest and many properties were ‘still potentially at risk’, QFES said.

Ms Carroll told Channel 9 on Sunday the scale of the blaze had not been ‘seen in this part of the world before’. 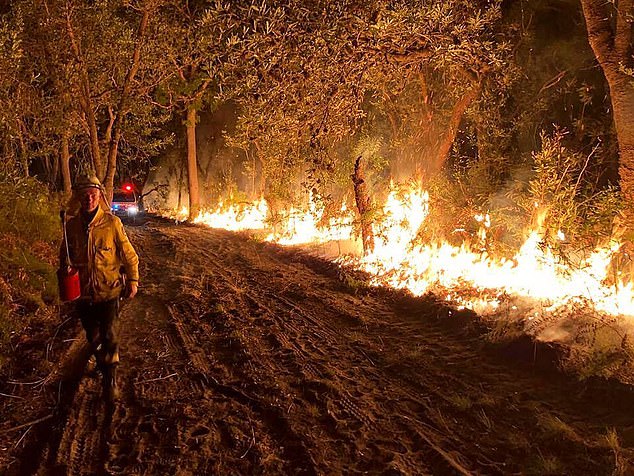 At 8.15pm on Sunday the ‘dangerous and unpredictable’ fire at Deepwater National Park was moving south-southwest 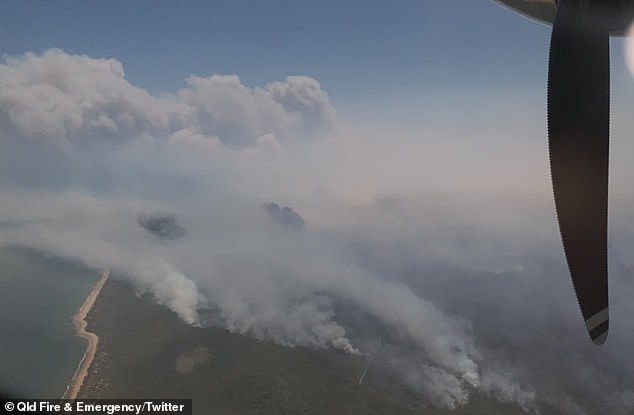 Premier Annastacia Palaszczuk said: ‘The intensity of this fire covers some 9,000 hectares, and the flames are more than 10 to 12 metres high.’

An evacuation centre has been set up at nearby Miriam Vale, with police assisting with evacuations from the community.

The Wartburg State School at Baffle Creek is closed due to the fire, the Department of Education said.

Residents to the north of the national park around the suburb of Round Hill are being advised to prepare to leave.

At 8.20pm on Sunday the fire was moving north-northeasterly towards homes, with firefighters warning they would not be able to protect individual houses. 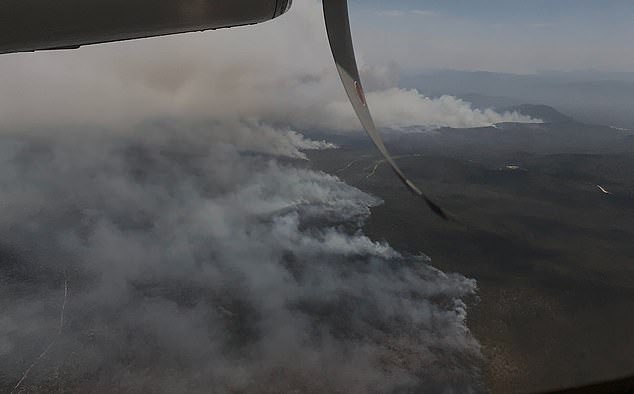 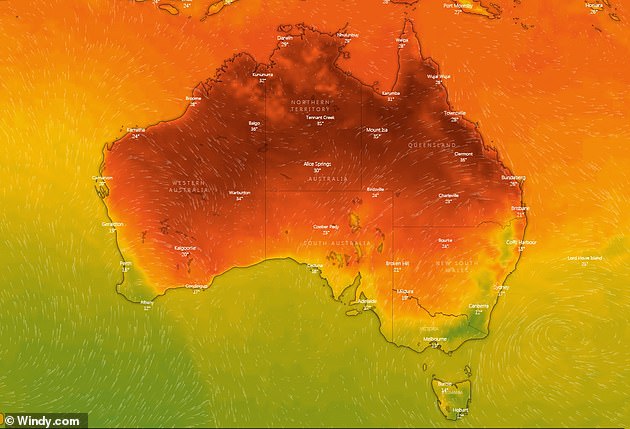 To the southwest, firefighters were monitoring a blaze at Lowmead and other fires at Mt Urah, southwest of Maryborough, Googa Creek, south of Blackbutt, and Injune, north of Roma. All posed no threat to property.

Another fire south of Brisbane near Undullah is burning within containment lines and residents are being advised to keep up to date with the blaze.

Hot westerly winds, high temperatures and low humidity are making most of the state like a tinderbox, fire authorities said.

Residents in rural areas have been urged to take the usual precautions, including avoiding using machinery and power tools if possible, and to call triple-0 immediately if they spot a fire. 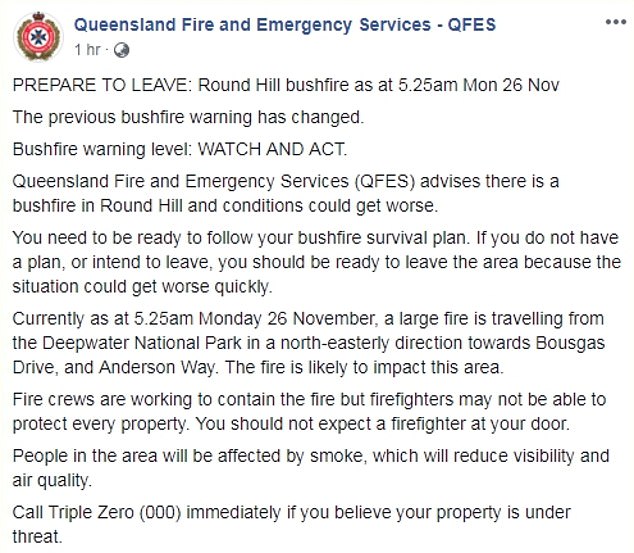