Business owners reveal how to be a successful entrepreneur

Turning an idea into a multi-million dollar company is no easy feat, but founders from three Australian start-ups have revealed their secrets to success.

Speaking to Daily Mail Australia, the trio said that while hard work and dedication were vital to achieving success, everyone has the ability to do so.

Founders from three multi-million dollar Australian start-ups have revealed their secrets to success, including hard-work and determination, but say everyone can do it

Mr Anear brought his business SafetyCulture to life from his Townsville garage in 2004, after witnessing a tragic workplace accident.

While employed as a workers compensation investigator he saw a man who committed suicide after his marriage broke down following his injury.

Hoping to stop such a cycle from occurring, he created an app that provides a thorough checklist for workplaces to prevent accidents, and credits three factors to the success it has since achieved.

‘To be a good entrepreneur you need courage, right timing and good luck,’ he said.

‘You need courage to take the risk to turn an idea into a product or service, and you also need to time your idea with a market that’s ready for it.

‘And you need a bit of luck on your side, as sometimes there are unforeseen things that you can’t predict and you need the cards to fall on your end.’ 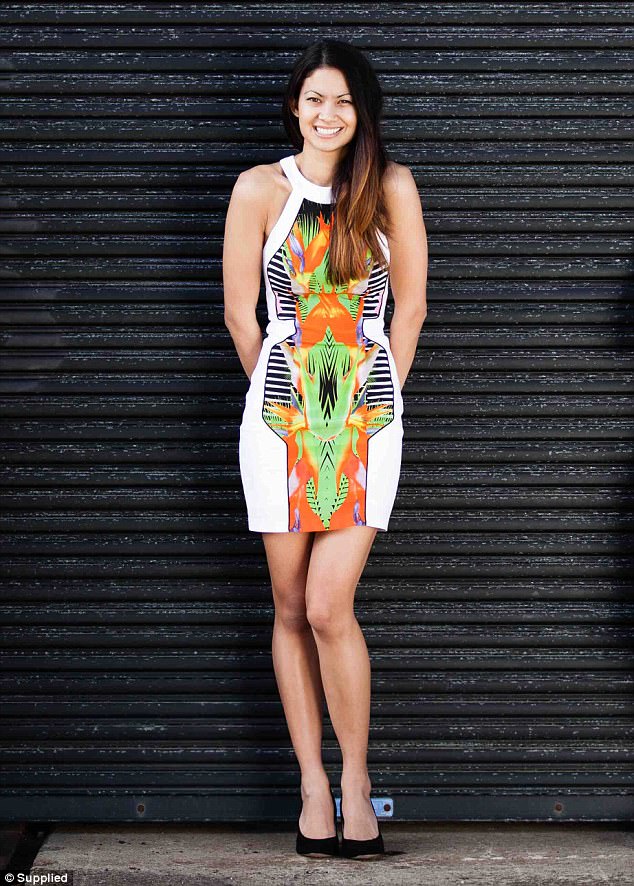 Successful businesswoman and co-founder of graphic design platform Canva, Melanie Perkins (pictured), believes it is all about determination 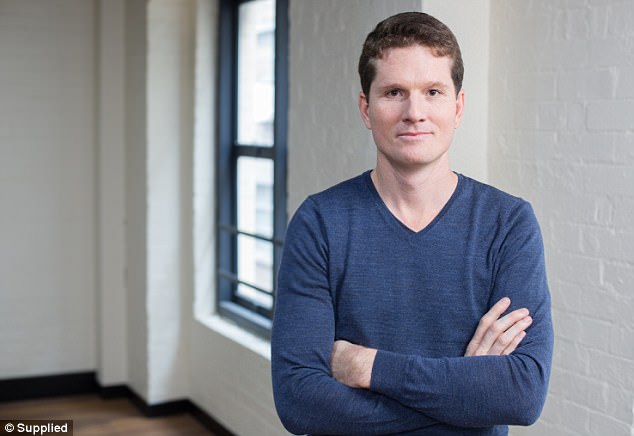 Luke Anear (pictured) from checklist app SafetyCulture brought his business to life in 2004 and credits three factors to the success it has since achieved, including courage, timing and good luck

For Vinomofo co-founder Andre Eikmeier however it was simply ‘unwavering self-belief and brutal self-awareness’ that helped him succeed.

‘It’s a tenuous balance. You have to be humble and self-critical enough to make big changes along the way,’ he said.

He started his online business, which delivers ‘really good wine’ to people’s doors, with Adelaide mate Justin Dry in 2011.

The company now boasts more than 500,000 users in its ‘tribe’ and makes an average profit of $60 million a year.

Meanwhile, successful businesswoman and co-founder of graphic design platform Canva, Melanie Perkins, believes it is all about determination.

‘I discovered when I was fairly young that if I work really hard, I can usually succeed at whatever I put my mind to,’ she said.

‘Learning this at a young age has been like a magical super power, because it becomes a self-fulfilling prophecy – if I try really hard and fail, it just means that I need to try harder until eventually I succeed.’

Ms Perkins formed the drag-and-drop website in 2002 alongside Cliff Obrecht and Cameron Adams, with more than 10 million people now using it to create everything from presentations to business cards. 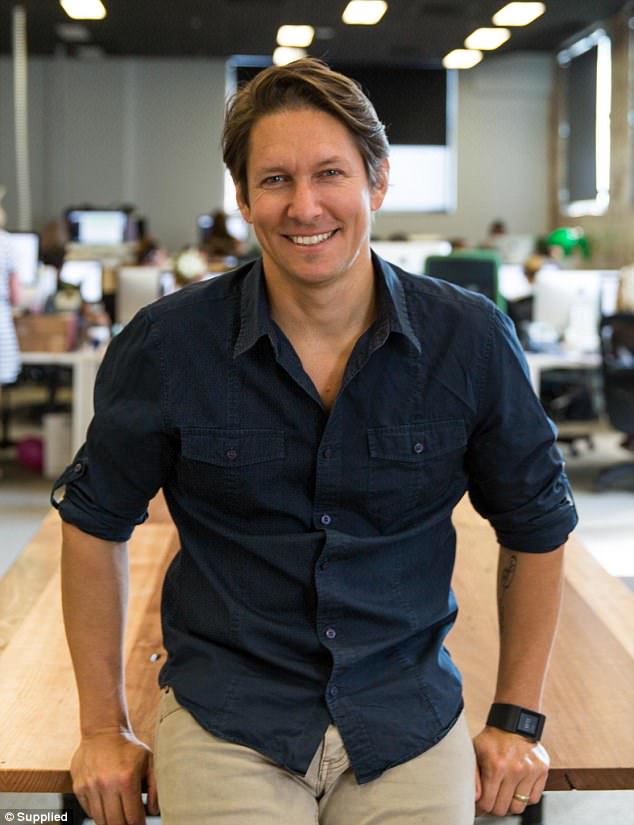 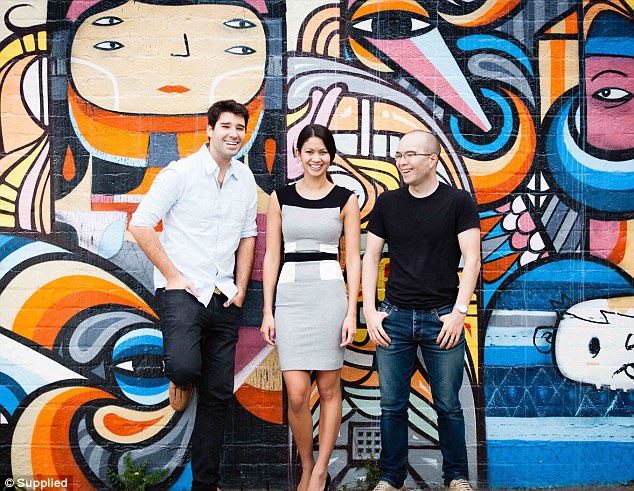 Knowing that struggles were something everyone goes through helped Ms Perkins (centre), who said there was no ‘secret formula’ or ‘overnight success’

But with every start-up there are both highs and lows to manage, which all three founders said have proved difficult.

Mr Eikmeier stressed ‘keeping your eye on the prize’ was important to remain in the right frame of mind, as well as celebrating the highs when they came.

Knowing that struggles were something everyone goes through has helped keep Ms Perkins motivated.

‘Something we often say at Canva is that if it were easy, it probably wouldn’t be worth doing,’ she said.

‘There’s never a secret formula, there’s no such thing as an overnight success; just a lot of hard work and overcoming challenges one by one.’

For Mr Anear it was about preparing for the intensity of the venture but remembering to also take some personal time to recharge.

‘I turn to sports, with mountain biking my favourite thing to do to get my mind off work,’ he said. 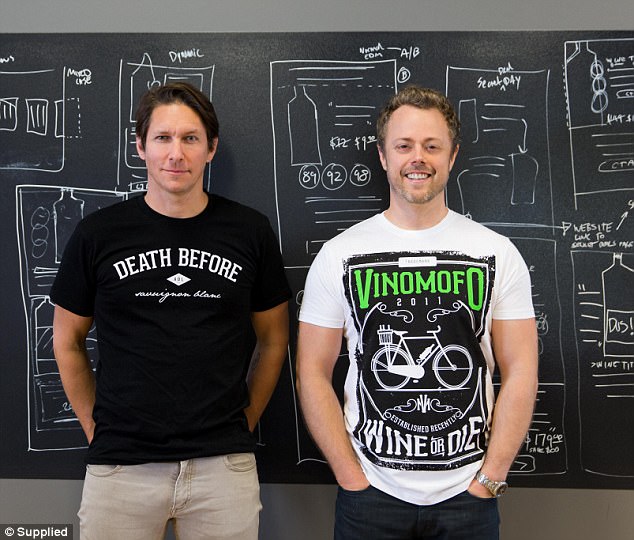 For Mr Eikmeier ‘keeping your eye on the prize’ was important when starting out as an entrepreneur, as was celebrating the highs when they came 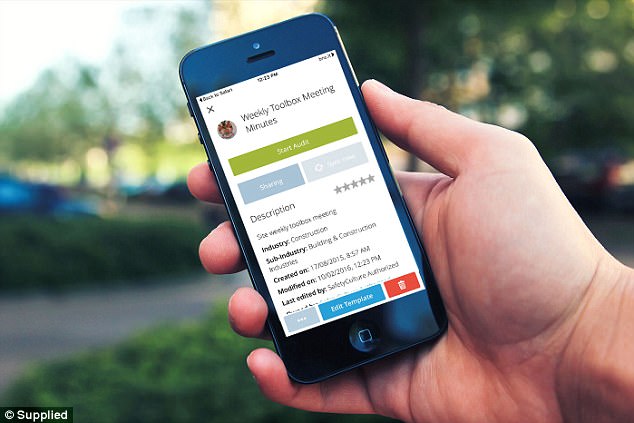 Keeping their work and personal lives separate has proved one of the hardest parts of running a business according to Mr Anear, Mr Eikmeier and Ms Perkins.

For Ms Perkins it was important to try and ‘switch-off’ every once in a while by turning to nature.

She said: ‘I love getting outdoors, and I’ll often go for long walks around Sydney’s coast on the weekend.’

‘I also love travelling and try to head overseas each year, to completely reset and recharge.’

Mr Anear said being 100 per cent present helps him fully appreciate his time with his family and friends.

‘It may seem like there’s never a good time to take off, but I always try to take a few days over a weekend to spend with my love ones,’ he said.

And travelling between Adelaide and Melbourne for work actually helps Mr Eikmeier, who says he can devote specific time to home and work.

‘When I’m in Melbourne, I can be all in on Vinomofo, but when I’m home (in Adelaide), I don’t work weekends so I’m all there for the family,’ he said. 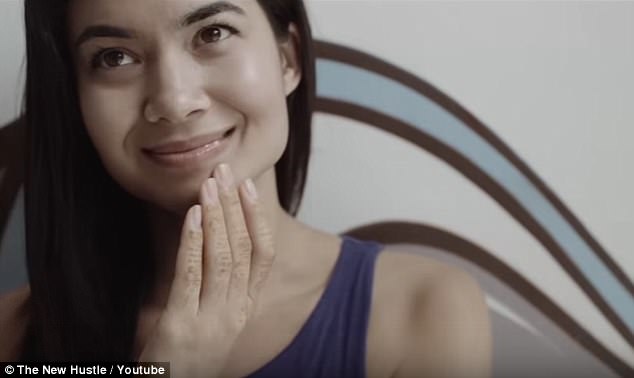 Ms Perkins (pictured) said it was important to try and ‘switch-off’ every once in a while, which for her means talking a walk or travelling 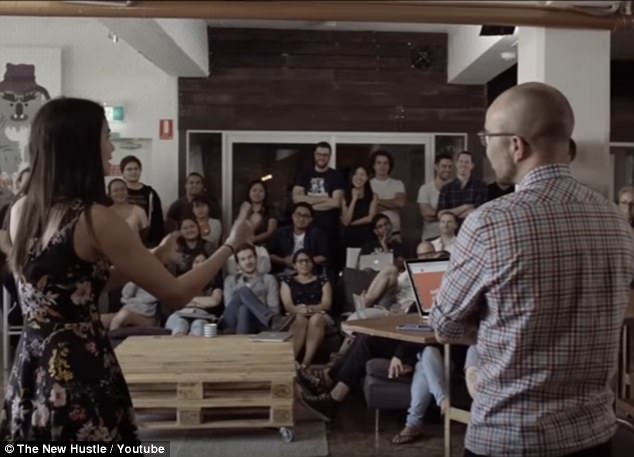 All three founders feature in the recently released documentary The New Hustle (pictured), which is directed by Emmy Award winner Patrick Moreau

All three founders feature in the recently released documentary The New Hustle, which is directed by Emmy Award winner Patrick Moreau.

Pioneered by Mr Anear, the documentary hopes to shed light on how anyone can become an entrepreneur.

‘Ultimately, I want to show that it really is just normal people that are creating technology that improves our daily life,’ Mr Anear said.

Vinomofo Co-founder Andre Eikmeier added that it was about taking the risk to put a idea into motion.

‘We want the smartest 17-year-olds leaving high school wanting to be a start-up founder, not a lawyer, doctor or engineer,’ he said.

‘You can live a safe life in fear, or a glorious one by having a go. If you’ve got an idea, don’t die wondering.’

The New Hustle’s trailer can be viewed here, with the full film available on iTunes from August 29.

Tips to becoming a successful entrepreneur

Creativity is only part of what makes a successful entrepreneur. Taking the leap to see it through it vital, the founders said.

‘Determination is one of the most undervalued skills when it comes to being an entrepreneur… it’s like a muscle, the more that you flex it, the stronger it gets,’ said Ms Perkins.

All three founders said that a strong belief was half the battle creating a successful business, as there are plenty of lows to deal with.

‘You have to believe in yourself, against the odds, for long, sustained periods of time,’ Mr Eikmeier remarked.

Persist when things get hard

Having the strength not to give up when the going gets tough was an ideal Mr Anear, Mr Eikmeier and Ms Perkins all transcribed to.

Ms Perkins said: ‘I’m fairly certain that achieving anything in life requires a lot of hard work and persistence.’

Be prepared to fail

The founders said that while setbacks are part and parcel of becoming an entrepreneur, by learning from each one you can create something special.

‘Getting Canva off the ground has been difficult and taken a long time, more than ten years. But (it’s been) an incredible adventure,’ Ms Perkins said

Take time to yourself

To ensure you give 100 per cent when at work, preparation is important. But so is enjoying the few moments you have away from it. For Mr Anear, mountain biking and reading were favourite pastimes.

He said: ‘I like to read to get fresh ideas, I find that any time I am stagnant, it’s because I’ve stopped reading’

Let yourself off the hook every now and then

Working hard and trying to maintain connections with family and friends can be hard, so don’t feel like you have to live up every day.

‘It often feels like the whole world wants a piece of me, and I’m being torn in many directions, and guilt is a constant. But I have to just be kind to myself. I’m doing the best I can for everyone,’ Mr Eikmeier said.