Businessman, 29, trying to prosecute Boris Johnson over Brexit vote claim that UK sends EU £350m a week that could be spent on NHS instead is ‘politically motivated’ says MP’s lawyer

A businessman trying to prosecute Boris Johnson over his claims that the UK sends the European Union £350 million a week – that could be used for the NHS, has been branded as ‘politically motivated’.

Marcus Ball, the creator of the ‘Brexit Justice’ campaign has accused Mr Johnson of ‘abusing public trust’, following the claims which were made during the 2016 referendum campaign.

The former foreign secretary could be prosecuted for misconduct in public office over the claims, however his lawyer has said that the £350million figure was ‘arbitary’ as the Conservative politician was not exercising state power when the claims were made.

Adrian Darbishire QC said that standing on the hustings in a contested political debate once or ten times with a campaign messages ‘is not an exercise of the functions of government’.

He added: ‘It doesn’t fall within the scope of this offence.

‘It was explicit in the early days of this process that if politicians could be prosecuted then it could assist in putting a halt to Brexit.’ 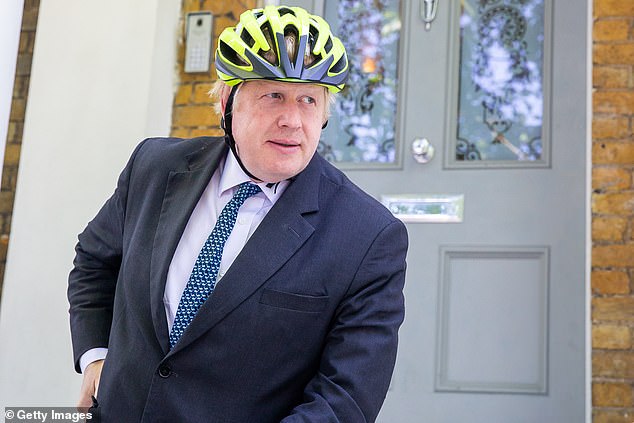 He referred to Mr Ball listing Johnson as one of six ‘targets’ and added: ‘It’s a political motivation whichever way you look at it. Today is just a culmination of that process with that motive running throughout.’ 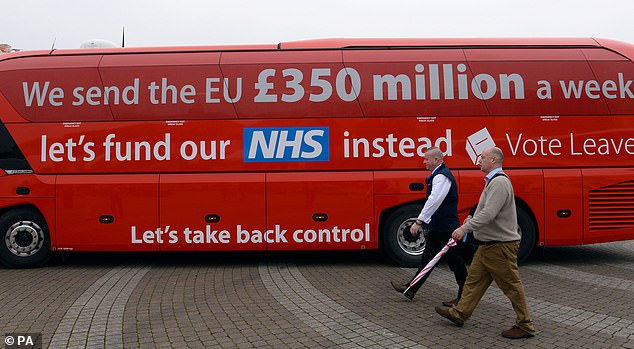 Today, a district judge reserved judgement over whether the private prosecution against the former foreign secretary would go ahead.

Brexiteers used the slogan ‘We send the EU £350 million a week – let’s fund our NHS instead’ in the run-up to the 2016 referendum.

Mr Johnson was rapped by a national statistics watchdog over the claim and appeared in hustings with the slogan in the background.

Today District Judge Margot Coleman reserved judgement over whether the former foreign secretary could be prosecuted under the public misconduct charge.

She told a packed hearing at Westminster Magistrates Court: ‘I will send a copy of my written ruling to the press office. I will give you my decision on Wednesday the 29th.’

Mr Darbishire also added: ‘What we suggest is that behaving without integrity, if proven, simply because you are not entitled to do it doesn’t mean that it brings with it the consequence of criminal prosecution.

‘There’s as we say the middle ground. ‘The world doesn’t just decided into black and white. The criminal offence is narrowly confined to serious abuse of state power.’