Stafford Cant (pictured), 47, hid a lens under the laces of his trainers so he could roam around fancy boutiques and supermarkets to ‘upskirt’ his unsuspecting victims in Alderley Edge, Cheshire

A public-schooled businessman used a spy camera hidden inside his shoe to secretly film up the skirts of women shopping in one of Britain’s wealthiest villages.

Stafford Cant, 47, hid a lens under the laces of his trainers so he could roam around fancy boutiques and supermarkets to ‘upskirt’ his unsuspecting victims.

He committed his crimes in Alderley Edge, Cheshire, where millionaire locals include the wives of Premier League footballers and soap stars.

The management consultant also had a camera installed in his wrist watch and car key fob to film between women’s legs.

When police raided his home in Macclesfield they found a catalogue of 222,000 videos, stretching back seven years.

They included a video he had taken of a female colleague from under his desk, and even child rape images.

He claimed he ‘had a compulsion to collect things’, but was jailed for three years yesterday after admitting voyeurism, possessing and distributing indecent images at Chester Crown Court.

Cant double life was unmasked after police acting on a tip off raided his home in the village of Alderley Lodge and found his perverted library. 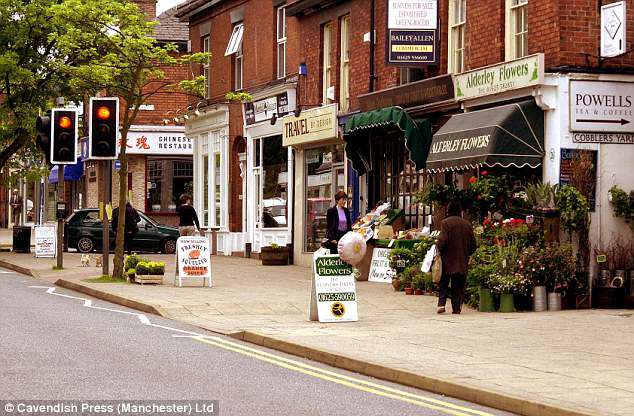 He committed his crimes in Alderley Edge, Cheshire (pictured), where millionaire locals include the wives of Premier League footballers and soap stars

One video from 2011 also showed Cant covertly filming a female work colleague’s legs under his desk whilst another illicit sequence showed his own unsuspecting ex-girlfriend lying naked with him on a floor.

Other films seized included horrific images he downloaded from the internet of children being abused and women being suffocated or strangled close to death.

Prosecuting, Anna Price said: ‘The offences came to light as a result of a search on January 31 last year.

‘Acting on information received police attended and seized various items and arrested the defendant taking from the property a number of laptops, computers, tablets, phones and hard drives.

‘There also were a number of covert recording devices, camera shoes, car key fobs with hidden cameras and a camera watch.

She added: ‘There was a variety of covert recording devices. Shoes modified to carry a camera with no other function other than to record up skirts.

‘Twenty videos were from supermarkets and there were key fobs and a camera watch to film the back of women’s and young girls legs.

‘He was moving the camera up and down to catch the area he wanted to film. He even covertly filmed under a desk filming a colleagues legs. 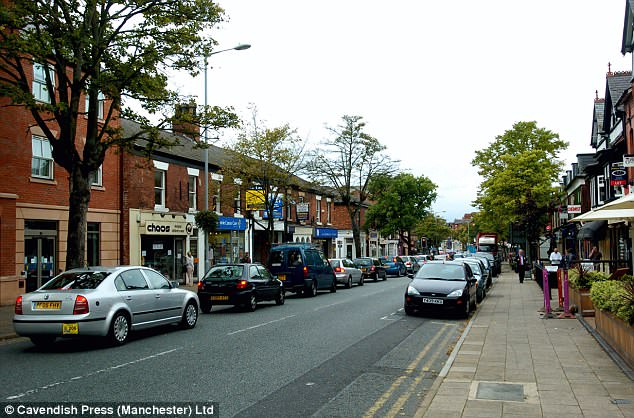 ‘Twenty videos were from supermarkets and there were key fobs and a camera watch to film the back of women’s and young girls legs,’ the prosecution said

One showed the rape and torture of a small baby.

Miss Price added: ‘The defendant used a file sharing software and it was identified that at least four of the files categorised had been distributed.

‘The examination of the devices showed large collections of indecent materials were regularly copied and moved to external devices.

‘The software had been set to share downloads which meant the defendant was offering to share a large number of images.

‘There are a number of videos showing women being asphyxiated, masks over their mouths and the women struggling to breathe.’

Cant later admitted he was responsible for downloading all the pictures and confessed none of the women in his secret videos consented to being filmed.

Miss Price continued: ‘He said he had a compulsion to collect things but they gave him no sexual gratification.

‘He said he had a fascination with the devices rather than the images. He claims he never distributed items online.”

In mitigation defence lawyer Michael Johnson said his client had lived with depression after ‘experiences’ he had as a young boy and he had since referred himself for cognitive behavioural therapy.

Mr Johnson added: ‘This man had demonstrated a determination to address his behaviour and what are perceived to be the underlying causes of that. 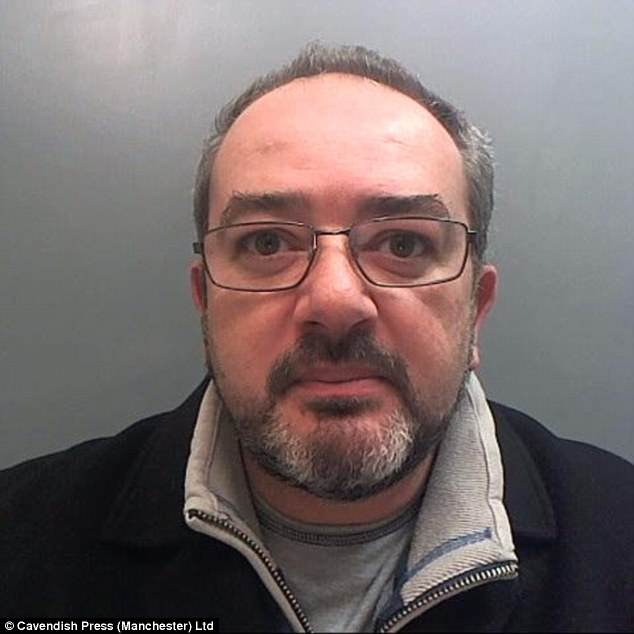 Jailed: When police raided Cant’s home in Macclesfield they found a catalogue of 222,000 videos, stretching back seven years

‘For many years he led a reclusive lifestyle and has been blighted by depression and anxiety but this type of behaviour accessing and collecting pornography has been used as a distraction.

‘Both looking at it and significantly collecting and hoarding distracted him from the difficulties he had and the negative feelings.

‘He has moved away from the area where he lived and the house he lived in because he felt disassociating himself from the property and how he lived there was part of the quest in making a clean break and living his life in a clean way.

‘There’s a serious underlying problem but he has demonstrated a want to address it and taken significant steps.

‘The obsessive and compulsive behaviour and collecting was certainly part of this and is significant in terms of the amount of material there was.

The distraction strategy spiralled out of control and that in tandem with compulsive and obsessiveness led to these set of circumstances.

‘He has been utterly disgraced and lost his good character. This is a man who had led an unblemished life.’

But sentencing Judge Simon Berkson told Cant: ‘People and children have suffered at the hands of others to a great extent there would be no suffering if there was no demand.

‘You fuelled that demand when you were involved in the distribution.

‘You filmed people in supermarkets up the skirts of people simply out shopping or in their workplace where you worked.

‘You set up a camera to film your partner undress. This is clearly very serious and you should be thoroughly ashamed of yourself.

‘Others who have written letters speak highly of you. You have a good degree, a good masters and other qualifications you are clearly a very intelligent man.

‘You have sought help since your arrest but this offending took place over a substantial period of time.’

Cant was also made subject a Sexual Harm Prevention Order and was ordered to sign the Sex Offender Register.