Sergio Busquets has admitted that Barcelona’s defeat by Roma in the Champions League was the worst night of his career.

Roma humiliated the Catalan giants 3-0 on Tuesday night as the visitors dramatically crashed out on away goals in the quarter-final stage of the Champions League.

Barcelona have never let slip a lead of that size before in Europe and for the third season running they have been eliminated at the same stage of the competition.

And speaking following the shock defeat in Rome, Busquets said any success come the end of the season will be ‘conditioned’ by their dramatic exit on Tuesday.

‘Yes, probably yes,’ replied Busquets when asked if this was the worst blow he has endured with the Nou Camp outfit.

‘We came from a very positive dynamic this season and today, sadly, everything has been cut short. 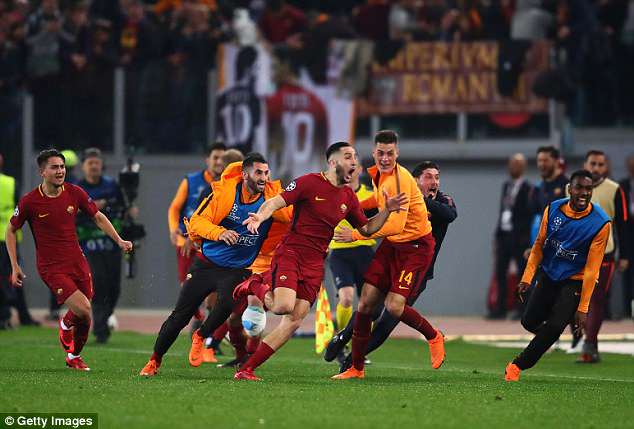 ‘We still have to go for all the titles (La Liga and the Copa del Rey), it wouldn’t be a bad season, but it will be conditioned by what we did here today in Rome.’

Meanwhile, Barcelona legend Andres Iniesta has hinted that he may leave in the summer and has played his last European game for the club.

‘This is a painful defeat because we didn’t expect it because of the advantage we had,’ said Iniesta. 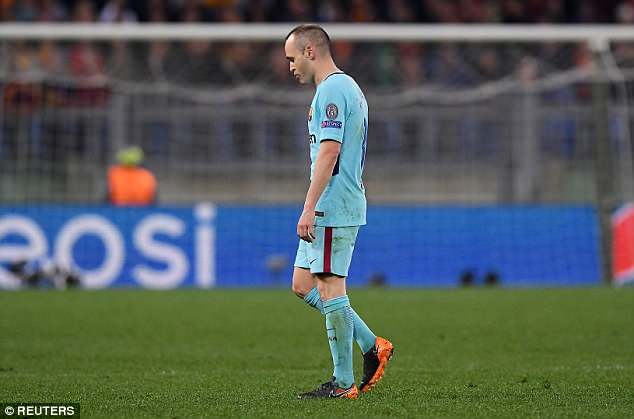 ‘It’s a possibility [that this is my last game in the competition], but it’s not the day to send messages, we are all hurt.’

Ernesto Valverde’s side will be desperate to bounce back when they take on Valencia at home in La Liga on Saturday afternoon.

They currently sit 11 points clear of second-placed Atletico Madrid and victory on the weekend would move them a huge step closer to winning the league.