The midfielder has put pen to paper on a contract that will run until the end of the 2022-23 season, and could ultimately see him finish his career at his boyhood club.

An influential figure at the Nou Camp, Busquets, who was named one of the club’s captains earlier this summer, has also seen his buyout clause rise from around £178m to £445m as Barcelona seek to keep hold of one of their prized assets. 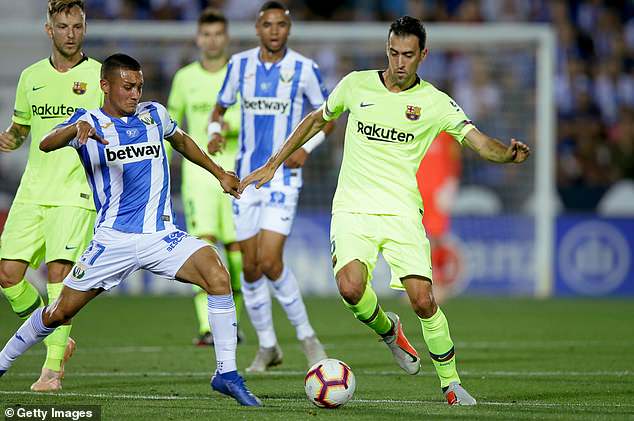 The 30-year-old has enjoyed a glittering career with Barcelona up to now, winning seven La Liga titles and three Champions Leagues after coming through under Pep Guardiola.

Busquets was, however, also part of manager Ernesto Valverde’s side that lost 2-1 away to Leganes in a shock result on Wednesday evening.

And following swiftly on from their 2-2 home draw with Girona over the weekend, the midfielder admitted after the match that he was worried about the club’s leaky defence.

‘The other day the point was different,’ he told reporters. ‘Today we have no excuse because we played 11 against 11.

‘We should have been solid but we have given chances away and it has cost us a lot.

‘I am worried about conceding goals.’

Barcelona face Athletic Bilbao next up at the Nou Camp on Saturday as they look to get back on track. 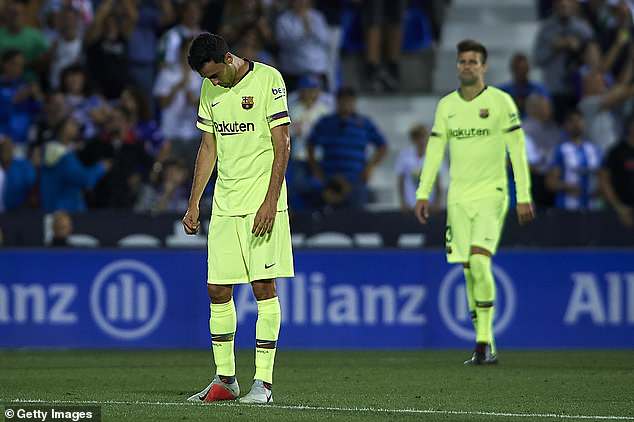