Dozens of families have no idea the Christmas ham sitting in their fridge could be contaminated with a potentially deadly bacteria.

More than 200 high-end half leg hams were urgently recalled amid fears they contained Listeria, which can send those poisoned into septic shock.

Vic’s Meats, which distributed the hams, admitted it still did not know how many of the $175 premium meats were unaccounted for.

The company said 206 Kurobuta Berkshire 4.5kg half leg hams with a best before date of January 29, 2019, were affected – about 10 per cent of Christmas sales.

Customers to its butcher shops in Sydney, Melbourne, and Brisbane bought 21, with five hams still unaccounted for.

The rest were sold to Simon Johnson butchers, which Vic’s Meats said was still trying to work out how many hams were bought and who to.

The company said the ‘remote chance’ of potential contamination was discovered in routine quality assurance testing.

‘Your health and trust is our first and last priority,’ the company said.

‘While remote, we have taken swift and decisive action to recall all potentially affected products and no one is at risk.’ 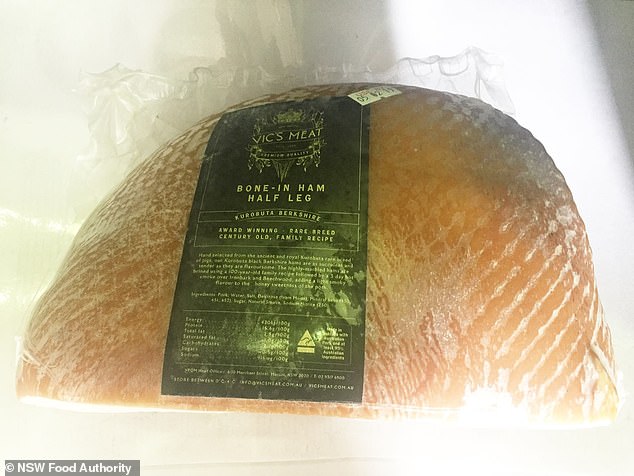 Australians are being urged to check their Christmas hams amid a mass recall and fears of contamination in Vic’s Premium Quality Meat’s 4.5kg bone-in half ham legs (pictured)

Vic’s Meats said it was conducting a detailed investigation with the meat’s producer to find out how its process could have been compromised.

The company promised to share the findings of its investigation publicly.

‘We need to point out, the brining, cooking and smoking of the Hams was not conducted by Vic’s,’ it said.

‘There is no risk of cross-contamination with any other products manufactured at our facilities.’

The NSW Food Authority issued the recall on Friday and urged shoppers to seek medical advice if they had concerns for their health.

The hams bought from Simon Johnson, Victor Churchill, and Vic’s Meat Market stores could now be returned for a full refund. 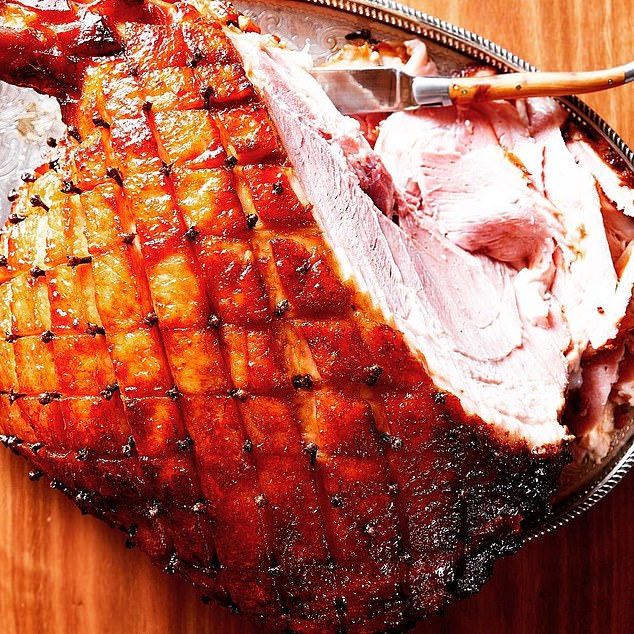 Kurobuta Berkshire, known as the ‘Waygu of pork’, is some of the most expensive pork in Australia and widely considered to be the best breed.

The pigs used in Vic’s Meat’s hams lived on a free range farm near Byron Bay on the NSW north coast.

It has been referred to as the ‘poshest butcher in Sydney’ and its Kurobuta pork is sold in luxury restaurants.

Listeria’s symptoms include headache, fever, tiredness, diarrhoea and abdominal cramps and can in rare cases can lead to sepsis or meningitis. 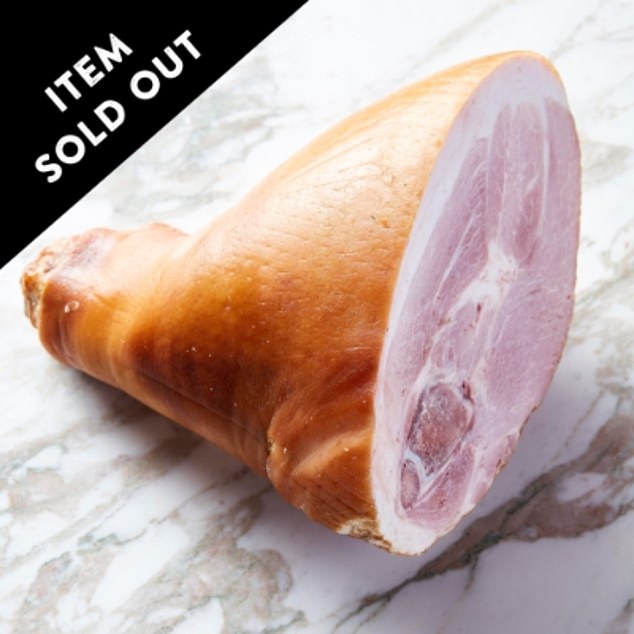 The company said 206 Kurobuta Berkshire 4.5kg half leg hams with a best before date of January 29, 2019, were affected

Pregnant woman, the elderly and people with low immune systems are at an increased risk of being affected.

Sales of rockmelon soon plummeted and eventually failed to recover as more cases of Listeriosis emerged across the country’s east.

The Australian Melon Association estimated growers could have lost up to $60 million after consumers were not immediately reassured of the fruit’s safety.

WHAT IT IS, THE RISKS, AND HOW TO AVOID IT

WHO IS SUSCEPTIBLE … AND THE SYMPTOMS

HOW TO AVOID IT