Butcher murdered by woodchipper may have had love triangle

A love triangle may have led to the murder of a Queensland butcher who was shredded alive in a woodchipper.

Bruce Saunders, 54, died after becoming trapped in the machine while helping a woman clear her driveway of trees with two friends on a rural property at Goomboorian near Gympie, southeast Queensland.

His death on November 12 was declared accidental at the time but police have now launched a murder investigation after discovering ‘several items of interest’ during a search of the area on Sunday. 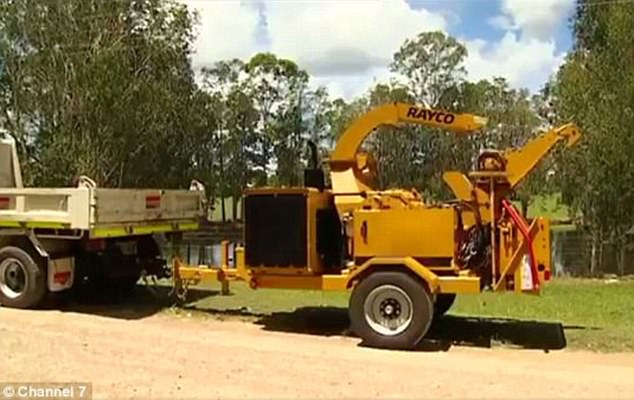 The 54-year-old butcher died after becoming trapped in the woodchipper (pictured) on November 17 last year near Gympie, south-east Queensland 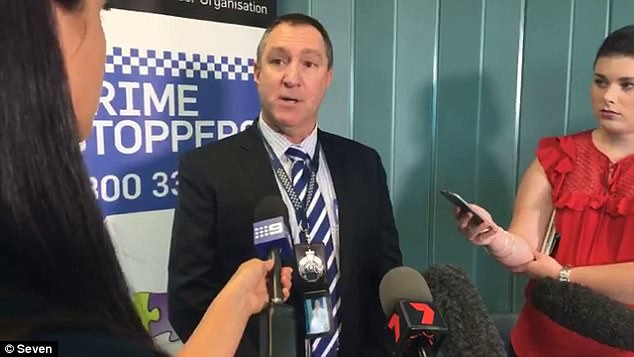 In a press conference, Detective Inspector Gary Pettiford refused to comment on the evidence but said: ‘We have re-interviewed two friends of the victim who were with him at the time and we have other persons of interest that we will be talking to’

Police are investigating whether a love triangle involving a woman was behind the death, according to The Courier Mail.

Detectives re-interviewed of two of the 54-year-old’s friends who were there at the time of his suspected murder.

Detective Inspector Gary Pettiford refused to comment on the evidence but said: ‘We have re-interviewed two friends of the victim who were with him at the time and we have other persons of interest that we will be talking to.’

Det Insp Pettiford did not say who the friends were but said he expected to lay charges ‘in the near future.’

Several items were seized for forensic examination and police said they were confident of determining exactly how Mr Saunders died.

‘We have a number of detectives and police experts investigating this incident,’ said Det Insp Pettiford.

‘Information we received during the course of our coronial investigations has lead us to believe that the death is suspicious.’

Mr Saunders, who worked as a butcher in his father’s shop Saunders Quality Meats, was described as a ‘decent fella with a heart of gold’ by friends. 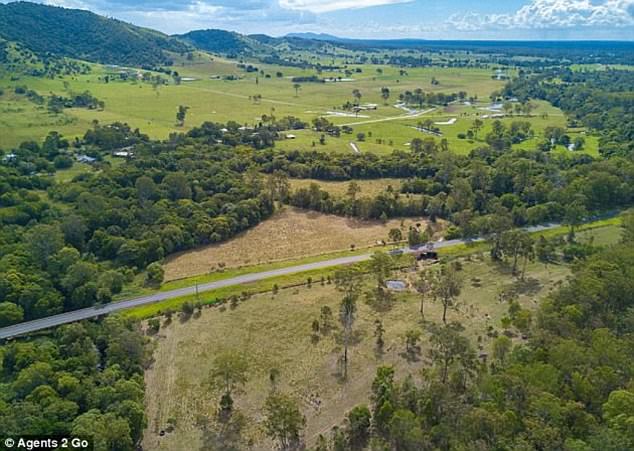 His sister and nephew described him as ‘a happy go lucky person’ and ‘someone you could sit and talk to about anything’.

Pettiford said the machine was not faulty and would not pull someone into the machine if they fell, meaning he was likely pushed.

‘Nothing was wrong with the machine, including all safety features,’ he said.

He revealed that it was one of Mr Saunder’s friends who dialled 000. They were believed to be up a nearby road at the time of the tragedy.

The men were on the last day of helping their female friend, who had recently been widowed and was selling her house, clear her driveway of trees. Police have not linked the woman to Mr Saunder’s death.

Paramedics were unable to revive Mr Saunders after arriving at the scene about 8pm.

Talking about the tragedy when it was believed to be accidental in November, Gympie police acting inspector Paul Algie said the circumstances were horrific.

‘He was placing a tree into a tree shredder; he’s become entangled within the machine and has died as a result of his injuries,’ he said.

‘He was found by his two friends, they attempted to get him out of the machine and were unable to do so.’

The scene was one of the most harrowing he had come across in 16 years of policing, he said.

‘I went out there this morning to speak to officers from Brisbane and I’d have to say it’s one of the worst incident scenes I’ve ever seen.

‘There was nothing that could be done to save this gentleman.’