A teenager who suffers from a life-threatening condition known as ‘butterfly disease’, is refusing medication because he is afraid of dying during the treatment.

Jonathan Gionfriddo, 17, from Stafford Springs, Massachusetts, endures agonising  pain every day due to epidermolysis bullosa (EB), which causes his skin to fall apart from within.

Jon, who is not expected to live past 30, said: ‘Its torture, mentally and physically. I’m fragile on the outside because of the skin disorder, but on the inside I’m just as weak.’

Doctors are urging Jon, who has to spend four hours a night bathing and bandaging his delicate skin, to undergo a new treatment that has drastically improved the condition of a fellow EB sufferer, who had one of the worst cases medics had ever seen.

Yet, the teenager is refusing any risky treatment after a routine operation left him fighting for his life.

In tonight’s ‘The Boys With No Skin: Extraordinary People’ on Channel 5 at 10pm, Jon meets fellow EB sufferer Charlie, who drastically recovered after having the revolutionary treatment.

EB affects around one in every 50,000 people worldwide.

Jonathan Gionfriddo, who suffers from a life-threatening condition known as ‘butterfly disease’, is refusing medication because he is afraid of dying during the treatment 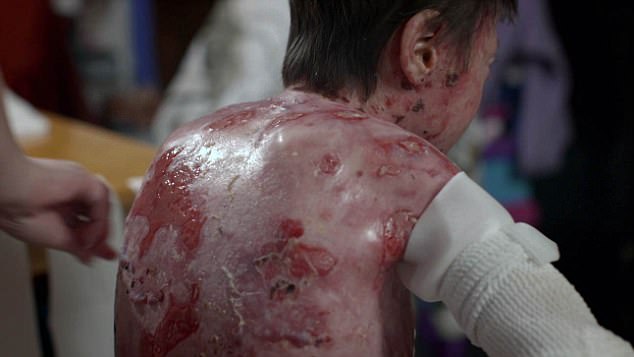 Jon endures agonising pain due to epidermolysis bullosa, which causes his skin to fall apart 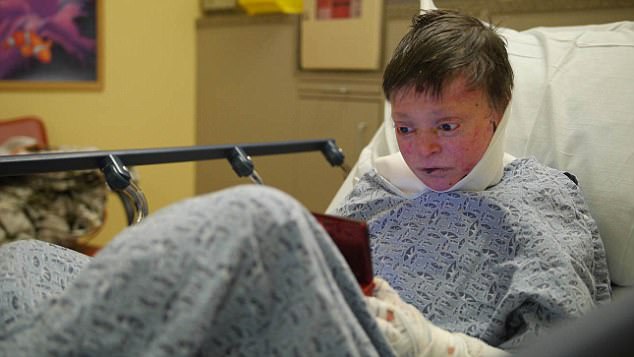 ‘It’s not worth the risk’

Describing the routine operation, Jon said: ‘They couldn’t get the breathing tube down my throat and my lung collapsed. So they tried to get me up and my other lung starts to collapse.

‘I almost died, I had a near-death experience.

‘If the treatment wasn’t life-threatening then yes I would definitely do it, but it’s just not worth the risk.’

In an episode of Extraordinary People, Jon meets with 11-year-old Charlie Knuth, from Minneapolis, who was also born with a severe form of EB.

Charlie, who was abandoned at birth due to his disorder, was put forward for the revolutionary therapy five years ago by his adoptive mother Trisha Knuth.

This involved implanting a donor’s bone marrow into Charlie to release stem cells that heal the body from within.

Jon’s mother Brenda said: ‘Within weeks you could literally watch his skin heal. It started in his head and you could see it travelling down his body, and overnight I witnessed his skin go from tissue paper, translucent in appearance, to normal little boy skin.’

Charlie is now hoping to take part in a gene-editing trial, which, providing funding is available and the study is a success, would finally offer an  EB cure.

Although nervous, Charlie’s success has motivated Jon to travel thousands of miles to see the doctor who led the procedure to discuss whether the treatment could work for him. 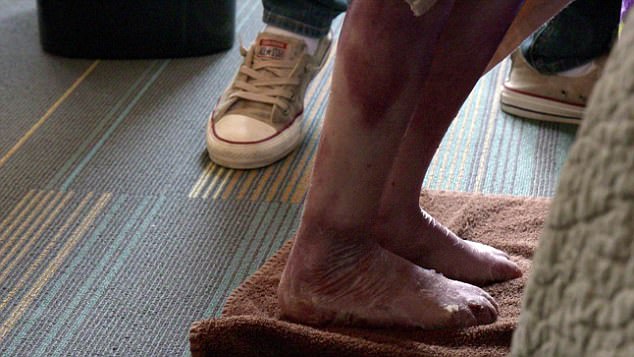 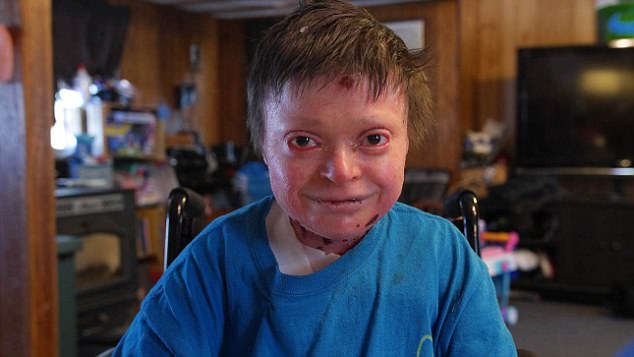 Brenda, said: ‘The day Jonathan was born was pretty hectic. They noticed something wasn’t right, he was missing little bit of skin here and there, and I figured he was just in too long as he was two weeks late.

‘They were testing for certain problems and the skin completely tore off when they tried to get a little blood out of him.

‘I had people coming and saying we think he has epidermolysis bullosa. It was pretty devastating, and it was probably one of the worst days of my life, because they told me how horrible his life was going to be.

Jon added: ‘Its torture, mentally and physically. I’m fragile on the outside because of the skin disorder, but on the inside I’m just as weak.’

‘The Boys With No Skin: Extraordinary People’ airs Monday 29 January 10pm on Channel 5. 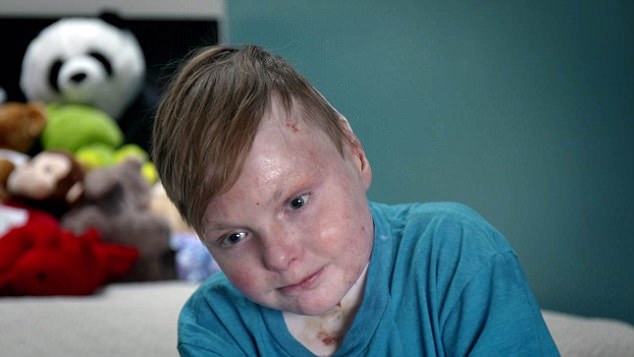 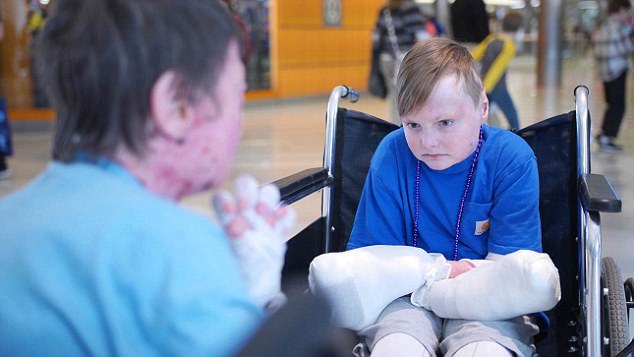 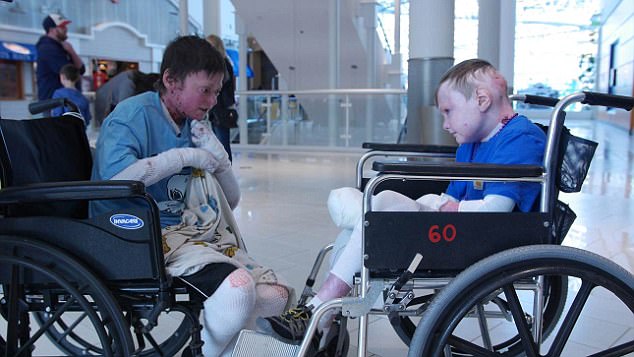