The mother of the teenager behind the wheel of a ute that crashed killing his five friends has told a court she heard prison officers openly discussing whether her son might kill himself.

Tyrell Edwards, 18, was released on a strict conditional bail this week, a month after the horror crash that took the lives of his five young friends, aged between 14 and 16 at Buxton, southwest of Sydney.

Ten days after the accident, his mother Renee Edwards feared for his life and in an affidavit dated September 16, worried he ‘might not make it through the day’.

Tyrell Edwards, 18, was released on a strict conditional bail this week, a month after the horror crash that took the lives of five children of his mates aged between 14 and 16 at Buxton, southwest of Sydney 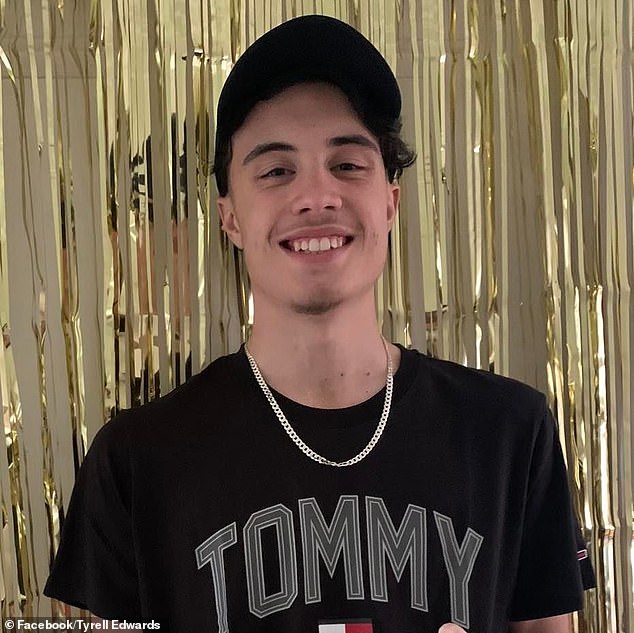 The mother of the teenager, Tyrell Edwards, who was behind the wheel of a ute that crashed killing his five friends has told a court she heard prison officers openly discussing whether her son might kill himself

Her son was charged with five counts of dangerous driving occasioning death and placed on suicide watch and was ‘obviously distressed’.

Ms Edwards told the NSW Supreme Court she was outraged by a conversation she claimed to have overheard between prison guards after speaking to Tyrell Edwards, The Daily Telegraph reported.

She couldn’t understand much of what her son said in the call because he was ‘so upset’.

Ms Edwards told the court she heard two ‘correctional officers’ conversing about the the likelihood of her boy taking his life.

The exchange took place after Ms Edwards’ son handed the phone back to prison guards after the difficult call. 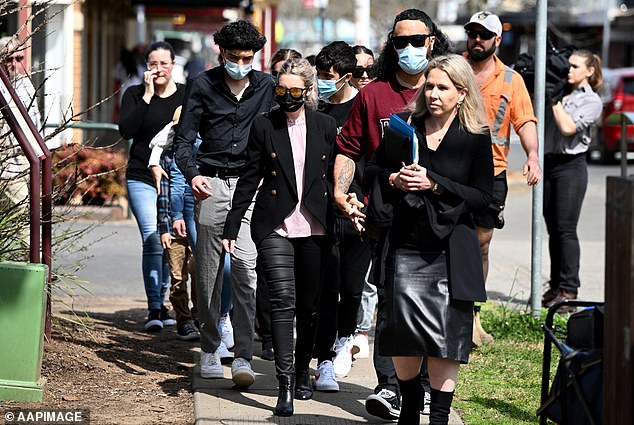 She claimed to have heard a female voice say ‘Do you think he will do it? He is responsible for five deaths.’

A male voice answered ‘kill himself?’

Ms Edwards was outraged and made an official complaint to Justice Health over the interaction and was told it would be investigated.

She was also told her son has been showing signs of ‘suicidal ideation’ but was in a ‘safe cell’ and was being constantly monitored by video.

Ms Edwards told the court that contact with her son was inconsistent and when they spoke he was ‘quiet and flat’.

The court also heard he was experiencing post-traumatic stress.

Edwards was granted bail, on a $100,000 surety, in part so he can receive psychological treatment for his worsening mental health.

Justice Robert Beech-Jones said Edwards ‘feared for his life’ and was badly affected by the fatal accident. 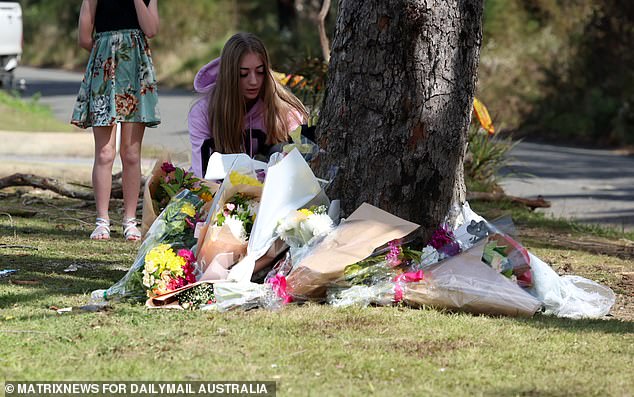 ‘The psychologist described the applicant as being affected by a combination of prominent distress, complex grief, anxiety, survivor guilt and shame, self condemnation and realisation of the stigma he will likely face both in the prison environment and the community,’ he said.

Soon after being transferred to Silverwater’s Metropolitan Remand and Reception Centre it was reported Edwards was struggling and has ‘nothing to live for’.

NSW Corrective Services said in a statement the ‘safety and welfare’ of prisoners was its ‘primary concern’.

The statement added that it reviewed management of inmates including ‘vulnerable’ people and those at risk because of their mental health.