There are more buy-to-let mortgage deals available now than at any point during the pandemic, including ‘green’ deals – but some landlords are considering leaving the market due to incoming energy efficiency rules.

The number of deals on the market has reached more than 2,700, according to Moneyfacts, the highest since March 2020 and an increase of nearly 1,000 annually.

Waste of energy? Availability of buy-to-let mortgages is improving, but some landlords are reticent to take advantage because of upcoming regulations around EPC ratings

As well as launching more products in general, lenders are increasingly offering mortgages that reward landlords with energy-efficient properties, as the Government moves to make less energy efficient homes effectively difficult to rent out within the next 15 years.

But despite these incentives, some landlords have told This is Money they would rather quit the market than spend money bringing their properties up to the required standard.

The Mortgage Works – the landlord arm of Nationwide and one of the UK’s biggest buy-to-let lenders – has re-introduced loans with 20 per cent deposits after withdrawing them at the beginning of the pandemic.

However, the one key difference from the previously available products is that they are now only available on properties that have an EPC energy efficiency rating of C or above.

Just 2 per cent of homes currently make the A and B grades, while around 85 per cent are either C or D, according to the latest English Housing Survey. Around 13 per cent, more than 14 million, are rated E, F or G.

Improving homes by adding better insulation or replacing gas boilers can cost tens of thousands of pounds – and some landlords say it is not worth it.

For certain older homes, it might not even be possible to get up to a EPC C rating.

Energy efficiency rules ‘by far the biggest threat’ to landlords

Despite the mortgage incentives on offer, some landlords told This is Money that they were not planning to bring their properties up to scratch and that instead they wanted to quit buy-to-let.

Most wanted to be anonymous because they did not want their tenants to find out that they wanted to sell before they had finalised their plans.

One portfolio landlords told us: ‘Of all the punitive recent legislation and anti-landlord changes, nothing comes close to the impending minimum C rating.

‘It is this alone that will cause me to sell my buy-to-let properties, and I suspect a large number of others.

‘My properties are old and as such will take a ridiculous amount of money to bring up to a C, even if that were possible, which I suspect it will not be.

‘It is by far the biggest threat to the buy-to-let market and it is within plain sight.’

TMW is the latest of many lenders to launch mortgages that are conditional on a property’s green credentials.

Most are offering higher loan-to-values or lower fees to landlords that own properties with an EPC C or below, though there are some offering better interest rates.

The Department for Business, Energy and Industrial Strategy is currently consulting on proposals to increase the EPC requirement to a C rating for all tenancies by 2028.

BEIS has said that mortgage lenders could play a key role in meeting the Government’s energy efficiency targets for housing, and suggested that they could be required to track and annually disclose the average Energy Performance Certificate rating of the properties they lend against.

‘One flat I own is a pretty Georgian one-bed in North London. All my tenants over 20 years have loved living there, as I did for seven years when younger, and I am always at hand to deal with any problems.

‘The EPC rating is now just below the standard, but to increase it to legal level, I must install gas central heating (being so small it has always been fine with Dimplex heaters).

‘This will cost me about £5,000 to install, but all signals are gas will then be banned due to environmental costs.

‘The constant upgrading of requirements is making my business, which has provided great safe and comfortable living for tenants over the years, simply unviable.’

In its announcement of the new deals, TMW referenced the BEIS consultation as the driver behind its decision to only offer the mortgages on homes with an EPC of C or above.

Daniel Clinton, head of The Mortgage Works, said: ‘With impending regulation on the horizon affecting minimum EPC standards across the PRS, we are taking pro-active measures through our lending proposition to support the transition.’

This week, Paragon Bank expanded its ‘green further advance’ mortgage range, as one of several lenders to venture into this market.

Paragon’s new 20 per cent deposit further advances are available for landlords who have four or more mortgaged buy-to-let properties, which are rated A-C, in England and Wales. 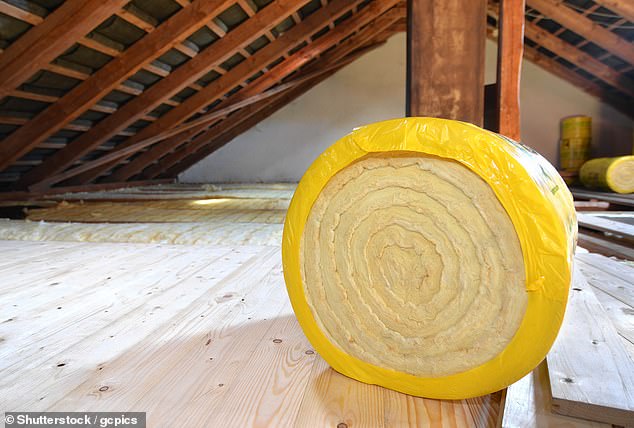 Initial fixed rates start at 3.75 per cent and there are no fees.

Other lenders that have offered special mortgages or incentives based on EPC ratings this year – either to landlords or owner-occupiers – include NatWest, Nationwide, Barclays, Virgin Money and Kensington Mortgages.

Prior to that, they were relatively unheard of – but with government pressure unlikely to let up, green mortgages seem to be here to stay.

Daniel Lee, principal broker at Hamilton Fraser Total Landlord Mortgages, said: This is clearly a condition which will become more prevalent, particularly if in the future mortgage lenders are required to track and annually disclose the average EPC rating of the properties they lend against.

‘Landlords should take note of this and be looking at ways to make energy efficient improvements to their rental properties, not least so they can achieve the best mortgages rates, but also to protect the saleability and value of their investment.’

However, for many, they would rather sell up and leave the market altogether.

‘I’ll be a holiday let owner instead’

Another landlord, who again wanted to be anonymous for fear of unnecessarily worrying his tenants, said:

‘I am situated in Wales and have a mixture of commercial and residential properties.

‘I have already sold one house last year and will be selling another when it becomes vacant.

‘My reasons for wanting to get out are many, but over regulation in the sector is probably the main one.

The EPC rating rising to ‘C’ is going to hit many landlords hard, because of the ages of some of the properties, it is not economical (or even possible) to bring them up to the required standard, without having to spend considerable sums of money.

‘I am 65 now and I don’t want my benefactors to have a large inheritance tax bill to pay.

‘I have a farm in Monmouthshire with a listed barn and I am going to rent this out for holiday lets, as there is much less hassle and it is a lot more lucrative.’

What is happening to buy-to-let rates?

The average two and five-year fixed rates for buy-to-let mortgages are sitting at 2.98 per cent and 3.28 per cent, according to Moneyfacts.

While they have decreased compared to 2019, these are 0.37 per cent and 0.31 per cent higher respectively than a year ago.

Eleanor Williams from Moneyfacts said this was due to lender caution amid the pandemic.

She added: ‘What is positive is the fact that the overall two-year fixed rate is lower now than in June 2019 – which means those coming off a two-year fixed deal may still find a better deal, depending on how much they have in equity and their circumstances.’