A sculpture shaped like a giant sex toy has been taken down in Byron Bay after a slew of complaints.

The Bayshore Drive Lighthouse was billed as an ‘optical illusion… both a journey and a destination’ when it was erected nine months ago.

The artwork, made up of 6000 aluminum birds, was removed on Thursday night to appease locals.

The structure, which cost ratepayers $55,000, was partially dismantled and removed following a backflip at a recent council meeting.

‘A staff report to the Council meeting outlined several incidents of people climbing the sculpture, attaching stuffed toys and flags and taking photographs in the centre of the roundabout over recent months,’ Byron Shire Council states on its website.

‘The sculpture was not designed to be climbed and, because of the height and location of the artwork, there were real concerns about the potential for serious personal injury as well as the risk of compromising the structural integrity of the installation.’ 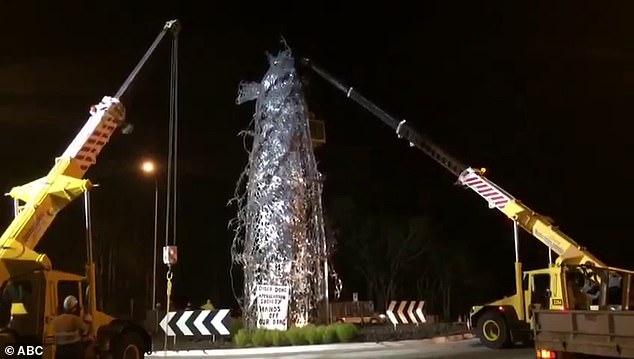 The council’s decision to remove the sculpture was welcomed by many locals.

‘Thank you! It’s lovely to see the landscape again driving to work. And I can finally see the oncoming traffic,’ one woman commented on Facebook.

Another added: ‘Council needs to be sacked. What a waste of time and money. Shame on you BSC.’

A Change.org petition claimed the sculpture was an inhouse decision made by council’s public art panel and erected in bureaucratic haste ‘without reasonable consultation with the community’. 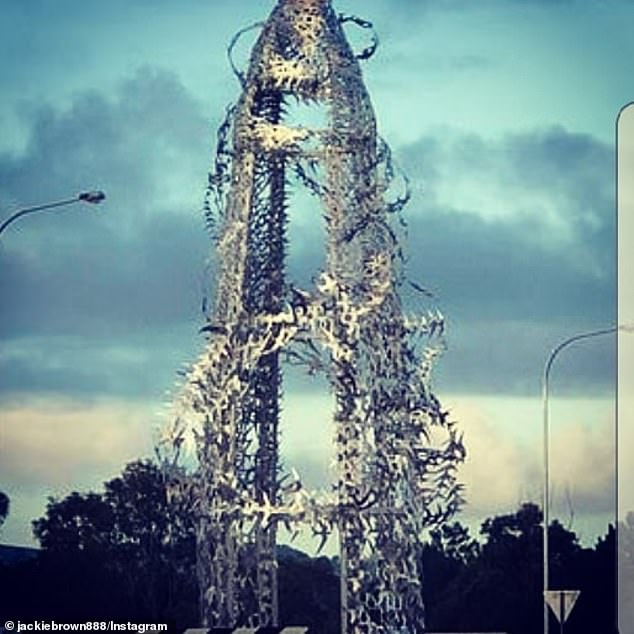 The lighthouse sculpture cost ratepayers $55,000 to install and at least $11,000 to remove

Some locals were disappointed to see the sculpture go.

A ‘Hands off our dong!’ sign was erected on the sculpture by the ‘The Byron Disco Dong Appreciation Society’ earlier this week, the ABC reported.

The sculpture was taken to the council depot, where the birds will be detached and taken to the Myocum Resource Recovery Centre. 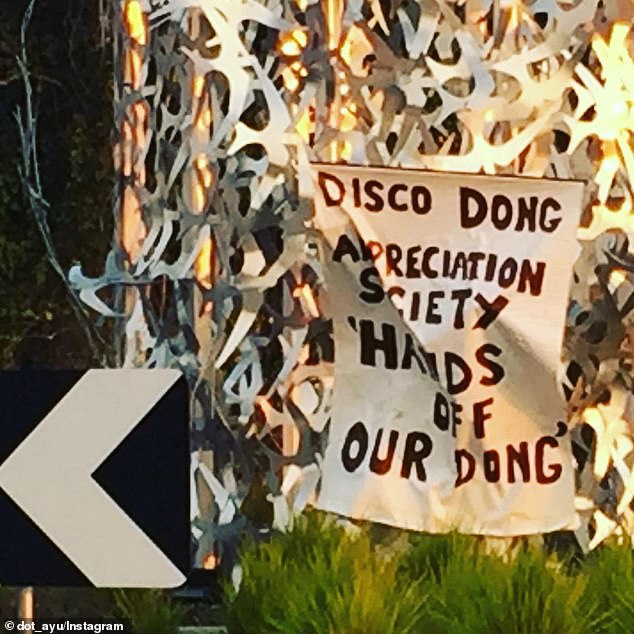 The sculpture had sparked anger from locals ever since it was installed last December.

‘A Christmas phallus for Byron and we’re the d***s who are paying for it!’ one wrote on a community Facebook page at the time. 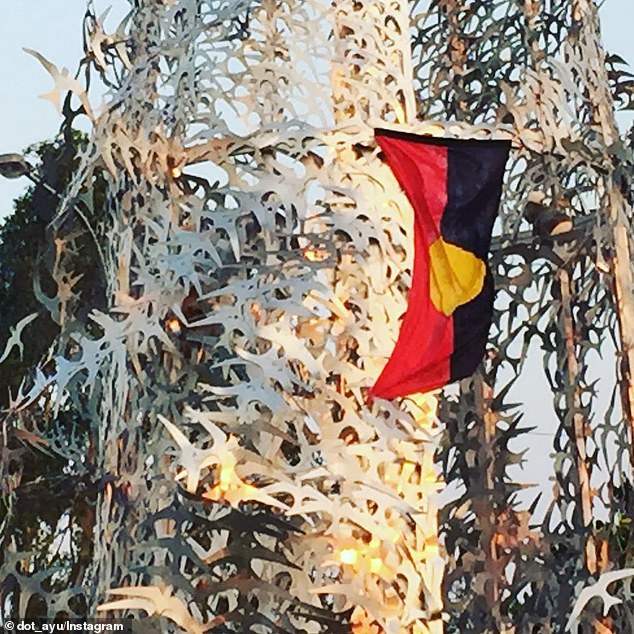