Britain could face civil unrest on the level of the yellow vest protests in France or the riots in Los Angeles in 1992 if Brexit is frustrated, according to senior allies of Boris Johnson.

Amid furious scenes in the Commons on Wednesday, the prime minister repeatedly described attempts to block no-deal as the ‘surrender act’.

Mr Johnson was accused of inciting hatred towards MPs with Labour leader Jeremy Corbyn warning that the PM’s language was encouraging people to behave in a ‘disgraceful and abusive way’.

A senior cabinet minister has now claimed that a potential referendum to overturn the result of the first one could lead to a ‘violent, popular uprising’.

And Dominic Cummings, Mr Johnson’s most senior and trusted adviser, said last night, amid the row: ‘We are enjoying this, we are going to leave and we are going to win.’

He added that Remainer MPs had become ‘badly disconnected’ from the rest of the world and what ‘real people’ outside London think.

Mr Cummings said: ‘The MPs said we will have a referendum, we will respect the result and then they spent three years swerving all over the shop.

‘It is not surprising some people are angry about it. I find it very odd that these characters are complaining that people are unhappy about their behaviour now and they also say they want a referendum.

‘If you are a bunch of politicians and say that we swear we are going to respect the result of a democratic vote, and then after you lose you say, we don’t want to respect that vote, what do you expect to happen?’

Mr Johnson also insisted he would not be bullied into apologising and said he’d continue using the term ‘surrender act’. 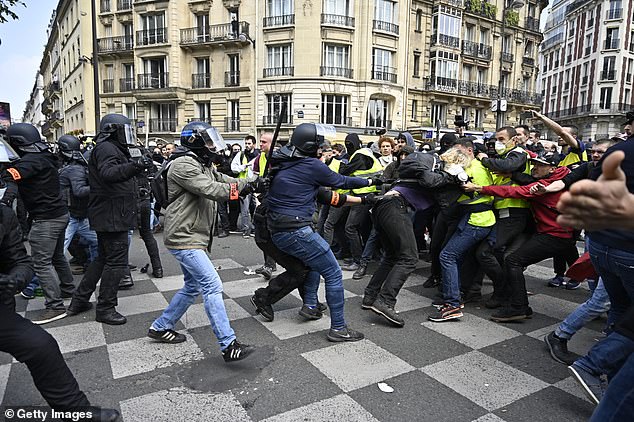 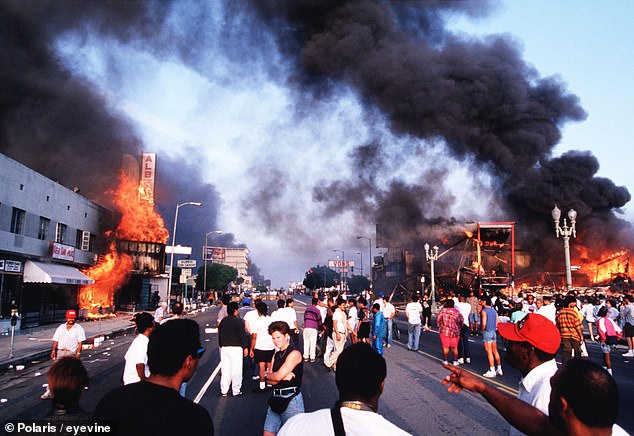 They added a potential referendum to overturn the result of the first one could lead to a ‘violent, popular uprising’

However, in an attempt to defuse the row, he said that ‘tempers need to come down’.

Despite this, one minister told the Times: ‘In this country we never had the gilets jaunes or the LA riots.

‘People don’t think it’s possible in this country just because it has not happened before.

‘Now they have a model — gilets jaunes — and it only takes a couple of nasty populist frontmen to inspire people.’

The minister added that reversing Brexit would lead to a catastrophic loss of confidence in the political system, echoing comments from the prime minister.

He said: ‘It doesn’t take much and soon you have tens of thousands of people on the street.’