Cabinet ministers ‘plot to keep Theresa May in power until 2021’

Cabinet ministers want to keep Theresa May as Prime Minister until 2021 to bring through a new generation of talent, it has been claimed.

Sources in Whitehall say senior figures in the Government want Mrs May to deliver Brexit before she steps down and they are keen to give her an opportunity to ‘slay the old guard’.

But it would cause outrage among Eurosceptic MPs who want her out of Number 10 when the UK formally leaves the EU next March.

Cabinet ministers want to keep Theresa May in Downing Street until summer 2021 so she can oversee reshuffles to bring in a new wave of young Tory MPs. Mrs May is pictured meeting Polish counterpart Mateusz Morawiecki at Number 10 last week 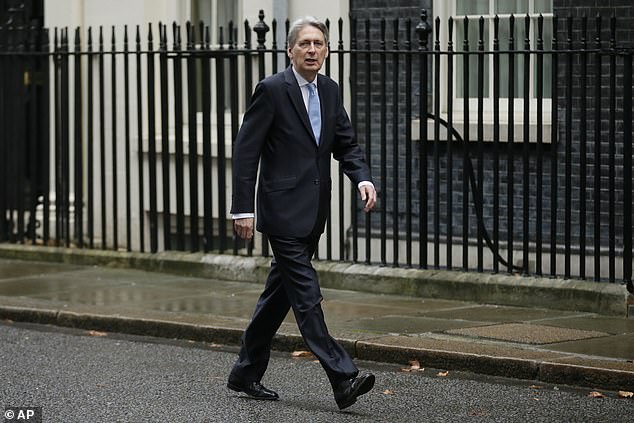 Sources suggest Chancellor Philip Hammond, pictured, could be one of the senior figures under threat in potential reshuffles before summer 2021

The premier announced she would not seek re-election earlier this month ahead of a successful battle with rebels over a no confidence vote, meaning she cannot be challenged again for another year.

A source told the Sun a new succession plan could allow Mrs May to carry out at least two more reshuffles of her core team, with the first lined up to coincide with Brexit.

She would eventually resign in summer 2021, and a new prime minister would then get almost a year to prepare the Conservatives for the next election, slated for 2022.

The source told the paper: ‘There is a real opportunity to bring in a new wave of Tory MPs through.’

The plan would mean they could get a team in place by the 2021 Conservative Party Conference.

But a Eurosceptic Tory MP told the Sun last night: ‘The PM must go as soon as practically possible after we leave the EU.

‘We don’t want her or her advisers working on the future trade deal with the EU. It just can’t happen.’ 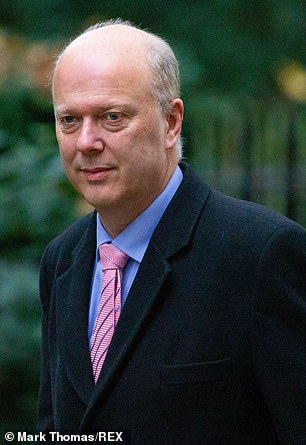 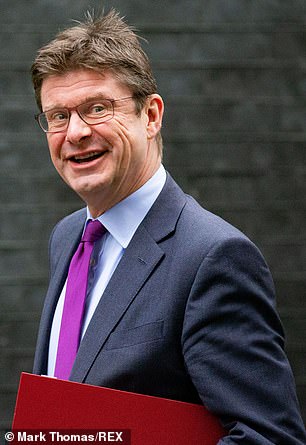 Transport Secretary Chris Grayling, left, and Business Secretary Greg Clark, right, could also be at risk of losing their positions in a reshuffle

It comes as Mrs May is facing a struggle to get her Brexit Withdrawal deal through the House of Commons ahead of a vote in January.

Mrs May is expected to pull out all the stops over the next few weeks to try to win support for her plan.

She has invited all Tory MPs and their spouses to a party in Downing Street in the new year, a week before the crunch vote.

The deal is currently being opposed as MPs fear the Irish backstop could trap Britain in the EUs custom union.

As it stands Northern Irish MPs won’t accept the plan as it would put checks on some goods travelling between Britain and Northern Ireland.

News of the party came as the Justice Secretary, David Gauke said Mrs May is unlikely to pursue a no deal Brexit if her deal fails.

He sparked fresh Tory infighting by saying he would be ‘very surprised if the Prime Minister went down that route’.

He also stood firm with his threat to quit if a no deal became the Government’s number one Brexit policy – saying he would find it ‘very difficult’ to stay.