Cabinet today signed off a ‘global’ post-Brexit immigration system with no preferential treatment for EU nationals.

Theresa May’s senior team agreed that the arrangements after the UK leaves the bloc should not discriminate against nationals from the Commonwealth or elsewhere.

There will also be tough curbs on access for low-skilled workers designed to bring down overall inflows towards the government’s 100,000 a year maximum target.

But skilled workers will still be welcomed, and there will be allowances made for specific industries.

The decision – set to be formally unveiled by Mrs May at Tory conference next month – came at a lengthy Cabinet meeting in Downing Street today.

Sources told MailOnline Chancellor Philip Hammond raised concerns about the speed with which the flow of migrants from the EU would be stemmed – but the view of the PM and Mrs May carried the argument.

The proposals do, however, leave Mrs May with room to make visa arrangements with the EU as part of a free trade agreement.

A Downing Street spokeswoman said Cabinet had been briefed by Migration Advisory Committee (MAC) chairman Professor Alan Manning on its recent report on ties to the EU.

‘Cabinet was told by Professor Manning that the MAC was recommending that, in the post-Brexit immigration system, EEA and non-EEA nationals should be part of one universal system,’ the spokeswoman said.

‘The Cabinet agreed that, once free movement is brought to an end, the Government will be able to introduce a new system which works in the best interests of the United Kingdom – including by helping to boost productivity.’

Earlier this month the MAC concluded there should be ‘no preference’ for nationals from the bloc under a new immigration system.

But it insisted high skilled workers should still be welcomed to Britain – and it should be easier for them to get in than those with lower skills. 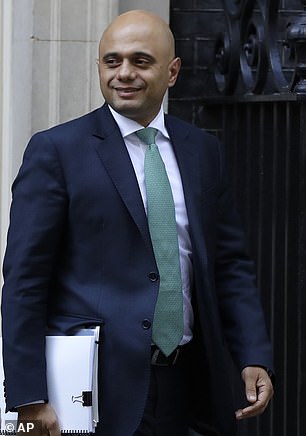 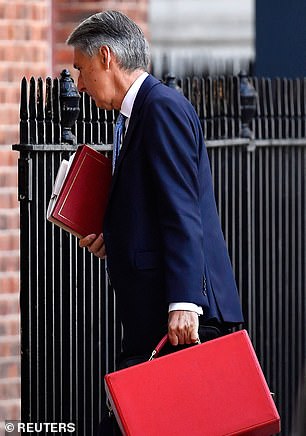 Sajid Javid (pictured left at Downing Street today) has backed a ‘global’ immigration system for after Brexit. Philip Hammond (right) is said to have voiced concerns at Cabinet about the speed of cutting flows from the EU 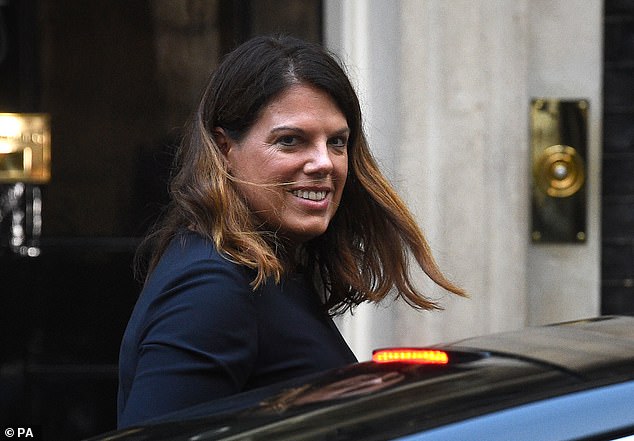 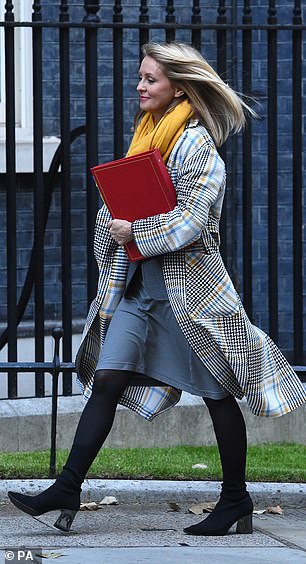 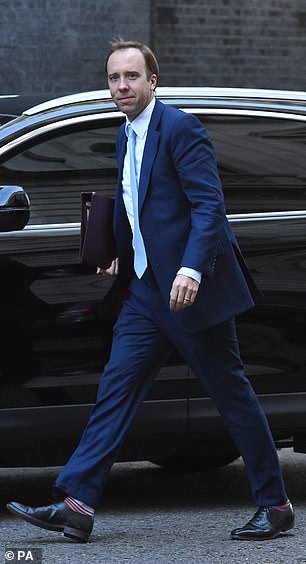 Work and Pensions Secretary Esther McVey, left, is among the harder line Brexiteers in the Cabinet. Health Secretary Matt Hancock (right) was at Cabinet today

In a boost for Mrs May, Cabinet sources said no ministers had spoken out against her Chequers plan for Brexit – despite EU leaders humiliatingly rejecting the blueprint at a summit last week.

The premier told ministers that there was ‘no future relationship that will prevent a hard border between Ireland and Northern Ireland, maintain the constitutional integrity of the UK and respect the referendum result that does not include frictionless trade’, according to the spokeswoman.

‘The PM said that, as it stands, the Government’s White Paper is the only plan on the table which achieves this and she remains confident of securing a deal with the EU,’ the spokeswoman said.

‘At the same time, the Government will continue to sensibly plan for no deal.’