Cadbury has delighted Australians by announcing the launch of Caramilk ice cream in supermarkets Down Under.

The treats, created in partnership between Cadbury and Australian ice cream giant Peters, will hit freezers in leading supermarkets across the country later this week.

Fans of the best-selling chocolate can buy multipack boxes of four for $8.50, or single serves for $4 – but you’d better move quick because they are certain to fly out of stock. 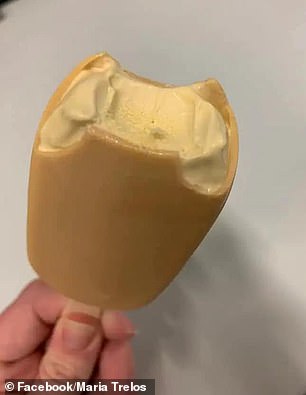 And it’s not the only new Caramilk creation sending shoppers into a frenzy.

Earlier this month, foodies lost their minds over a Cadbury Caramilk Flake after a ‘leaked’ product photo appeared on social media.

The Grocery Geek sparked the buzz after sharing the image on Facebook and Instagram with the caption: ‘Cadbury is taking Caramilk to a whole new level with Special Edition Caramilk Flake!!! Stand by, coming soon.’ 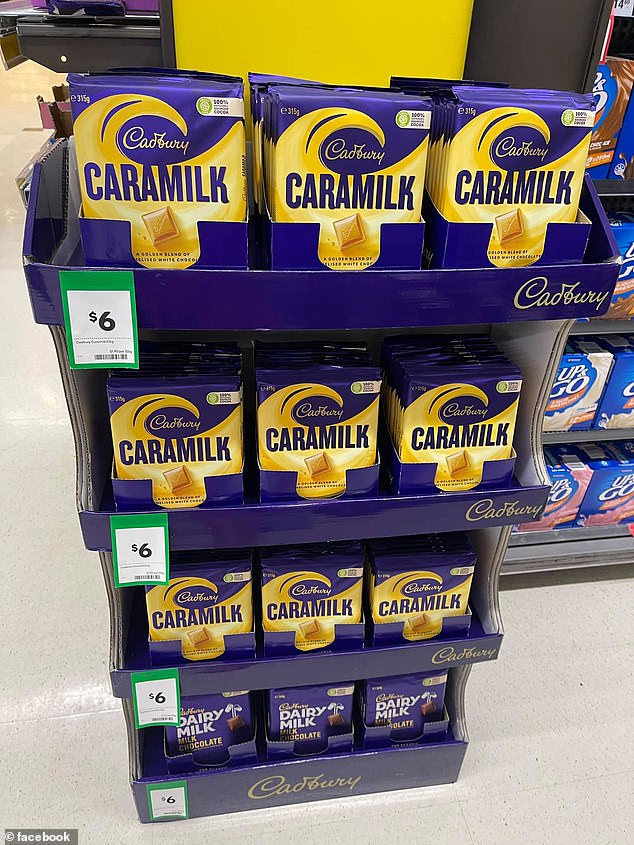 Earlier this month, foodies lost their minds over a Cadbury Caramilk Flake after this ‘leaked’ product photo appeared on social media

The chocolate bar has already launched in the UK, but it has yet to reach Australian shores.

Official confirmation on the new product is yet to be released, but that didn’t stop hundreds from sharing their excitement online.

‘Yum! Can’t wait to get my hands on some!’ one person wrote.

‘It’s the gift that keeps on giving!!’ another said, a third added: ‘This is possibly the best Cadbury product this year.’

Others dubbed the buy as a ‘game changer’.