Court documents obtained by The Blast show Caitlyn Jenner has agreed to pay $800,000 to settle a lawsuit connected to her 2015 car crash

Caitlyn Jenner has reportedly agreed to pay $800,000 to settle a lawsuit springing from her 2015 car crash.

Jenner was driving on the Pacific Coast Highway on February 7, 2015, when she rear-ended the Lexus driven by Kim Howe.

The impact pushed the 69-year-old widow’s car into oncoming traffic, where it was hit by the Hummer H2 driven by Peter Millesi-Wolf and carrying his four family members.

Howe died at the scene and the Millesi-Wolf family were injured.

Jenner has already settled a lawsuit raised by Howe’s stepchildren, but she had yet to settle with the Millesi-Wolf family until recently.

The Blast obtained court documents on Wednesday, showing that Jenner has agreed to pay $100,000 each to Peter Millesi-Wolf and his wife Lea, as well as $50,000 to each of their two sons – one of which was only four-weeks-old at the time of the crash. 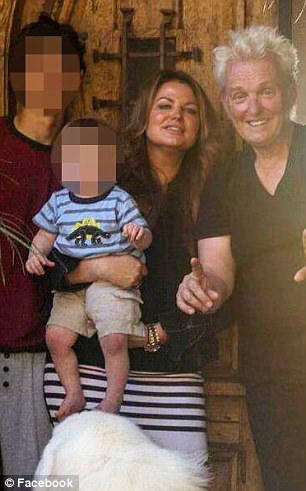 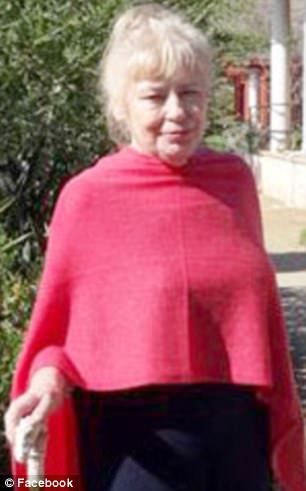 But the largest chunk of the payout – $500,000 – is going to 74-year-old grandmother Elga Maurer, who who was sitting in the back of the Hummer when the crash happened.

Maurer sustained a cervical spine fracture to her neck, her lawyers previously said.

Peter, a Grammy-nominated pianist and composer, suffered nerve damage to both of hands and wrists, while his wife, a model and lyricist, sustained injuries to both her legs, her neck and back.

‘All of a sudden a car comes into our lane from oncoming traffic and rushes onto our hood. We were shocked and terrified we were all going to die,’ Peter said in a statement after the crash. 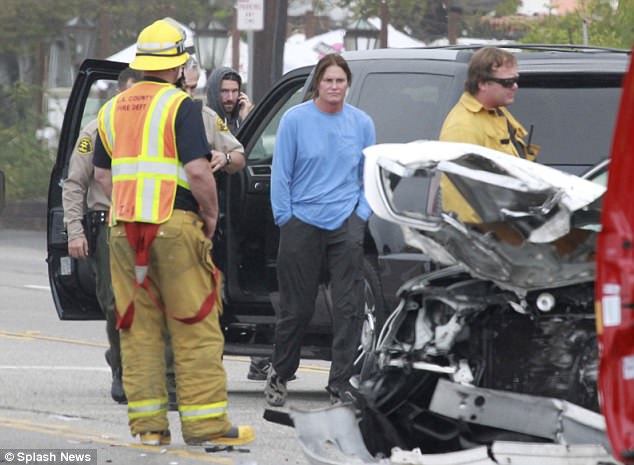 Jenner rear-ended the Lexus driven by Kim Howe, who then was pushed into on-coming traffic and hit by the Millesi-Wolf faimly’s Hummer, left 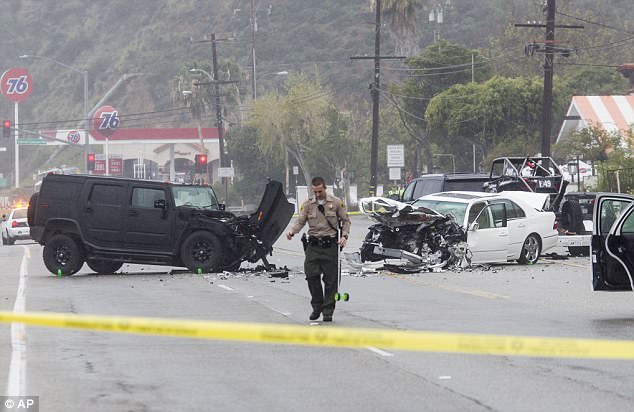 Howe, the driver of the white Lexus (right), died at the scene 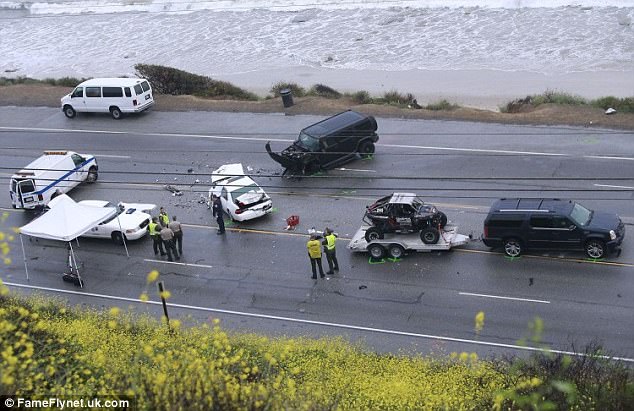 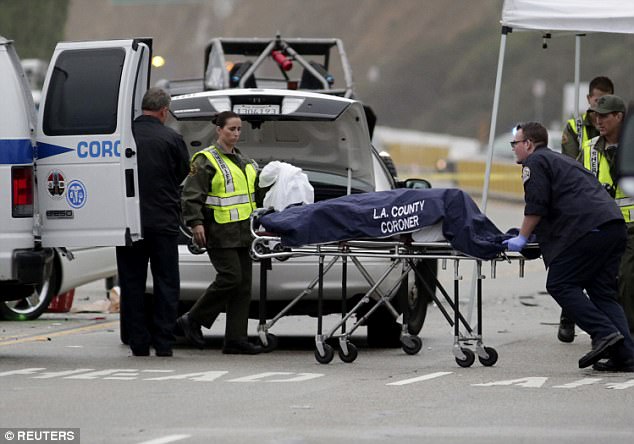 Howe’s body is taken away from the scene back in February 2015. Jenner has already settled a lawsuit with her step-children

His wife added: ‘When you’re involved in an accident that claimed the life of someone, you’re just not the same anymore. So many lives have been changed forever.’

According to the report, insurance will pay part of the settlement.  Jenner will also be required to cover about $250,000 in attorney’s fees.

Jenner was not charged in the crash, but an investigation by the LA County Sheriff’s Office determined that she was driving too fast. That opened her up to blame in civil lawsuits.

Jenner herself filed a lawsuit relating to the crash – accusing paparazzi photographers of distracting her.