Peter Dutton has defended his decision to cancel the visas of foreign criminals after deporting teenage thug Caleb Maraku back to New Zealand.

The Home Affairs minister confirmed Maraku was the most recent of more than 3200 foreign criminals to be kicked out of Australia in the past three years.

Maraku, 19, was filmed brutally punching Schoolies teenager Taliesin O’Meara, 19, in the head on November 27, leaving him unconscious on the pavement.

He sparked further outrage when he was bizarrely filmed laughing and posing for selfies outside court after avoiding jail time for the cowardly assault. 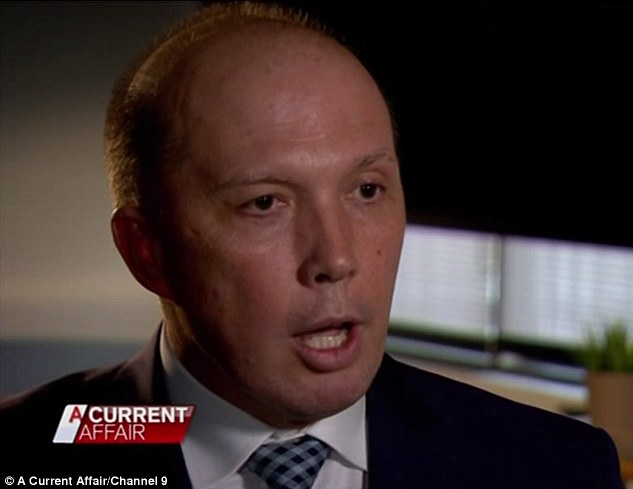 ‘Many of these people that are committing offences don’t deserve to become Australian citizens,’ he said.

‘That’s what we have done in a record number of cases.’

Australian Border Force officials swooped on Maraku’s Gold Coast house late on Friday, dragging him out in handcuffs and driving him away in the back of a van.

Video of his arrest showed officers entering his home, with one calling out ‘search warrant, open the door’ before several went inside.

A short time after, a handcuffed Maraku walked out the front door – possibly for the final time.

Walking down the footpath surrounded by officials, he told a reporter to ‘f*** off’ when asked if he was going to smile for the camera.

‘Look at all these dogs. Look how much it takes to get me out of my own house,’ Maraku said. 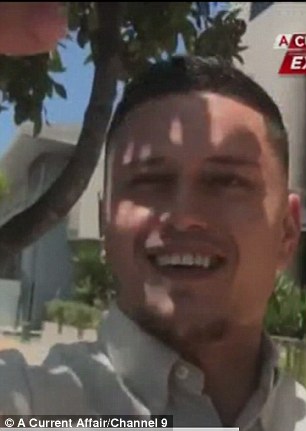 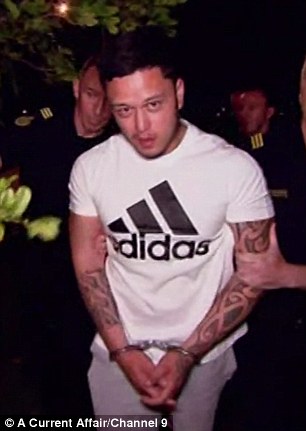 A different pose: Maraku caused outrage after he smiled outside of court taking selfies 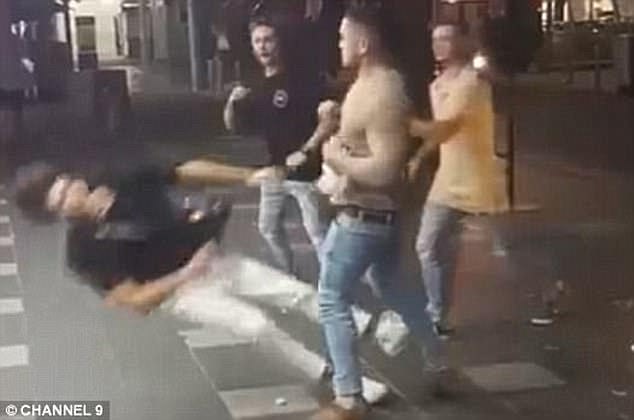 He started a Facebook page challenging the coward-puncher to the match, after being sickened by Maraku’s light sentence and attitude.

The 19-year-old accepted the challenge and the fight was expected to go ahead Brisbane at the end of February.

Foley had 25 professional fights under his belt, including three cage matches and 15 knockout wins, and said he would be ‘teaching him [Maraku] a lesson’. 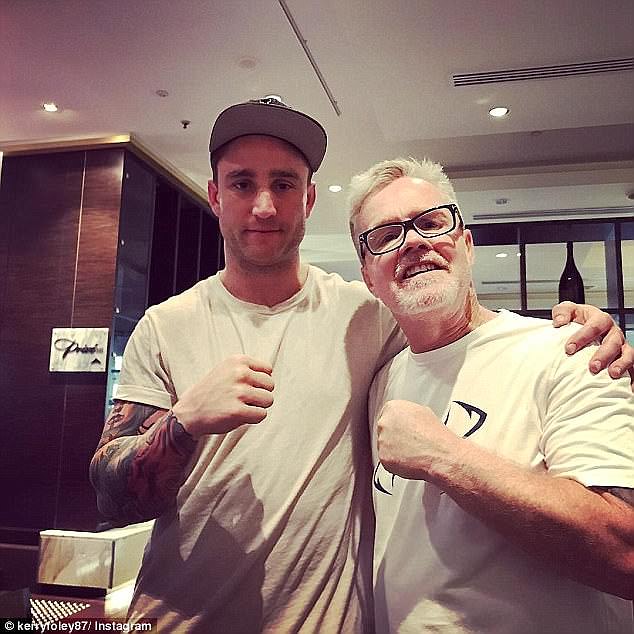 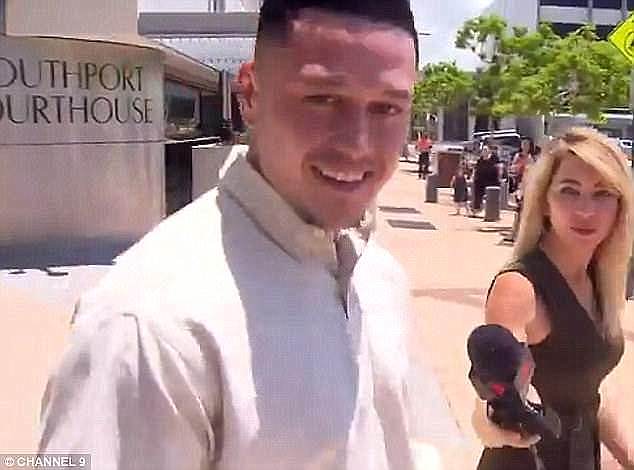 ‘I won’t need to go hard but I will make his life a living hell and right at the end I’ll put one on his chin and ice him,’ he told Daily Telegraph.

Maraku had agreed to give the $10,000 offered to him by Foley to his victim.

Maraku pleaded guilty to assault occasioning bodily harm and breaching a banning order, as he was prohibited from being in the area at the time.

Nearly 50,000 people signed a petition calling for Maraku to be deported following his infamous exit from court. 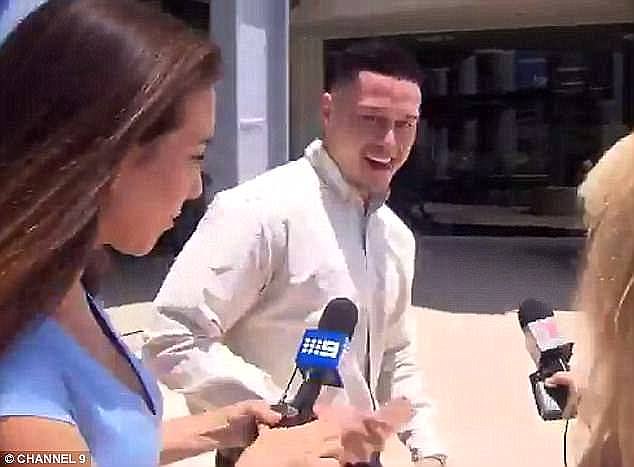 Maraku pleaded guilty to assault occasioning bodily harm and breaching a banning order, as he was prohibited from being in the area at the time 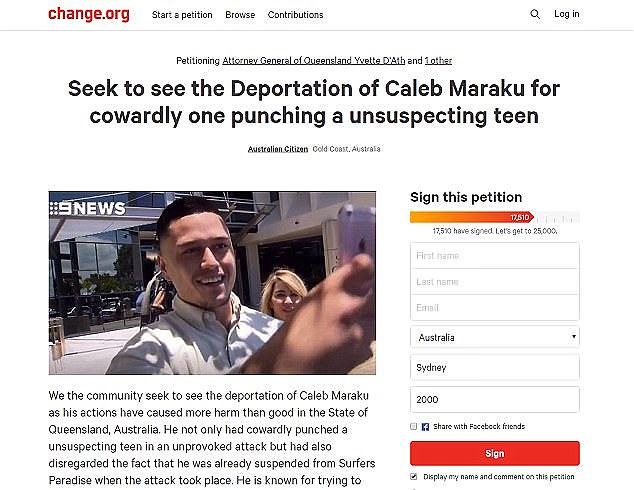 Nearly 50,000 people signed a petition calling for Maraku to be deported