Calf pulled from mud inches from alligator in Brazil

This is the incredible moment rescuers walk past dead and dying alligators to pull a stricken calf out of the mud of a drought-hit lake where it lay just inches from more deadly reptiles.

The starving calf appears to be too weak to pull itself out of the deep mud and lies half submerged just inches from the deadly alligators.

In the footage, taken in Bananal Island, Tocantins, Brazil, on October 24, the huge reptiles can be heard to hiss as the rescuer inches towards the calf. 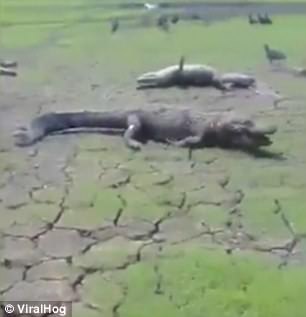 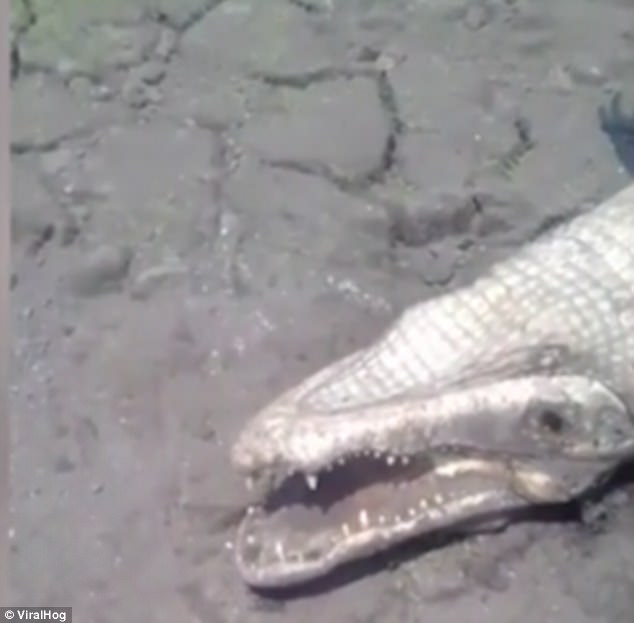 Huge reptiles lie dead as the rescuers walk towards the stricken calf. The beasts are surrounded by buzzing flies and their fearsome jaws lie open

But even the threat of an alligator attack cannot put the brave man off and he begins to pull the calf by the ear.

It groans as he drags it clear of the beasts, before springing off to safety.

Once the calf is free, the men walk away from the mud and explore the dry riverbed.

They find several dead crocodiles lying on their backs on the hard ground as flies buzz about their carcasses.

They then find another cow stuck in the mud and this time four of the men pull it clear.

Bananal Island is a large river island formed from the bisection of the Araguaia River but has been hit by droughts. 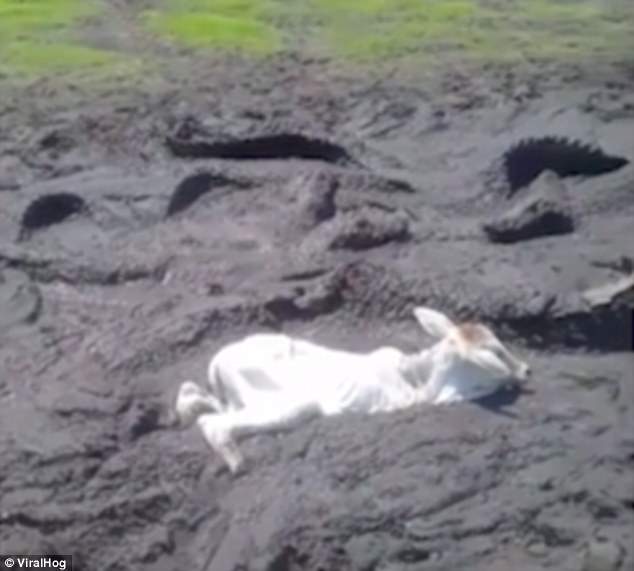 The rescuers find the calf, which appears to be too weak to pull itself out of the thick mud. Terrifyingly, it is positioned just inches from the hungry alligators 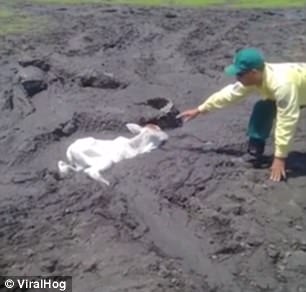 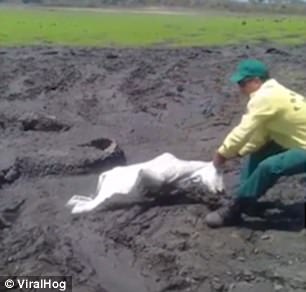 Despite the presence of the man-eating reptiles, the rescuer inches forwards towards the calf before pulling it to safety. The alligators can be heard hissing as he does so 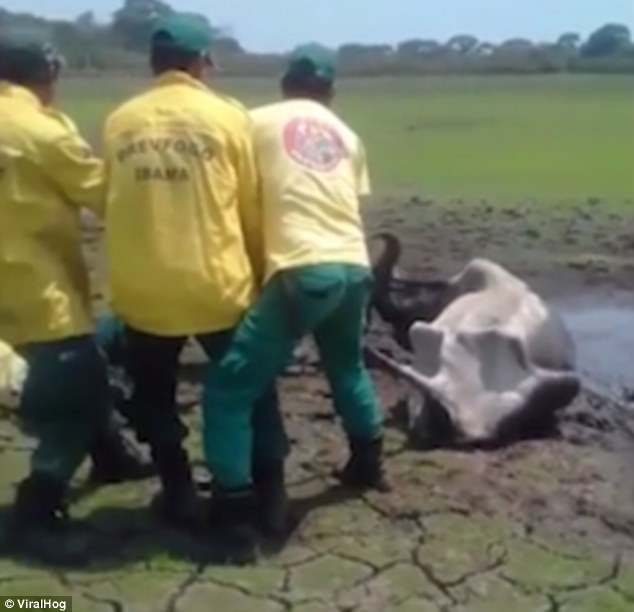 The team of rescuers find another cow, this time an adult, stuck in the thick mud. It takes four men to drag the animal free