California couple reveal they contracted coronavirus after a cruise to ANTARCTICA

A California couple have revealed their shock at contracting COVID-19 after taking a luxury cruise in Antarctica.

Bill and Shauna Portanova set off on the MS Roald Amundsen back in February, and believed they would be as far away as possible from the coronavirus that was beginning to spread across the globe.

‘We were in the safest place in the world, literally,’ Bill told The Sacramento Bee Tuesday.

The Portanovas spent four weeks on board the MS Roald Amundsen – a plush hybrid powered expedition ship that only completed its maiden voyage last year.

Although there were a ‘few hundred’ other passengers on board the ship, none have tested positive for the highly-contagious virus.

The Portanovas don’t believe they contracted the COVID-19 from one of the other people on board, and it seems near impossible that they picked it up while out exploring the desolate and icy southern continent. 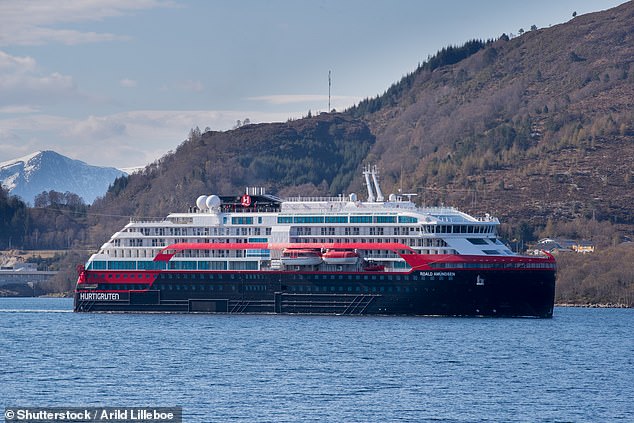 But the cruise liner did dock in Stanley, a small town in the Falkland Islands, on the same day as cruise ship MS Zaandam, which had two people on board later die from the coronavirus.

However, the couple believes it was more likely that they caught COVID-19 on their long-haul journey back to the United States.

The Portanovas flew from Chile to New York, before catching another plane from New York to Los Angeles. From there, they embarked on a third flight home to Sacramento.

The pair initially believed they were exhausted from their 46 hour journey, before other symptoms of COVID-19 quickly developed.

Both Bill and Shauna say they are both doing well, and that their cases of coronavirus have been ‘mild’ thus far.

‘We are really forced to do what I love best, which is binge watch great movies and television from the comfort of the couch, and this is on doctors’ orders,’ attorney Bill told the Bee.

And the couple have no regrets about going on the cruise – despite disastrous publicity for the industry in recent weeks.

‘The ship and crew were incredible, and they took the best care of us…  the captain and crew received standing ovations from the passengers for their commitment and professionalism throughout,’ they cooed. 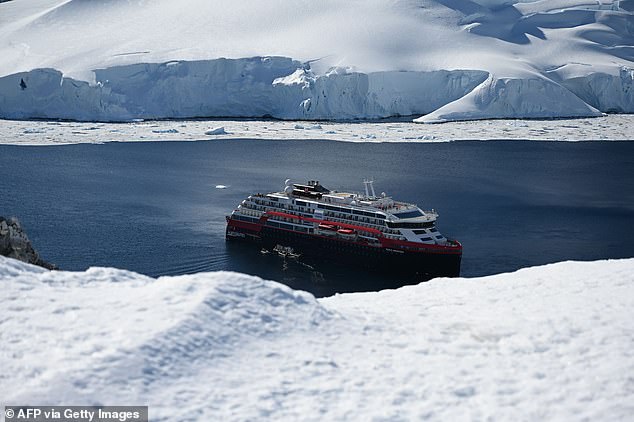 The couple have no regrets about going on the cruise – despite disastrous publicity for the industry in recent weeks. The MS Roald Amundsen is pictured sailing around Antarctica