A man who pleaded guilty to drugging, raping and murdering his 14-year-old daughter has said he wants to rescind his plea and ask to face trial.

Mesiti pleaded guilty to each of the counts one-by-one earlier this month in open court to avoid a death sentence, but now seems eager to face a jury in the shocking case.

‘He uses the system to torture us,’ Alycia’s great-aunt Roberta Fitzpatrick told the San Jose Mercury News. ‘Mark is disgusting.’

Mesiti was running a meth lab when he gained custody of his daughter Alycia and son in 2005. 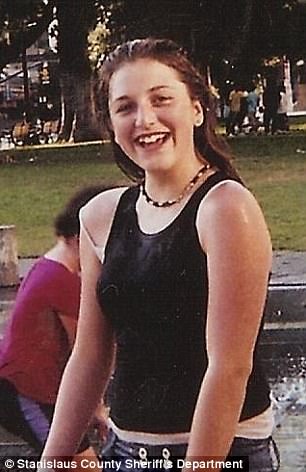 Over several months, he drugged his daughter and filmed while he molested the sedated girl over 40 times, prosecutors said.

Alycia went missing in August 2006, and it’s believed that she died around that time. An autopsy later showed she died of acute drug intoxication, with tests showing the presence of opiates, morphine, amphetamine, methamphetamine, benzodiazepines, diazepam, methadone and anti-depressants.

At the time, Mesiti said his daughter went on a camping trip with friends and never returned.

Her body was found three years later, buried in the backyard of her father’s former rental home.

After discovering her remains, investigators carried out a search warrant on Mesiti’s new apartment in Los Angeles, and found that he was cooking meth there.

The murder trial dragged out over a decade before beginning because Mesiti was first tried in Los Angeles on the drug charges before being extradited back to Stanislaus County for the murder trial.

There were further delays when Mesiti first tried to represent himself and the original judge removed himself from the case. 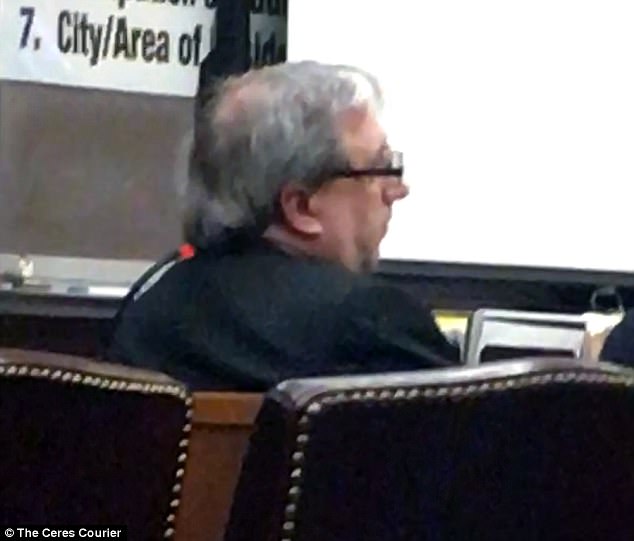 Mesiti is pictured above in court earlier this month. By pleading guilt to all 49 charges against him, he no longer faces the death penalty

The trial finally started six weeks ago, when the jury was seated.

During testimony, the jury was shown about 100 child pornography images found on Mesiti’s computer – including 54 showing Alycia and her father.

In addition to the charges related to the abuse and murder of his daughter, Mesiti also pleaded guilty to sexually assaulting two other girls – an eight-year-old who lived in his apartment and a teen he befriended who was 16 at the time of the attacks.

The jury was also shown a video of Mesiti setting up a hidden camera in the eight-year-old victim’s bedroom.

According to Alycia’s great-aunt Roberta Fitzpatrick,  Mesiti originally admitted to the charges to spare family members from three more months of disturbing testimony.

Prosecutors were planning to seek the death penalty for Mesiti, but agreed not to once he admitted to the charges. 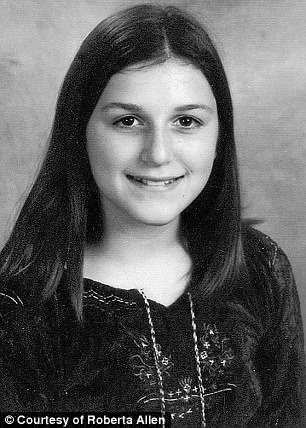 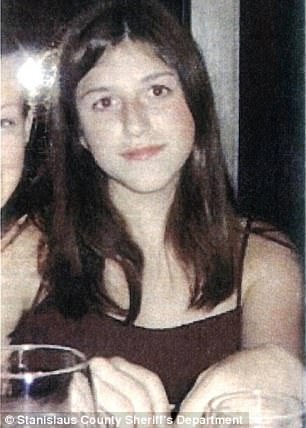 Alycia’s body was found buried in the back yard of her father’s former rental home in Ceres, California in March 2009

He was to be sentenced on November 28 and faced life in prison without the possibility of parole.

It is unclear whether Stanislaus County Judge Dawna Reeves will allow Mesiti to rescind his plea and face trial before a new jury.

August 2006: Alycia disappears. Mesiti says she went on a camping trip with friends and her dog and never returned. Shortly after, he was evicted from their rental home in Ceres, California

2009: A detective assigned to Alcyia’s disappearance resigns and police officials order a new round of interviews into the case

March 25, 2009: Investigators get a warrant to search Mesiti’s old rental home and find Alycia’s remains buried in the back yard

March 28, 2009: Police arrest Mesiti at his apartment in Los Angeles, after discovering he was cooking meth in the home

March 2011: Mesiti is found guilty in the drug case and is extradited back to Stanislaus County to face trial for his daughter’s murder

October 27, 2017: Mesiti says he wants to reverse his guilty plea

Typically, defendants do not automatically get a hearing if they regret their guilty plea, unless they are representing themselves.

Although Mesiti represented himself at early stages in his prosecution, he had lawyers by the time the trial began.

He would have to demonstrate good cause in order to rescind his pleas, which could include arguing that he wasn’t aware of all of the consequences of pleading guilty at the time.

That could prove difficult, since prosecutors required him to spend more than an hour pleading individually to each of the 49 counts in open court, under the clear consequence of getting life in prison with no parole.

Still, the fact that it is a death penalty case means the judge will exercise extra caution and diligence, and the outcome of Mesiti’s new gambit is difficult to predict.

Throughout, the case has raised troubling questions about child custody procedures in California’s courts.

In the seven years before he was awarded custody, Mesiti had been convicted of state and federal charges including bank fraud and drunken driving.

He had also been charged with domestic violence and was ordered to attend anger-management classes. Records show he failed to comply with court orders to attend drug- and alcohol-treatment programs, which landed him in prison for violating probation.

Nonetheless, he still won custody of the kids.

Prosecutors say Alycia and her brother lived with their father for about nine months before she was murdered. 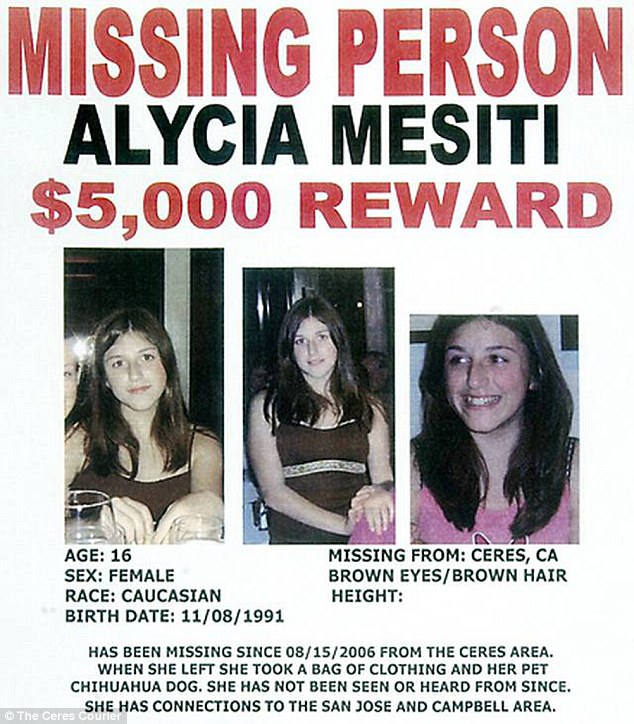 When Alycia went missing in 2006, her dad said she went camping with friends and never returned. Above, her missing person poster from that time