The chair of the California Democratic Party resigned his position on Thursday as he faced an internal investigation related to multiple sexual misconduct claims.

Eric Bauman is accused of making sexually explicit comments to staffers and subjecting them to unwanted touching.

He said in a statement that ‘it is in everyone’s best interest for me to resign.’

He made his decision, he said, ‘in order for those to whom I may have caused pain and who need to heal, for my own health, and in the best interest of the party that I love.

They accused him of talking about his genitalia and those of others in the workplace, and making unwanted remarks about sex acts and his own desires for sex with members of the staff.

One woman told the Times that Bauman told her she had been a gay man in a previous life, and that he wanted to sleep with her.

A 21-year-old temp said Bauman had repeatedly asked her and another woman if they were having sex. 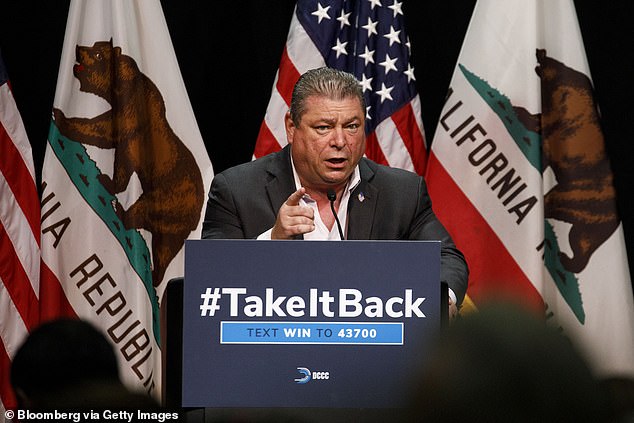 ‘Sexual harassment shouldn’t be tolerated – no person or party, no matter how powerful, is above accountability,’ Newsom spokesman Nathan Click said in a statement.

Bauman, 59, had already said he would take a leave of absence and seek alcohol abuse treatment.

‘I deeply regret if my behavior has caused pain to any of the outstanding individuals with whom I’ve had the privilege to work. I appreciate the courage it took for these individuals to come forward to tell their stories,’ his statement said.