A California sheriff’s deputy has died from the injuries he sustained after collapsing during SWAT tryouts six years ago.

Barnes wrote that Cammon was a six-year veteran of the department when he sustained his injuries during the 2013 training exercise, aged 29. 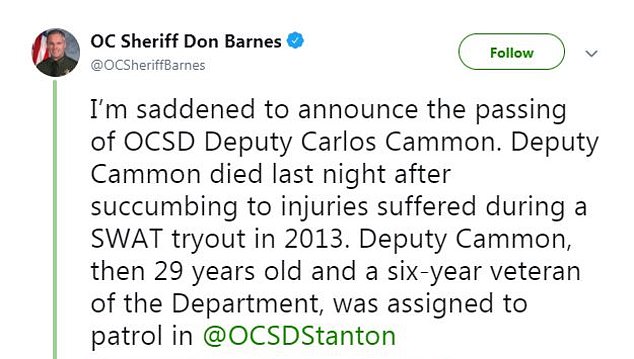 Cammon collapsed from what appeared to have been ‘severe dehydration and cardiac issues’ during the exercise.

The Association of Orange County Deputy Sheriffs’ president, Tom Dominguez, told the Orange County Register that Cammon had pushed himself too hard during the SWAT training and, coupled with his dehydration, he suffered immediate, complete organ failure.

Officials told the newspaper that Cammon had multiple surgeries and was kept alive during the course of the intervening six years, but that he never regained consciousness after the incident and died at a local rehabilitation facility.

Dominguez said that Cammon’s mother, Lenora ‘Cookie’ Sturdivant stayed by his side almost every day that he was in the hospital and that she ‘never gave up hope and that’s what kept her going.’ 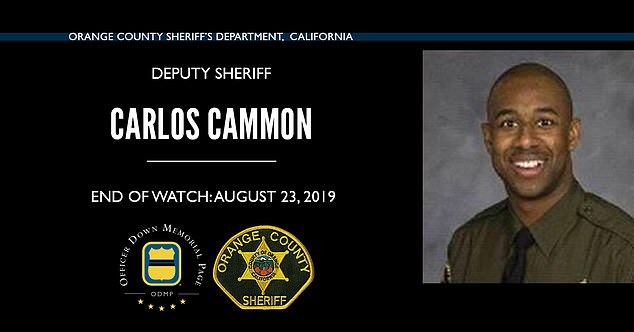 Cammon was 29 when he collapsed during the training exercise. Despite undergoing multiple surgeries, he never regained consciousness before he died 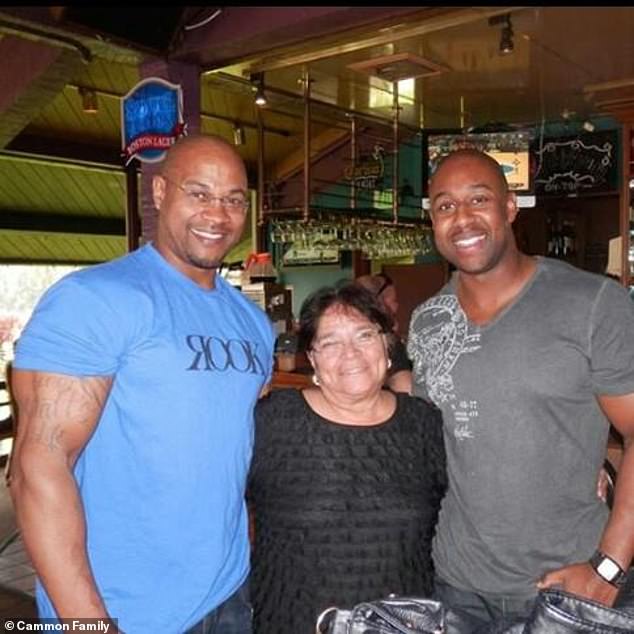 Cammon (right) was one of four deputies who received a medal of valor in 2010 for subduing a man from attacking a woman with a knife at a restaurant. They were all off duty at the time

Sturdivant’s belief that her son would recover was what kept Cammon holding on for those six years, Dominguez added.

‘All of us felt that maybe there was a glimmer of hope that he would come back, but unfortunately that didn’t happen,’ Dominguez said.

Dominquez described Cammon as being ‘pretty typical of a guy early in his career just wanting to do the most he could possibly do to serve the public’ and added that what he really wanted to do was ‘a good job for the community he served and ultimately he paid the price’ during the effort.

Cammon was one of four deputies that received a Medal of Courage in 2010 after they subdued a man who had been assaulting a woman with a knife at a restaurant in Orange County. All of the officers were off duty at the time they intervened.

The Orange County Sheriff’s Department sent deputies to escort Cammon’s body from the rehabilitation facility to the coroner’s office in Santa Ana, California on Friday.

‘We were able to show some respect to one of our guys,’ Dominguez said. ‘They did it right.’