But for the ‘House of Horrors’ children – who were allegedly imprisoned and abused by their own parents – these have all been brand new experiences.

Seven of the 13 siblings were released from Corona Regional Medical Center in California on Thursday and moved into an undisclosed rural home.

Meanwhile, their parents David Turpin, 57, and Louise, 48, are behind bars on charges including torture, child abuse, and false imprisonment. 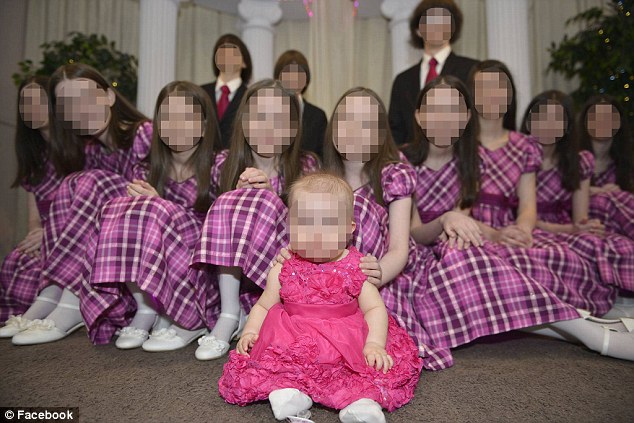 The seven adult siblings had been recovering at the hospital since they, along with their younger siblings, were rescued by police from the family home in January 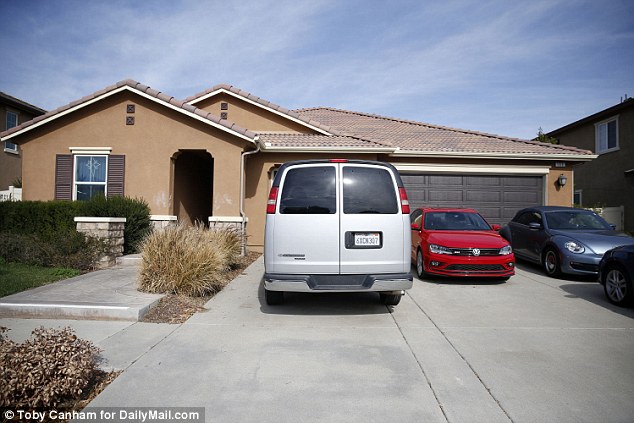 The 13 children were rescued from this Perris, California home where they were allegedly shackled and abused by their parents

They have pleaded not guilty.

Now the seven siblings, who range in age from 18 to 29, are relishing the independence they have long been denied, according to their lawyer Jack Osborn.

‘It’s just really fun. It’s fun to be around them,’ Osborn, who specializes in clients with special needs, told Good Morning America.

‘They’re really full of joy about their life and the things they get to experience right now.’

The siblings, who are still under the state’s care, have been reunited with the family dog and are enjoying the chance to pick their own bedding and have their own closet space. 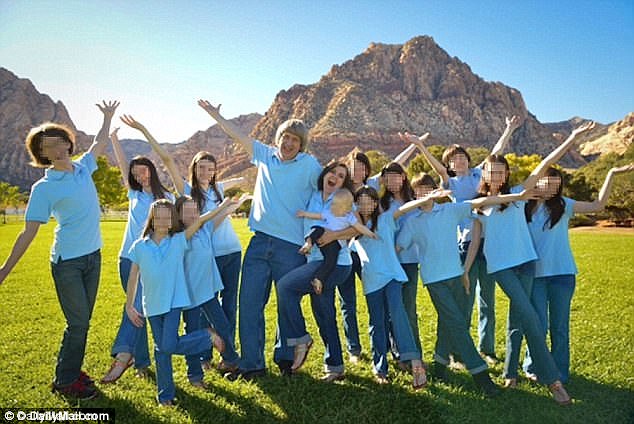 Now the seven siblings, who range in age from 18 to 29, are relishing the independence they have long been denied, according to their lawyer Jack Osborn

‘They pretty much love any food that is fresh,’ Osborn said. ‘They love fruit, pasta, and soup.’

Authorities said the siblings were routinely starved by their parents. All children, except for a two-year-old toddler, were found severely malnourished.

The eldest of the siblings, a 29-year-old woman, weighed only 82lb when she was rescued by police.

Osborn said the siblings are continuing occupational, psychological, and physical therapy, as well as watching plenty of movies – including the Star Wars films.

He said they are looking forward to ‘going out to restaurants and stores and movies and going for walks and shopping and all of those things’. 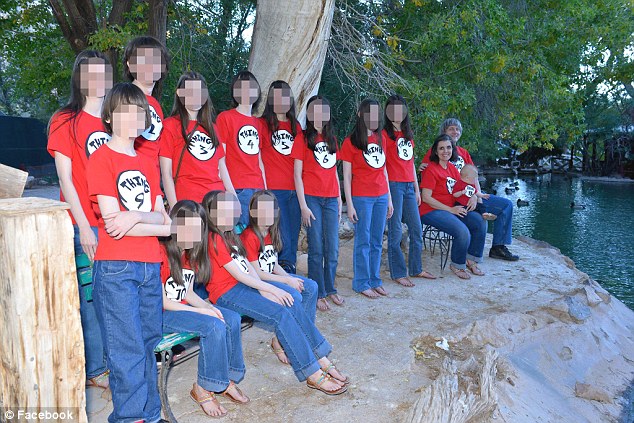 The siblings, who are still under the state’s care, have been reunited with the family dog and are enjoying the chance to pick their own bedding and have their own closet space 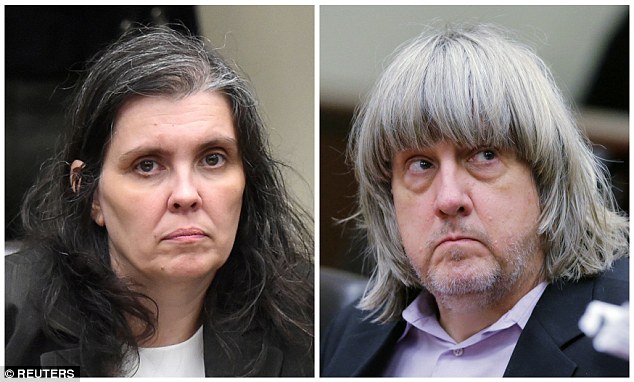 Meanwhile, their parents David Turpin, 57, and Louise, 48, are behind bars on charges including torture, child abuse, and false imprisonment

But Osborn said the siblings most of all just love to go outside. It is the first time in their lives that they can walk out the front door whenever they like.

They are now looking forward to reuniting with their younger siblings, who are currently being cared for in two foster homes.

Osborn said the older siblings are also hoping to become independent, getting their drivers licenses and eventually finding careers and spouses.

‘The adult siblings want to be known as survivors, not victims,’ he said .

‘That’s the goal and that’s what everyone is working toward.’

David and Louise Turpin were arrested in January after their 17-year-old daughter escaped from the family home in Perris, California, and called 911 on a deactivated cell phone.

Police discovered the 12 other siblings at the home amid the stench of human waste.

The couple are being held on $13million bail and, if convicted, they face up to life in prison.

Louise Turpin’s uncle, James Taylor, 67, spoke with DailyMail.com at his home in Princeton and said his family were blindsided by reports of the abuse that his great-nieces and nephews had suffered. 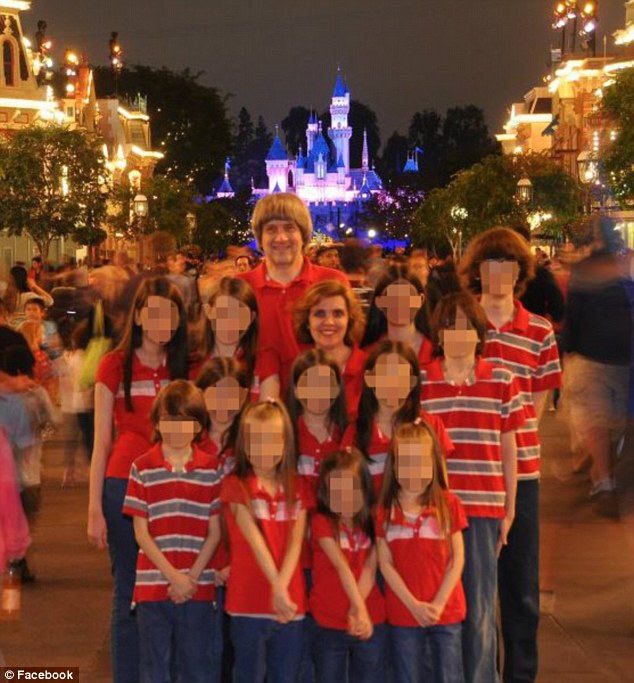 Osborn said the siblings are continuing occupational, psychological, and physical therapy, as well as watching plenty of movies – including the Star Wars films

The victims, who range in age from two to 29 years old, were chained to their beds as punishment and weren’t even unshackled during bathroom trips, prosecutors said.

District Attorney Michael Hestrin revealed that the children were kept up all night and slept during the day in a suspected attempt to avoid any outsiders witnessing the abuse.

They were regularly beaten and occasionally strangled, he also alleged during a press conference in January.

None of the children have ever seen a dentist and none have seen a doctor for four years, Hestrin said.

Some of the children did not know what a police officer was when they were rescued and many are mentally impaired as a result of what prosecutors called ‘severe, prolonged and pervasive abuse’.

While the children starved, the parents bought food including pumpkin and apple pie and kept it out on worktops for them to look at and desire, Hestrin said.

According to Hestrin, the abuse began in 2010 and has intensified ever since. At the time, the parents would tie the children up as punishment with rope, he said.

When the children managed to escape, their parents moved on to using chains and padlocks.

‘Everybody is shocked that this even happened,’ Taylor said. ‘What made them do it? I wouldn’t treat an animal like that.’

Taylor said that it had been a ‘few years’ since Louise Turpin brought some of her children to West Virginia to meet family.

‘I haven’t seen her in so long, we lost contact. It was years ago that she lived here. She ran off with David and got married when she was 14 or 15,’ he said.

‘She didn’t even come to my mom and my sister’s funeral. I thought that was kind of strange. But if they had those kids all chained up that’s probably why they didn’t come.’

Taylor said that he was close to Louise’s mother, Phyllis Robinette, before she passed away in February 2016 at the age of 66.

Taylor said that he believed Louise spoke to her on a daily basis. The couple were arrested in January after their 17-year-old daughter escaped from the family home in Perris, California, and called 911 on a deactivated phone 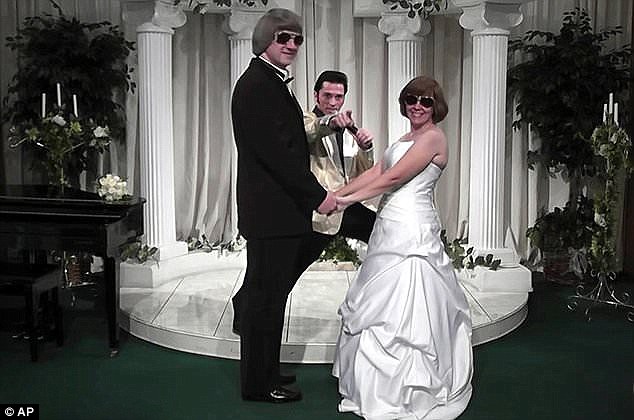 Evidence against the couple includes videos, audio recordings and physical evidence of the years of abuse 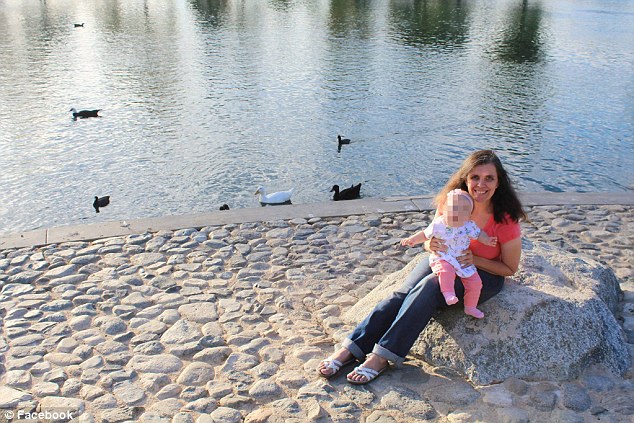 ‘Phyllis planned on going down there [to California] but they kept making excuses. I see why now.’

Taylor said he was particularly shocked because he believed that David Turpin was educated and had a high-paying job, giving the impression that he was taking good care of his family.

The great-uncle said that he had not spoken to any of his great-nieces and nephews but was relieved to hear that they were being well cared for.

‘I had a hard time dealing with the details but then I saw on the news that they were getting money and clothes,’ he said. Fundraising efforts have netted hundreds of thousands of dollars for the siblings.

He said that the family, who still lived in West Virginia, would welcome the children with open arms should they ever want to visit.

‘I would love to see them,’ Taylor said.

James Turpin, the father of David Turpin, told DailyMail.com he has recently spoken to some of his grandchildren and said they are ‘doing just fine’.

Turpin, 84, who lives in the small town of Princeton, West Virginia, with his wife Betty, 81, said that he also hoped to visit his grandchildren in California. 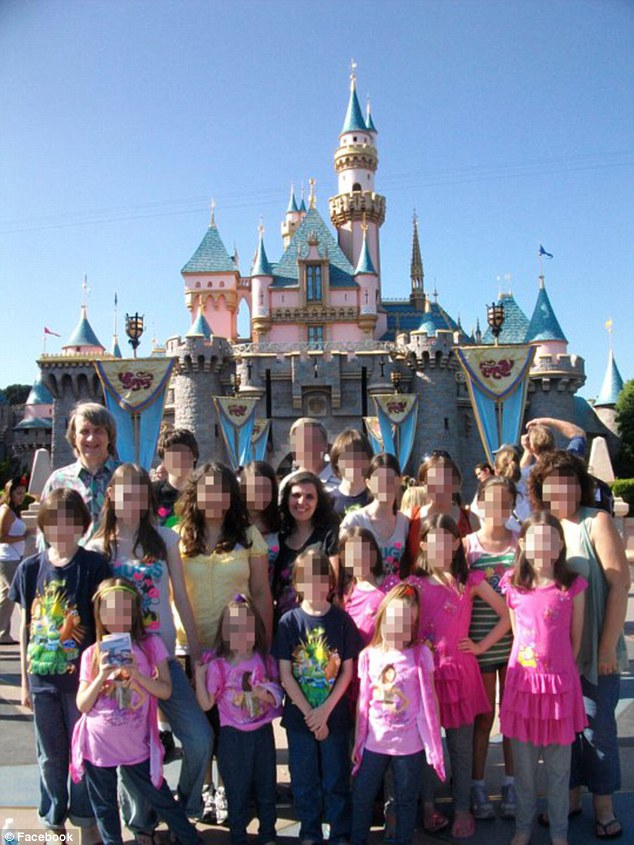 Evidence against the couple includes videos, audio recordings and physical evidence of the years of abuse

As the adult siblings become accustomed to life on their own, their younger siblings are being introduced to experiences other children may take for granted – like toothbrushes, Harry Potter and iPads.

A preliminary hearing for the Turpins’ trial is set for May 14.

Evidence against the couple includes videos, audio recordings and physical evidence of the years of abuse.

Earlier this month it emerged that the 17-year-old girl who had escaped from the home had shared videos of herself singing on YouTube.

The teen, who posted the clips under an alias, revealed the squalid conditions inside the home as a result.

In one clip, obtained by GMA, a huge pile of dirty clothes are seen in the corner of the room.

She was also seen playing with two small dogs – which were found well-fed and in good health by rescuers, in stark contrast to the condition of the children.