California mom arrested on suspicion of murder in baby…

Mom jailed: Sarah Marie Gomez, 19, has been charged with murder and attempted murder for allegedly running over her boyfriend with her car and killing their baby daughter

A California mother has been arrested in the death of her seven-month-old daughter after police say she intentionally mowed down her boyfriend with a car as he held the baby.

According to Higbee, Gomez and her 21-year-old boyfriend were arguing late Monday after they had been drinking at a family event.

The couple left the gathering with their baby girl and headed home but got into an argument in the car.

Higbee says the boyfriend got out of the dark-colored Chevrolet with the baby and that is when Gomez ran them over in the 500 block of West D Street in Ontario shortly before midnight. 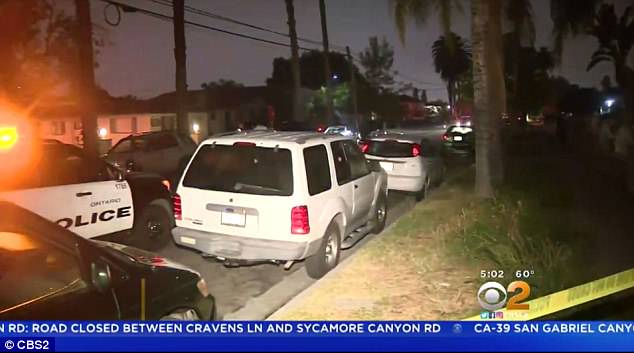 Police say Gomez mowed down the 21-year-old man in the 500 block of West D Street in Ontario, California, after a dispute in the car

A relative took the injured man and his infant daughter to a hospital, where the child succumbed to her injuries.

Gomez’s boyfriend sustained non-life-threatening scrapes and was expected to recover.

A neighbor of the couple in Ontario told ABC7 the boyfriend appeared to be a doting father and was often seen carrying his daughter in his arms.