California has sued the administration of President Donald Trump over a move to add a question about citizenship to the 2020 Census, citing fears the state will loose Congressional seats and federal funding.

Commerce Secretary Wilbur Ross announced the return of the citizenship question on Monday evening, saying the additional data was needed in order to enforce the Voting Rights Act.

California Attorney General Xavier Becerra immediately announced he would sue over the change.

Decennial censuses asked about citizenship from 1820 to 1950, and annual sample surveys continue to ask the question.

Commerce Secretary Wilbur Ross (center) announced the return of the citizenship question on Monday, saying the additional data was needed in order to enforce the Voting Rights Act 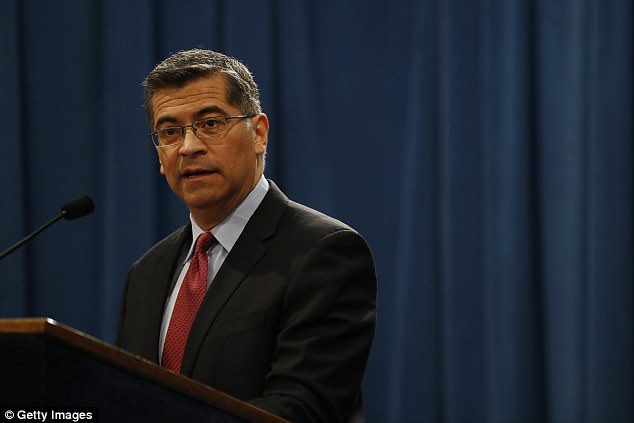 The decennial census, which is mandated in the Constitution, is relied upon for a myriad of important government decisions, including apportionment of Congressional seats and allocation of federal funds.

Some in states with high numbers of non-citizens – California has an estimated non-citizen population of 5.2million – fear that people who are living in the country illegally will be afraid to respond to the census.

Lowered response rates could reduce a state’s representation in Congress and its allocation of federal funds.

On the other side, there are those who argue that Congressional representation should be determined by the citizen population alone. Only citizens are allowed to vote in US federal elections. 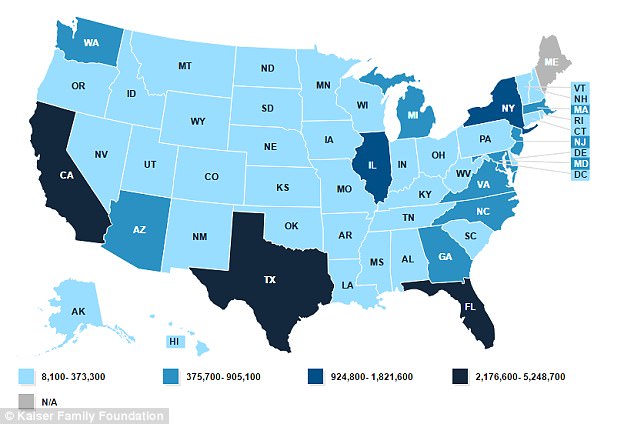 In a memo announcing the change, Ross wrote that ‘neither the Census Bureau nor the concerned stakeholders could document that the response rate would in fact decline materially’ if a citizenship question were added.

‘It would discourage noncitizens and their citizen family members from responding to the census, resulting in a less accurate population count,’ Becerra wrote.

Becerra said in a statement that he filing a federal lawsuit over the citizenship question, calling it ‘illegal’ to add to the 2020 Census.