California is set to roll out its long-awaited ban on new gasoline cars on Thursday, which is part of its rule to have all new cars sold by 2035 to be electric only in an effort to fight climate change.

Governor Gavin Newsom first announced the ban in 2020 as a means to reduce the amount of smog-induced pollution in the air, which will improve the state’s air quality that is the worst in the US.

The move will also make California the first in the world to mandate zero-emission vehicles on its roads – but many other states and countries have joined the movement, but have not yet began the ban.

Thursday’s launch will require that 35 percent of new passenger vehicles sold in the state by 2026 produce zero emissions, then 68 percent by 2030 and ultimately 100 percent five years after.

However, California automakers are weary about the move, saying officials need to provide more infrastructure and a better understanding of how minerals needed to make lithium batteries will be mined.

California is starting its ban on the sale of new gasoline vehicles. This is part of its larger plan to produce only new vehicles that run entirely on electric power by 2035

‘The climate crisis is solvable if we focus on the big, bold steps needed to stem the tide of carbon pollution,’ Newsom said in a statement Wednesday.

The move, according to Newson, will cut greenhouse gas emissions by 35 percent in the nation’s most populous state.

The move does not ban the public from owning gas-powered cars or selling them on the used car market, but puts an end to new models being sold.

California already has rules mandating a certain percentage of new car sales must be electric or zero-emission vehicles, but the new ban means all must be zero-missions by 2035. 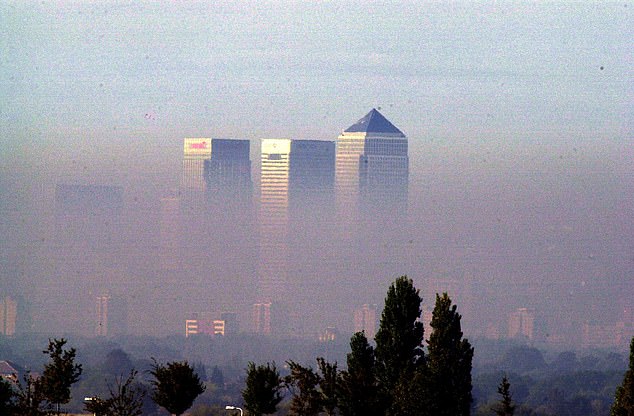 The ban aims to reduce the amount of smog-induced pollution in the air, which will improve the state’s air quality that is the worst in the US.

The legislation includes the most substantial federal investment in history to fight climate change — some $375 billion over the decade – with the goal of reducing emissions by 40 percent across the nation to levels below 2005 by the end of the decade, The New York Times reports.

‘Pull away from the gas pumps,’ Newsom said when he announced the move in 2020.

‘Let us no longer be victims of geopolitical dictators that manipulate global supply chains and global markets.’

California is the world’s fifth-largest economy and Californians account for more than one out of every 10 new vehicles sold in the US.

Tailpipe exhaust from cars, pickups, tractor-trailer rigs and other transportation are the single largest source of air pollution.

Jessica Caldwell, executive director of insights at the Edmunds.com auto pricing site, said in 2020 that Newsom’s announcement ‘does seem like this is a significant shot fired against’ the internal combustion engine. 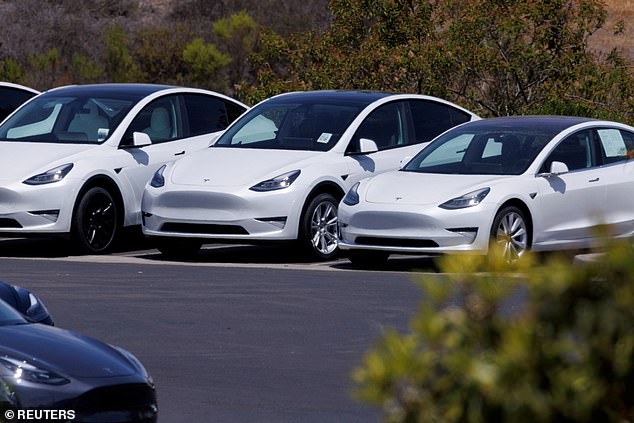 Thursday’s launch will require that 35 percent of new passenger vehicles sold in the state by 2026 produce zero emissions, then 68 percent by 2030 and ultimately 100 percent five years after

She expects the California announcement to trigger high-level meetings at all the auto companies which were moving toward electric vehicles but did not expect a zero-emissions mandate in 15 years.

Automakers may have to rethink manufacturing and capital spending plans because of the mandate, she said.

The Alliance for Automotive Innovation, which represents most automakers including Ford, which Newsom lauded for its anti-pollution efforts, said that although the industry is committed to more electric vehicles and will work with California, markets cannot be built with mandates and bans.

John Bozzella, president of the Alliance for Automotive Innovation, has previously stated that the ban will ‘require increased infrastructure, incentives, fleet requirements, building codes, and much more.’

Speaking to NYT in an email, Bozzella stated that rolling out regulations for selling on new electric-powered vehicles in California is easier said than done.

told  NYT in an email that meeting the regulations for selling new electric vehicles in California is ‘extremely challenging’.

‘Whether or not these requirements are realistic or achievable is directly related to external factors such as inflation, charging and fuel infrastructure, supply chains, labor force, critical mineral availability and pricing, and ongoing semiconductor shortages,’ Bozzella stated to NYT.

He continued to explain that auto makers are onboard with more electric vehicles on the road, but urges US government officials to better understand the process and effort needed to mine materials, along with still keeping the vehicles affordable for the average person.

California, however, is not the only region with a target date to phase out gas guzzlers.

Canada, the UK , France, German and seven other European countries are on the same path with bans ranging from 2030 to 2040.