Californians put sunscreen in their eyes to watch eclipse

While millions of Americans donned special protective sunglasses to safely watch the solar eclipse last week, some Californians apparently turned to sunscreen to protect their eyes from the retina-scorching celestial spectacle.

A health professional based out of Redding, California, told the local station KRCR last week that one of her colleagues in town had patients arrive at a clinic after they had sprayed sunblock on their eyeballs as an ill-advised alternative to proper sun-filtering shades.

Trish Patterson, a nurse practitioner at Prestige Urgent Care, told the station the hapless eclipse watchers were suffering from eye pain and had to be referred to an ophthalmologist for treatment.

Bad idea: Some Californians apparently turned to sunscreen to protect their eyes from the retina-scorching solar eclipse last week 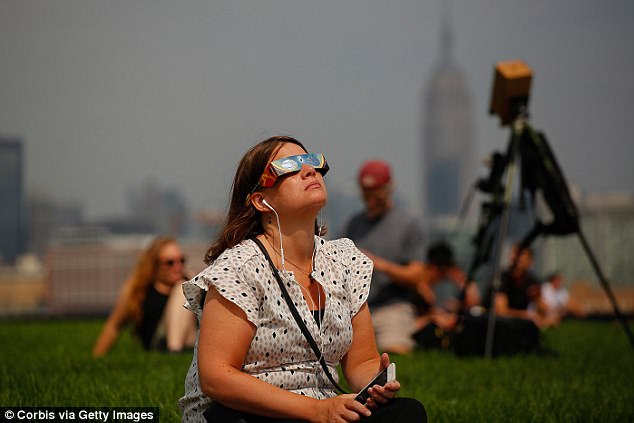 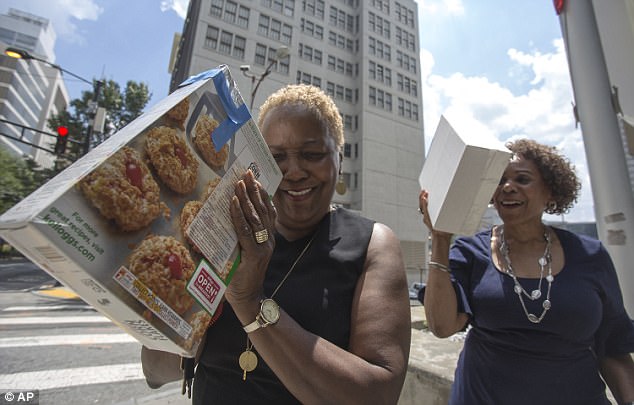 The nurse said so far, she and her fellow medics have not come across any patients suffering from damage to the retina was a result of gazing at the sun during the August 21 solar eclipse.

California was among the states where only a partial eclipse was visible, as if fell out of the narrow path of totality.

Prior to the hotly anticipated astronomical event, experts urged eclipse watchers to invest in NASA-approved spectacles, or to view the eclipse indirectly by projecting an image of the sun onto a screen.

Rubbing sunblock into one’s eyes was not listed among the recommended methods to safely take in the eclipse.

In fact, most sunscreens come with a warning label reminding users to keep the product out of their eyes because the lotion or spray can cause pain or irritation. 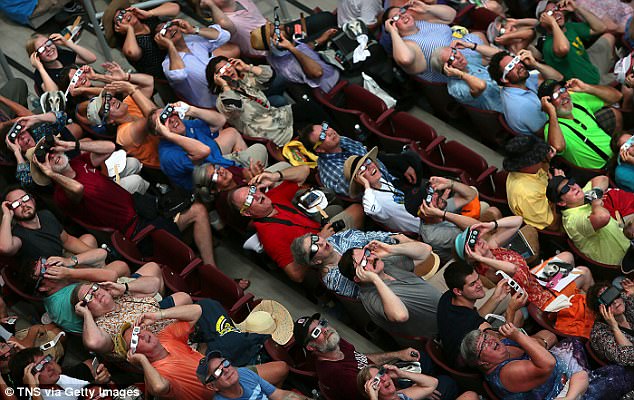 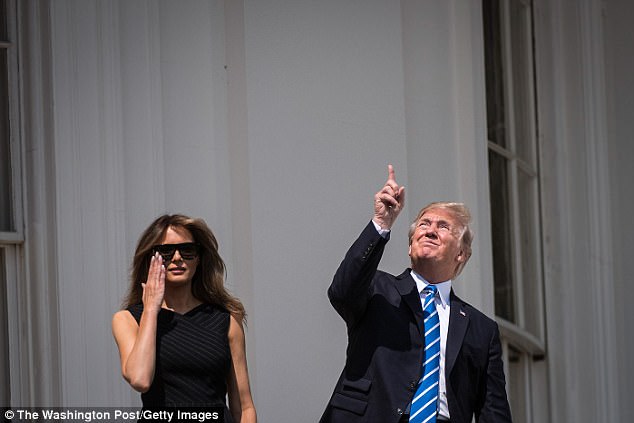 Looking directly at the sun for even a couple of seconds, as President Donald Trump was photographed doing at the White House (pictured), can cause severe damage to the eyes

People who get sunscreen in their eye should immediately rinse their eye with water for 15 to 20 minutes, according to National Capital Poison Center, an accredited poison control center in Washington, DC.

Looking directly at the sun for even a couple of seconds, as President Donald Trump was photographed doing at the White House last week, can cause severe damage to the eyes.