A newly rebuilt section of California’s Big Sur’s scenic Highway 1 near the town of Gorda is already beginning to crack, despite just be reopened last month.

Several cracks in the pavement measuring a foot or even more have been reported along the coastal road which was closed to traffic in May 2017 after being slammed by an enormous landslide.

The slide took 14 months to clear and $54 million of highway funds were required to make the road passable again.

Cracks area already beginning to show in a newly rebuilt section of Big Sur’s scenic Highway 1 near the town of Gorda. The road only reopened last month after a huge land slide blocked the road for 14 months 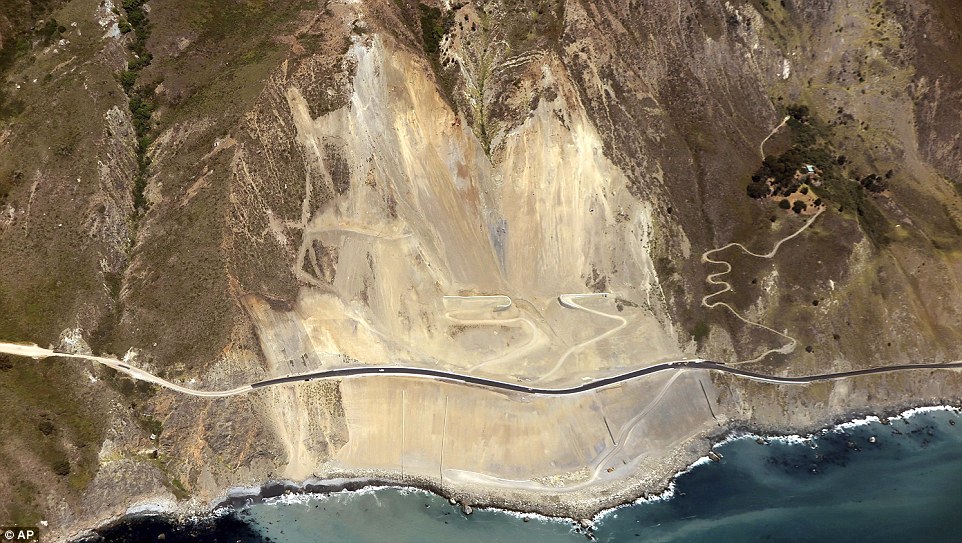 The newly built, two-lane stretch of road in Big Sur, California only reopened in July after being closes since May 2017

Officials with the Department of Transportation an early insist the cracks are nothing to be alarmed about and a normal sign of wear for the road as it begins to settle.

The cracks weren’t affecting the integrity of the highway, officials said, adding that they weren’t unusual for newly laid pavement in this area.

‘That section of Highway 1, at the edge of the continent, is always in a state of movement,’ said Jim Shivers, a CalTrans spokesman said to SFGate. ‘Our engineers feel like it will probably take a two-year period for the terrain to really settle.’ 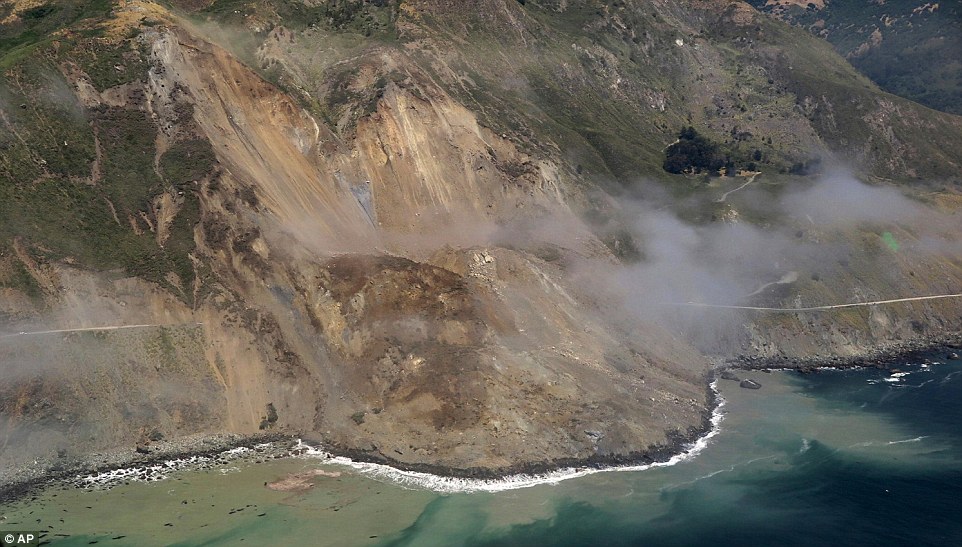 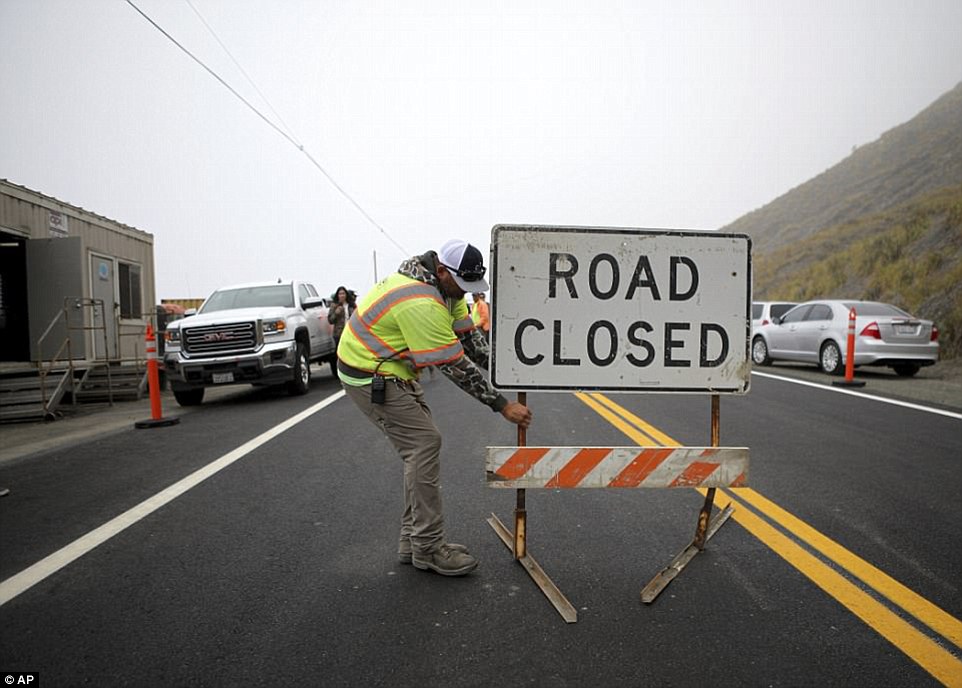 Josh Collins, of Associated Traffic Safety, removes a Road Closed sign from the roadway as Highway 1 is reopened last month

CalTrans engineers are now monitoring the cracks but there are apparently no plans to fix them presently.

When the landslide occurred, the scenic highway was buried in up to 40 feet of stone and dirt.

More than one million tons of rock and dirt tumbled down a saturated slope in the area called Mud Creek.

Big Sur, with miles of rugged coast, cliffs and wilderness about 150 miles south of San Francisco, features spectacular views of the ocean and accommodations at high-end resorts.

The slide along the highway linking Northern and Southern California has stymied visitors and hurt businesses, including Ragged Point Inn and Resort, which saw business cut in half. 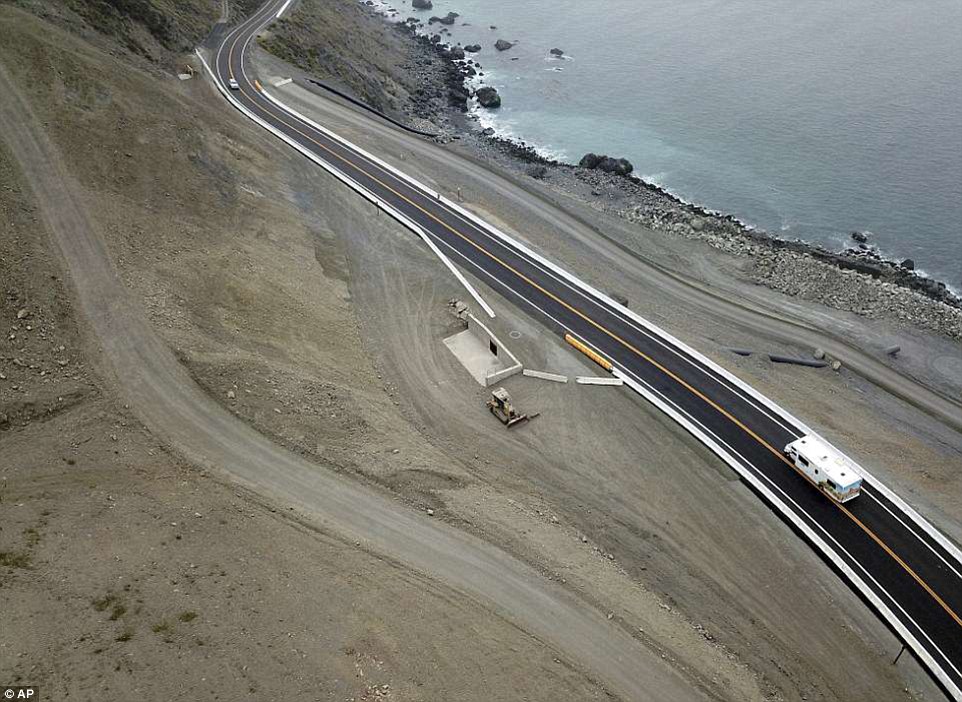 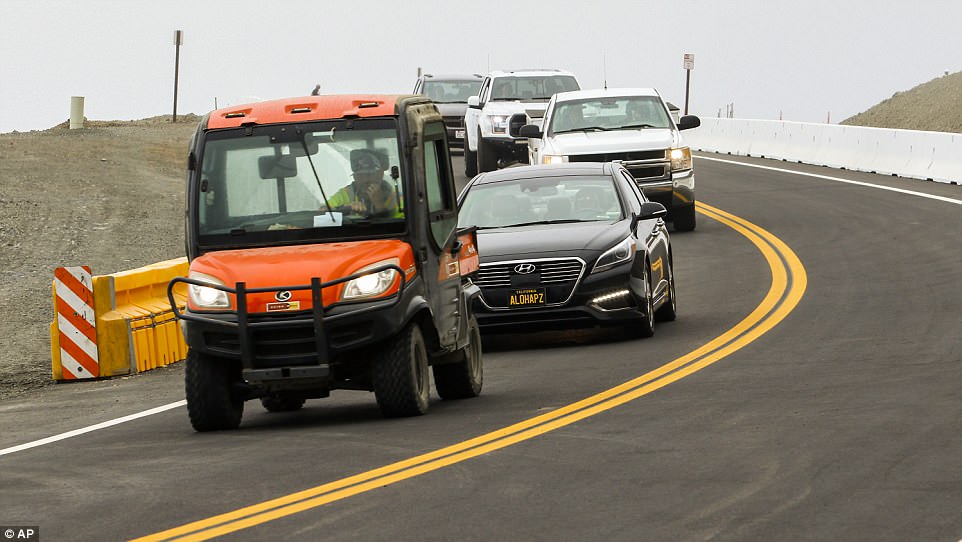 The first cars drive along the newly opened section of Highway 1 – a year after it was closed off. The road is now cracking

Highway 1 has been dogged by slides since late 2016 but the one that hit Mud Creek near Ragged Point in Big Sur in 2017 was monumental. Millions of tons of earth moved, displacing 75 acres of land.

The slide buried the highway perched on the slope of mountains rising dramatically from the Pacific Ocean.

The debris slid well out into the ocean, creating 15 acres of new coastline about 9 miles north of the Monterey-San Luis Obispo county line. 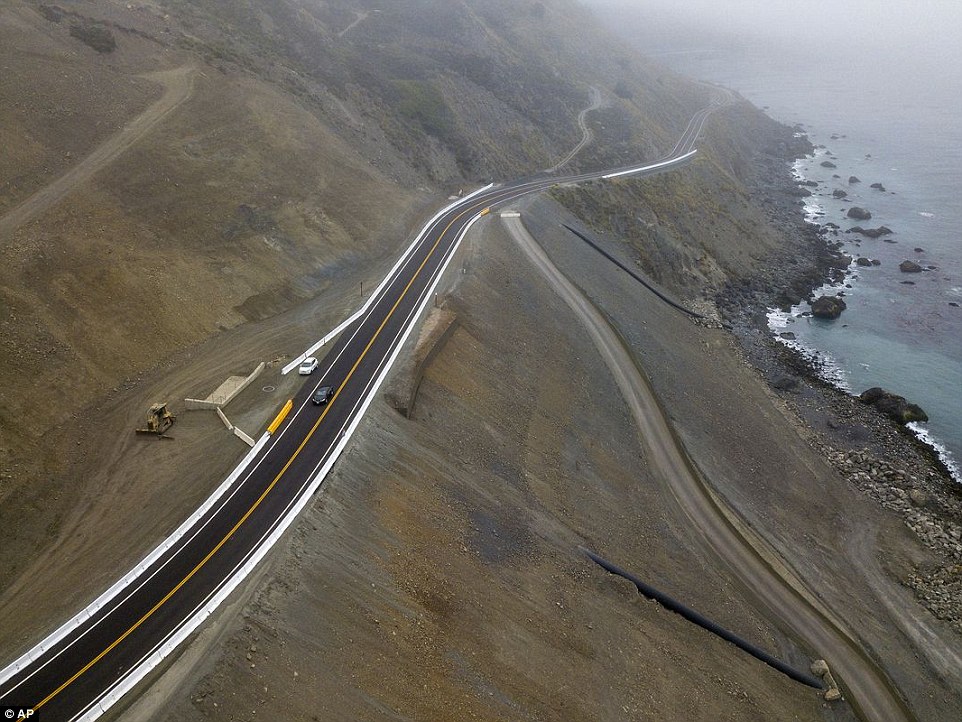