Call centre worker sues for $500,000 after prank caller left her with ‘psychiatric trauma’

Call centre worker sues for $500,000 after prank caller complaining about cobwebs on bus stops and overhanging tree branches left her with ‘psychiatric trauma’

A former call centre worker is suing for half a million dollars after a repeated pest caller left her with ‘psychiatric trauma’ and forced her to leave her job, she claims.

Tricia Marie Griffin, 49, has filed a civil claim this week against Brisbane City Council saying the workplace was negligent in providing proper support and training to deal with the nuisance calls.

The caller, known as Wes, would ride his bike through parks and demand rafts of maintenance issues he wanted repaired, such as cobwebs on bus stops and overhanging branches on light poles, she alleges.

Tricia Marie Griffin, 49, has filed a civil claim against Brisbane City Council saying the workplace did not provide support and training to deal with nuisance calls (stock image)

Staff would then be asked to read the complaints back and the call would turn aggressive if they did not cooperate with requests.

The documents allege council should have been aware the nuisance caller, who would make as many as 30 phone calls a day to the workplace, was affecting the wellbeing of staff.

Ms Griffin claims that she and other staff complained to management about the frequency of the calls, their disturbing nature, and the fact the man would call when he knew she would be at work.

She says the business should have provided training to staff and have policies in place to screen or block pest calls but the only support she received was being told to ‘dig deeper into her bag of resilience’ or leave the job.

Her claim, which says she is seeking $516,638.97 in damages, also states a fellow staff member suffered extreme anxiety in 2015 as a result of the same serial pest caller.

The nuisance calls eventually led to Ms Griffin leaving work in March 2017 after she received a call from the man saying he was in a female toilet block and had a maintenance complaint.

She did not return to work and resigned in May 2018.

The woman’s lawyer told the publication that despite three years of the nuisance calls council did not support staff which led his client to become ‘unstuck’.

‘Tricia was a very experienced call centre operator who was subjected to continued harassment behaviour by a known pest,’ he said.

Council banned the caller after Ms Griffin left the job but her lawyer said it should have been done much earlier. 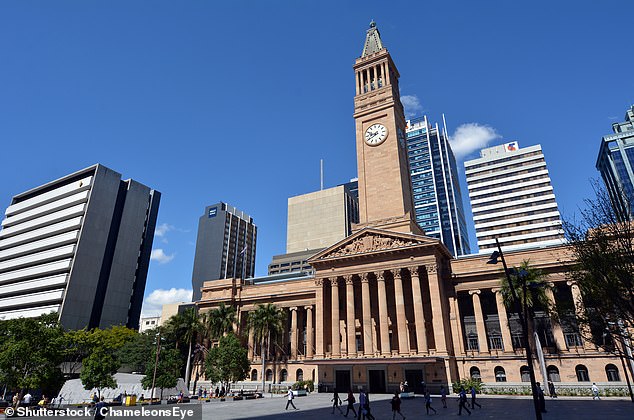 Her claim says she is seeking $516,638.97 in damages from Brisbane City Council (pictured)