The prostitute who was locked up for three years after injecting a Google executive with a fatal dose of heroin has been indicted on murder charges over the death of a second man.

Alix Tichelman, 31, was sentenced to six years’ jail in 2015 over the death of Forrest Hayes, a father-of-five found dead on a yacht in California in 2013. She had pleaded guilty to involuntary manslaughter and administering drugs to him.

But she was released last year after serving three years – as she was credited for one year already served – before being deported to Canada because of her felony convictions. 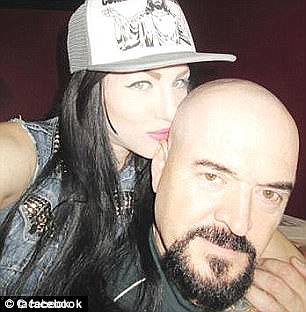 Alix Tichelman has been indicted on murder charges for the 2013 death of Dean Riopelle, above

Paul Howard, the Fulton County district attorney, said Tichelman – dubbed the ‘Call Girl Killer’ in the media – will be extradited from Canada to Fulton County, Georgia.

She has been indicted on murder charges for the 2013 death of Dean Riopelle, a former boyfriend, reports Fox News.

Riopelle, a monkey trainer, died at the age of 53 from a heroin overdose in Georgia two months before Hayes’ death. 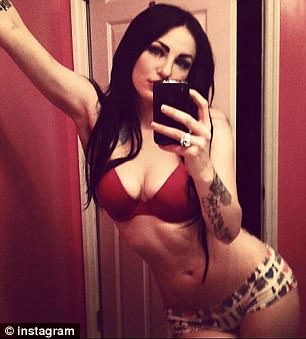 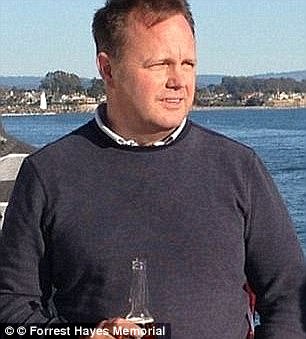 Alix Tichelman, 31, left, served three years of a six year sentence for injecting Google executive Forrest Hayes, right, with a fatal dose of heroin on a yacht in California in 2013 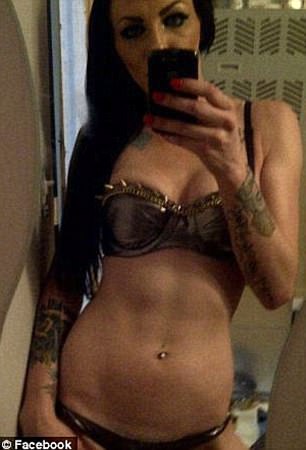 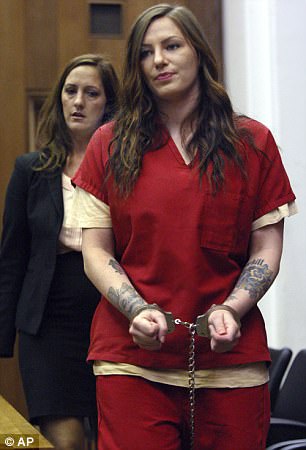 Alix Tichelman, 31, above and right, was sentenced to six years’ jail in 2015 over the death of Forrest Hayes

He was the owner of a popular Atlanta music venue, the Masquerade.

An autopsy report listed Riopelle’s death as an accidental overdose of heroin, oxycodone and alcohol.

However, after Tichelman was initially charged with Hayes’ death in California, police in Milton, Georgia, took another look at the 2013 overdose death of Riopelle.

She then left without seeking help when he passed out on his yacht in the Santa Cruz harbor.

Police said a surveillance video at the harbor showed Tichelman at first panicking and trying to revive Hayes.

Then it showed her casually step over Hayes’ body, finish a glass of wine and lower a blind before leaving the yacht.

Hayes had just taken up a job at the top secret Google X office when he died in Santa Cruz.

Authorities said a panicked Tichelman had called Milton police, saying Riopelle had overdosed on drugs and was not responding.

Tichelman was not charged, and she has denied any connection to his death.

Cops had re-investigated the death of Tichelman’s lover, Riopelle, because he had died in an eerily similar fashion to Hayes.

In an interview with MailOnline in 2014, her former live-in nanny Khristina Brucker who lived with Tichelman and club owner Riopelle in their home in Georgia as nanny to Riopelle’s son, 15, and daughter, 13, gave an insight into their lives.

She told of the toxic atmosphere of violence and fear that Tichelman brought into the home, of her murderous threats and how the death of Forrest Hayes was not the first time that Tichelman calmly stepped over the wreckage of a life and left.

Brucker said: ‘She is one of the most conniving and two-faced people I have ever met. She put a rift in that family that was almost irreparable. Dean’s daughter, I can tell you for sure has got some serious trauma.’

Tichelman and Riopelle dated for two and a half years and lived together for much of that time. On the surface they were a match that made sense and at the beginning, the relationship was happy.

On stage and on tour he went by the name ‘13’ and wore wigs, platform boots and tight pants. Back at home he was the owner of Masquerade, an Atlanta music venue that is a popular destination for rock, punk and metal acts.

It all seemed an ideal fit for the image Tichelman has projected of herself on social media and in person. 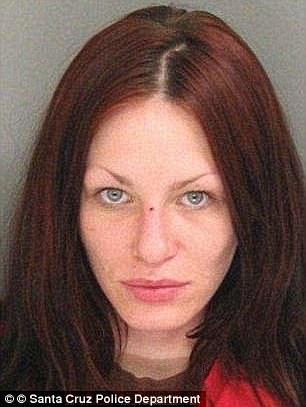 Alix Tichelman has been indicted

But between May and August 2012 when she left the couple’s Atlanta home because of Tichelman’s behaviour, Christina caught flashes of the troubled and troubling character that lay beneath Tichelman’s thick layers of make-up, her tattoos and her sexually provocative posturing.

And she saw how her boss, Riopelle, appeared increasingly uncomfortable, distrustful and even fearful, of his lover.

She said, ‘She thought she was the most beautiful girl on the planet and was always jealous of other girls. She was very, very vain.’