Call of the wild: Sled dog called Leon is found after THREE MONTHS later and 150 miles away

An Iditarod sled dog that escaped during this year’s race in Alaska has been found alive and healthy three months later after covering 150 miles.

The dog, called Leon, was a a part of French musher Sebastien Dos Santos Borges’ team, and got loose while the team was camped out at a checkpoint in the town of Ruby – roughly the halfway point of the 1,000 mile course.

Locals in the town of McGrath, a city about 150 miles south, began spotting the hound hanging around in May.

Leon was eventually captured and appeared to be in perfect health despite the brutal conditions.

Dos Santos Borges returned to Alaska to reunite with Leon, and the pair are due to return to France once the dog receives his medical certifications to fly. 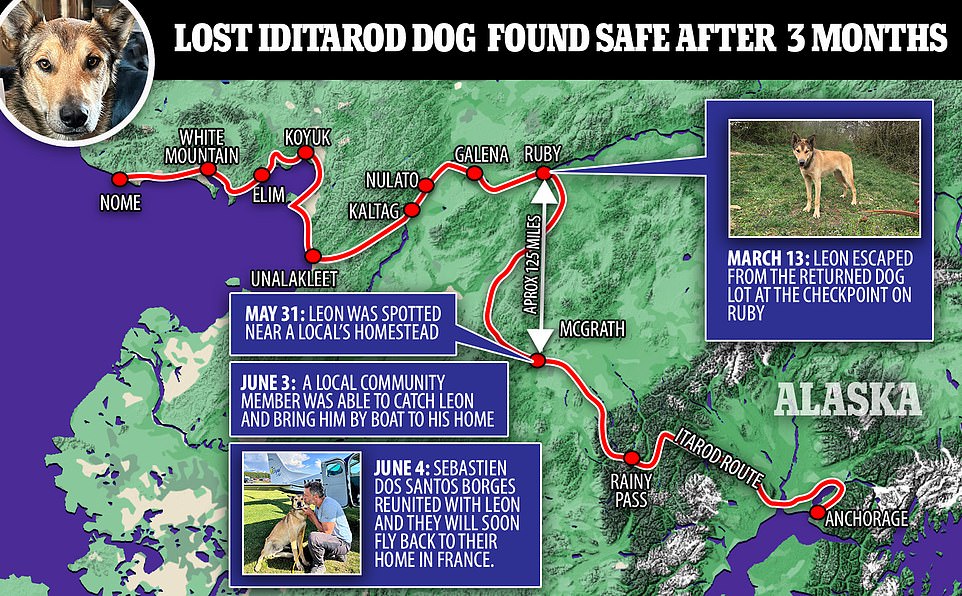 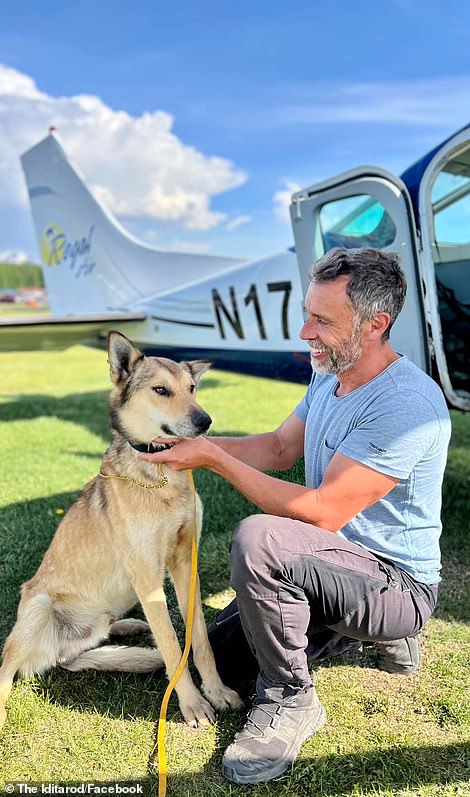 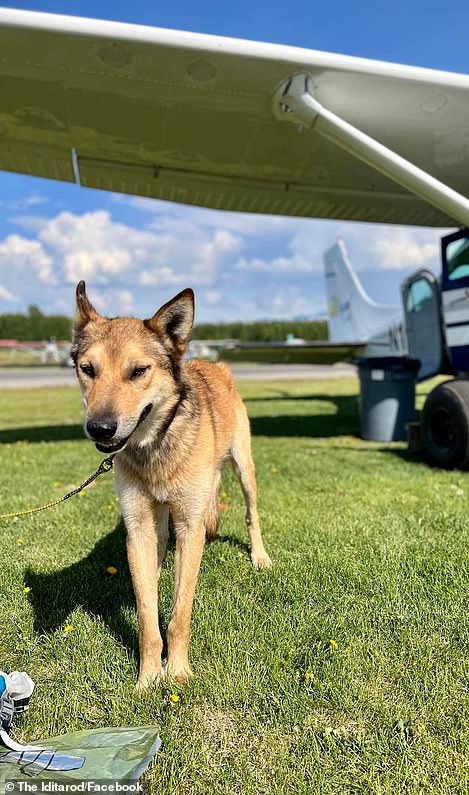 Leon and Sebastien Dos Santos Borges reunited in Alaska on Saturday. Leon survived alone in the Alaskan wilderness for three months this spring

Dos Santos Borges, Leon, and the rest of the 12-dog team, were camped out at a checkpoint in the town of Ruby, just under 500 miles into the race on March 12.

He had swapped out the race collar Leon was wearing for a looser collar, according to race officials, and the dog managed to slip out of the collar and escape.

The musher was forced to leave Leon behind as he carried on with the race. Severe weather would force him to scratch days later, just 22 miles from the finish line in Nome, Alaska. 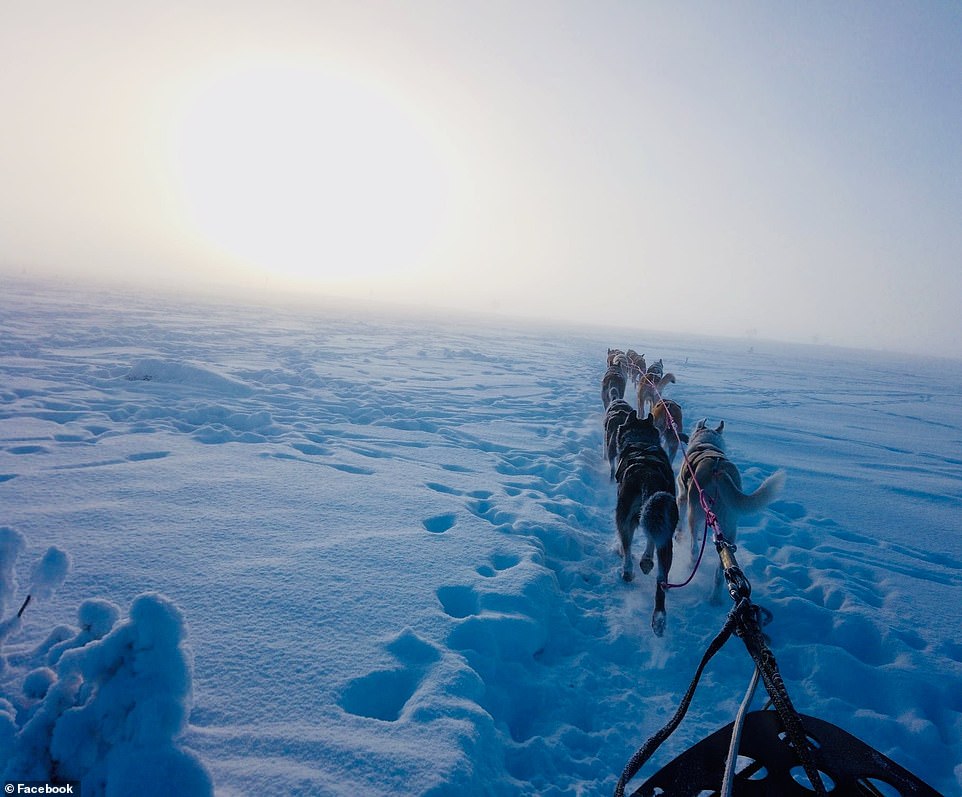 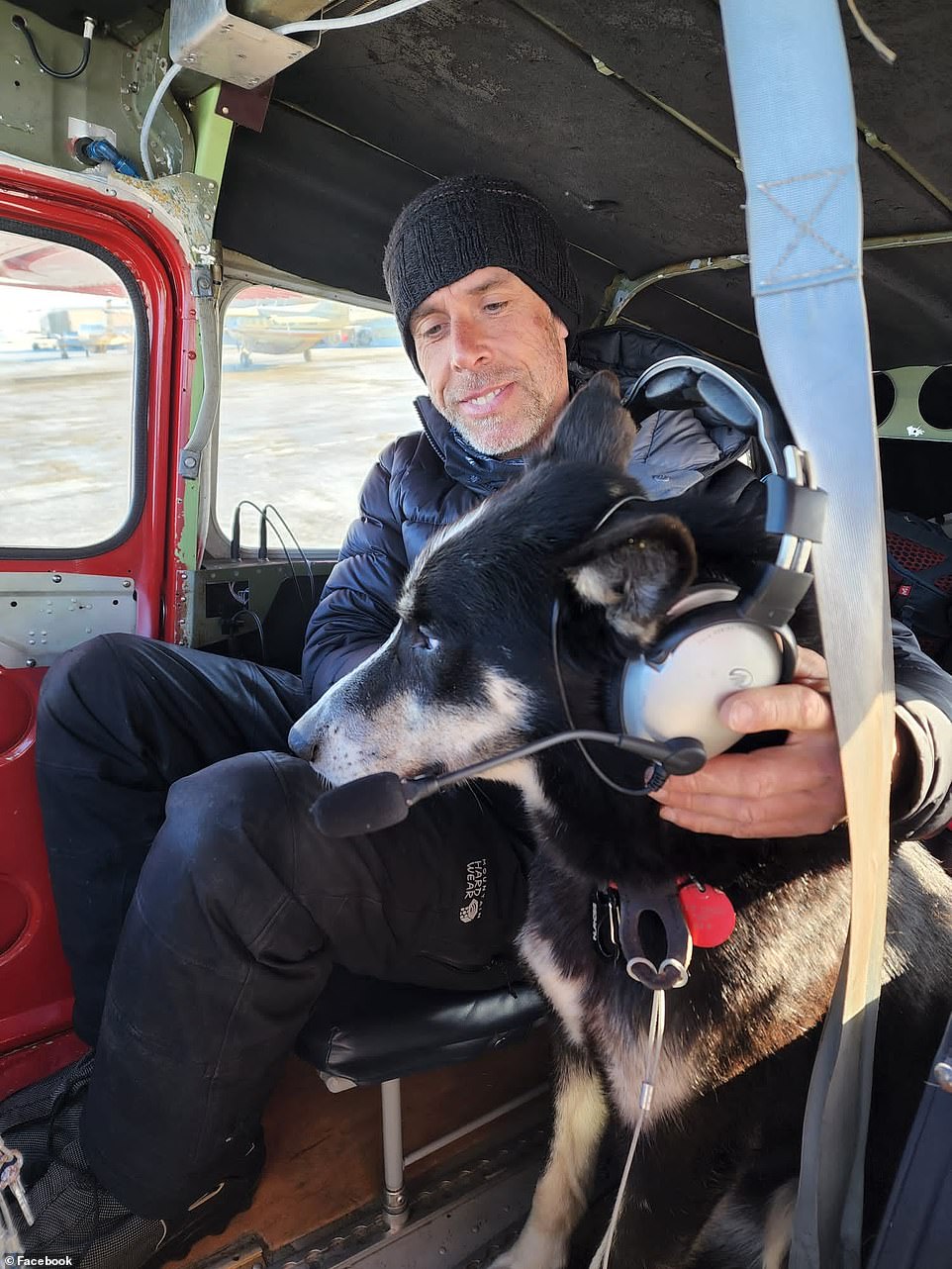 Dos Santos Borges spent the months that Leon was missing searching for the dog. Above, he and another of his dogs in a spotter plane hired to try to find Leon 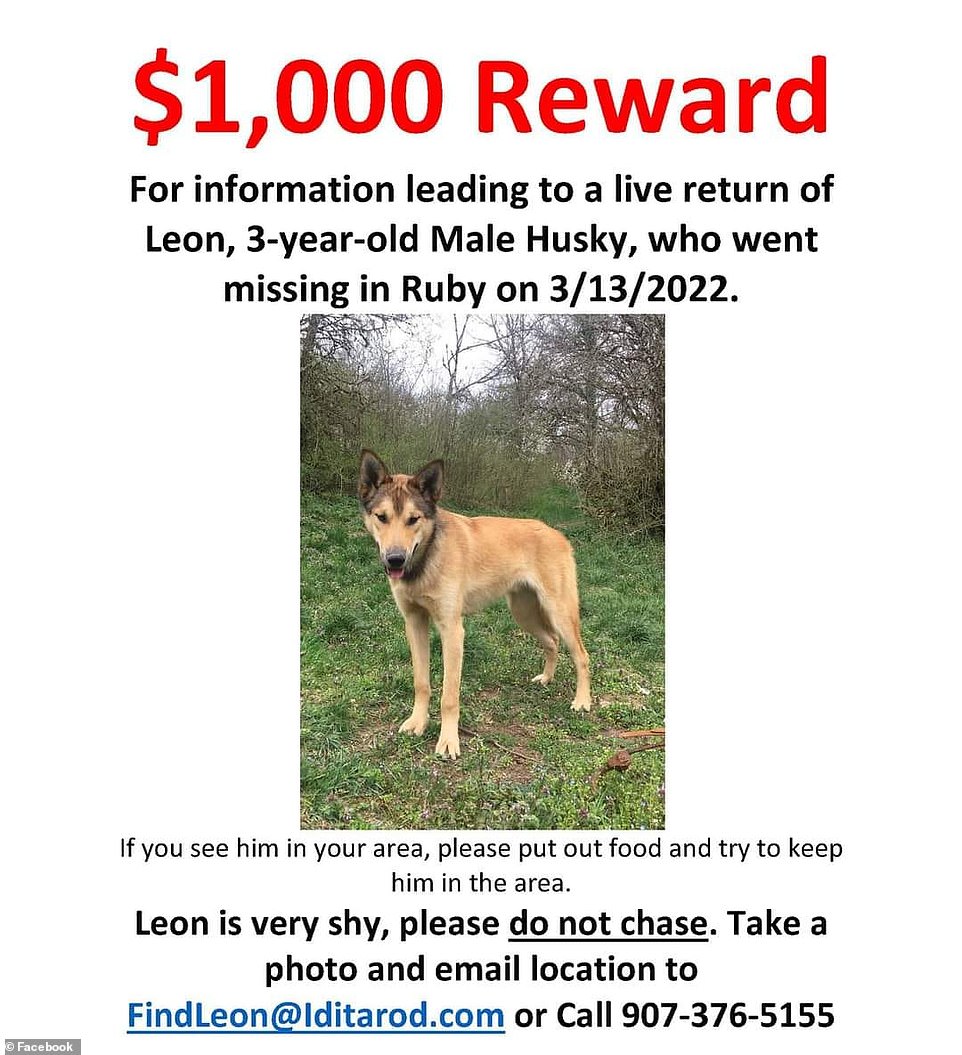 A missing poster for Leon. The poster described the three-year-old husky as being ‘very shy’

Over the following weeks, Dos Santos Borges and Iditarod authorities searched the Alaskan tundra for Leon, even chartering small aircraft to look for the dog and signs of his presence.

In a number of emotional Facebook posts, Dos Santos Borges documented the search process, and talked about the emotional decision of leaving the dog behind.

‘One thing is for sure, I’ll never stop looking for my dog,’ he wrote in one post, ‘The Iditarod committee has certified us that they would, finally, conduct research with regular reports. I’m waiting to see… but at this moment, it’s important, like a hitch, to move on.’

‘Go forward with, I think, benevolence, altruism and a positive attitude to find, all together, my little Leon…’

A poster circulated offered a reward for information leading to Leon’s safe return.

‘Leon is very shy. Please do not chase‘ the poster read. 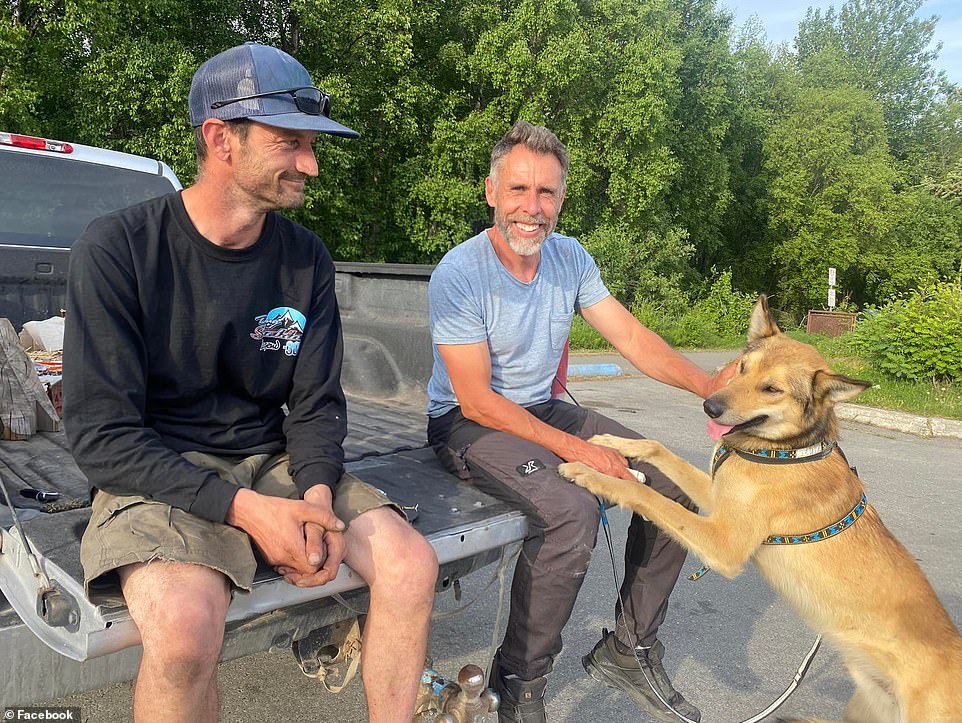 Dos Santos Borges and Leon reunited in Alaska on Saturday. Leon was found to be in good health after three months in the harsh Alaskan tundra 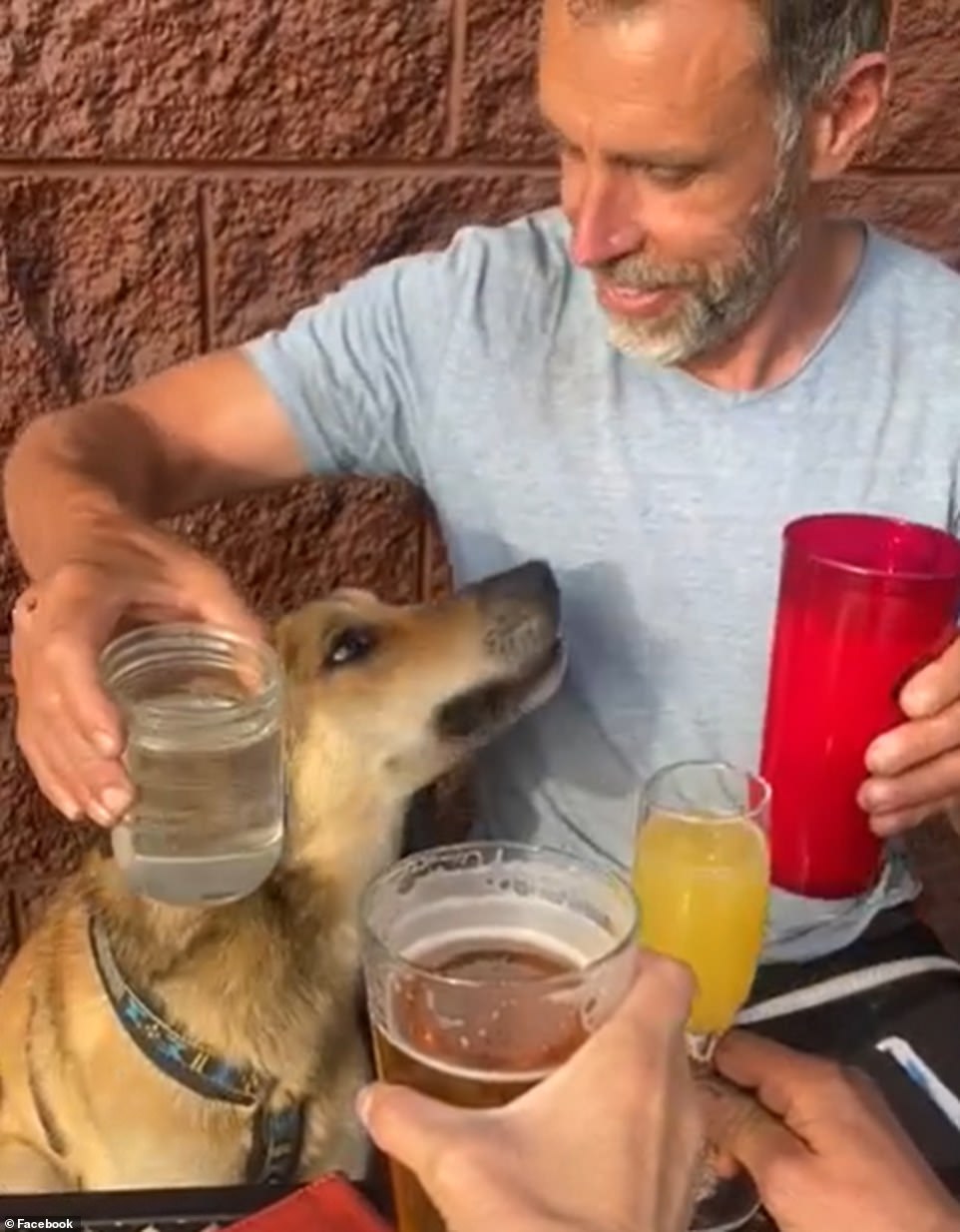 Three months later, residents in the city of McGrath – about 150 miles south of Ruby – reported to Race Director Mark Nordman that Leon had been spotted hanging around a cabin on May 31.

The resident of the cabin and a local dog musher began leaving food out for Leon, and the husky was finally captured on Saturday.

Leon and Dos Santos Borges were reunited on Saturday. The musher posted pictures of the pair together.

‘Leon is with me ! A great story, a beautiful story of love and friendship between all the people who helped, who thought very hard about this reunion,’ he wrote on Facebook, ‘Thank you! Life is gooooood !’ 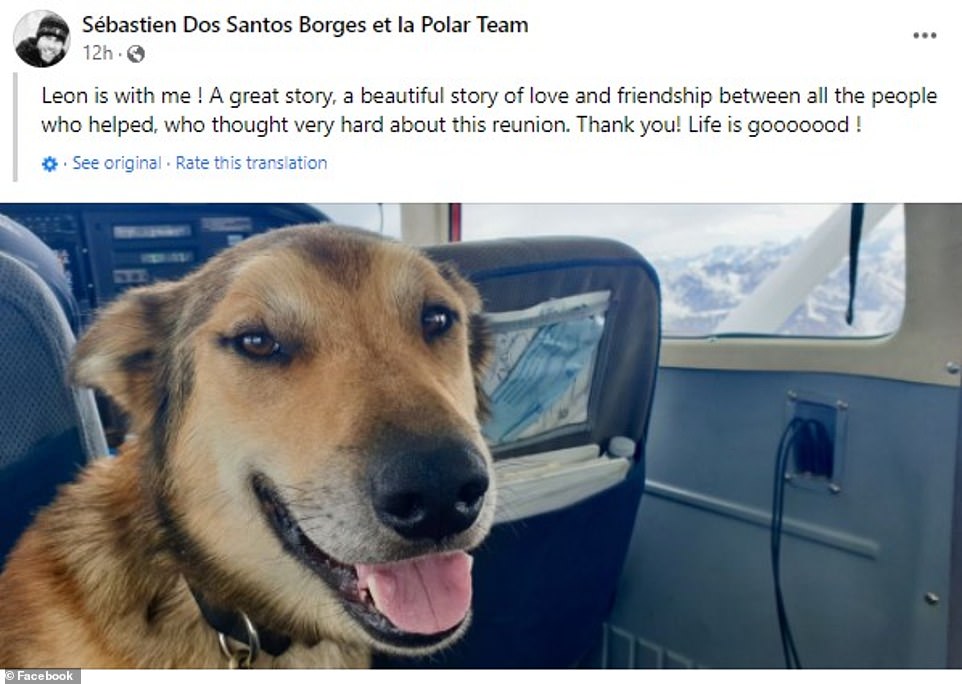 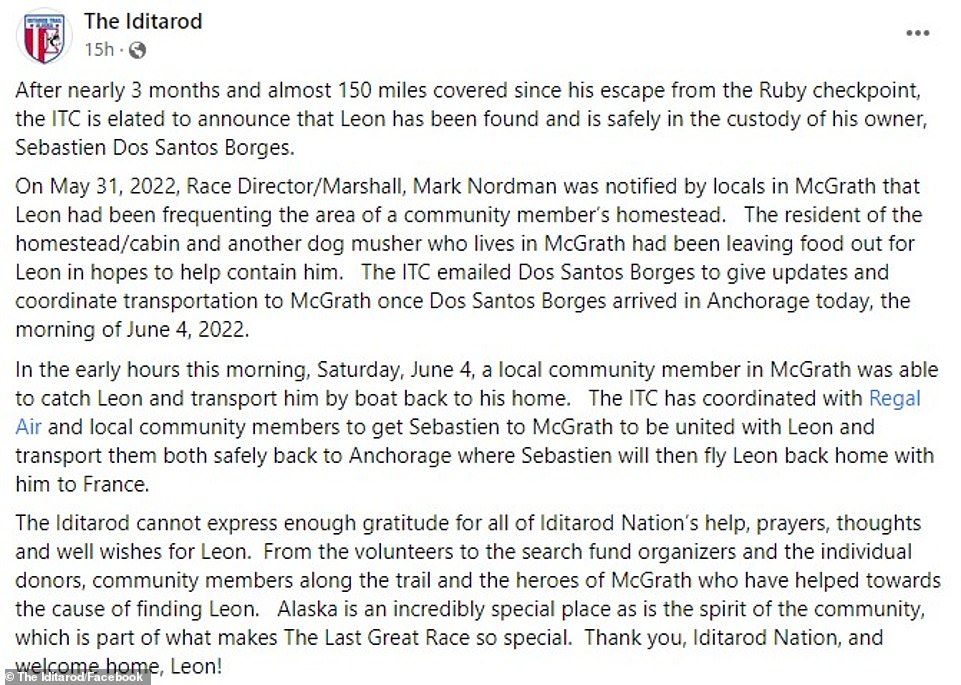