Call The Midwife Advisor on why mums don’t seek support

Modern technology has isolated mothers and stopped them from turning to professionals for advice, the adviser to the BBC’s Call the Midwife has said.

Terri Coates, who is a practising midwife and lecturer, raised concerns about parents ‘not getting the right answers’ when they turn to websites like Google for help.

She also commented on how the ‘camaraderie’ between mothers that existed in the eighties has been lost because NHS ‘mothercraft’ and ‘parentcraft’ classes are no longer offered.

Terri Coates (pictured on the left), who is a practising midwife and lecturer, raised concerns about parents ‘not getting the right answers’ when they turn to websites like Google for help

Speaking about the impact of technology, she said: ‘Nowadays, because there is so much information at the touch of a button, I don’t think people feel the same need for midwives’ professional advice – and the way the NHS is funded now, we couldn’t afford to run classes like that anyway. But the problem with Google or Siri is that, if you don’t know which questions to ask, you’re not going to get the right answers. Technology has isolated mothers enormously.’

Millions of parents turn to websites such as Mumsnet for help, follow other parents on social media to see their tips or subscribe to parenting blogs. Others search their parenting questions on Google or the voice-activated tool Siri.

And Miss Coates lamented the subsequent decline of the ‘social’ side of parenting, telling the Radio Times: ‘Until well into the 80s, pregnant women were offered training in what was called “mothercraft” and later became “parentcraft” – a series of classes, paid for by the NHS, where they made great friendships that lasted beyond their baby’s birth. 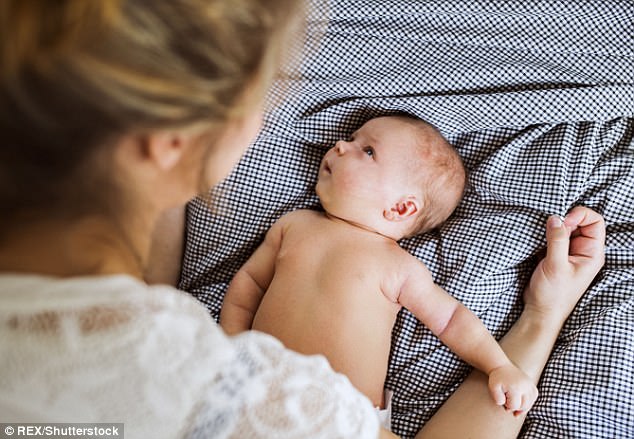 Millions of parents turn to websites such as Mumsnet for help, follow other parents on social media to see their tips or subscribe to parenting blogs

‘If dads attended those early antenatal classes, it was mostly to tell them what to expect after delivery – and if they were present at the birth, it was generally because they hadn’t left the room quickly enough! In our antenatal sessions we used to shoo the dads off to the pub. The mums then had a whole different level of intimate conversation. The camaraderie was wonderful.’

Call the Midwife returned to the BBC for a seventh series on Sunday night, with more than 7 million people tuning in. In addition to covering the 1962-1963 Big Freeze, the series will also tackle the influx of West Indian nurses to the NHS and the racism many of the young nurses experienced.

The drama is known for not shying away from hard-hitting issues, including disability, domestic abuse and female genital mutilation, and the birthing scenes are so realistic they are played to trainee midwives.

Miss Coates, who is studying for a PhD in the portrayal of childbirth in TV drama, told the magazine: ‘I help the director choreograph what is clinically plausible within a given scenario. We practise with dolls and prosthetics, so you can spend five or six hours doing a birth, but the baby is only on set for a minute or two. I’m always there, crouching, dangling or leaning just out of shot, to make sure the baby is safe.’