Now THAT’S taking the biscuit! The calling cards of the world’s most ANNOYING people… that will leave you mad with rage

Imagine someone bought every roll in Subway so no-one else could have a sandwich, or plonked an uprooted pant on the bonnet of your car, these are just a couple of irritating things people have done to troll each other.

In one image a woman tries to return a half-eaten birthday cake to the shop she bought if from.

Taking your cake and eating it: In one image a woman tries to return a half-eaten birthday cake to the shop she bought if from 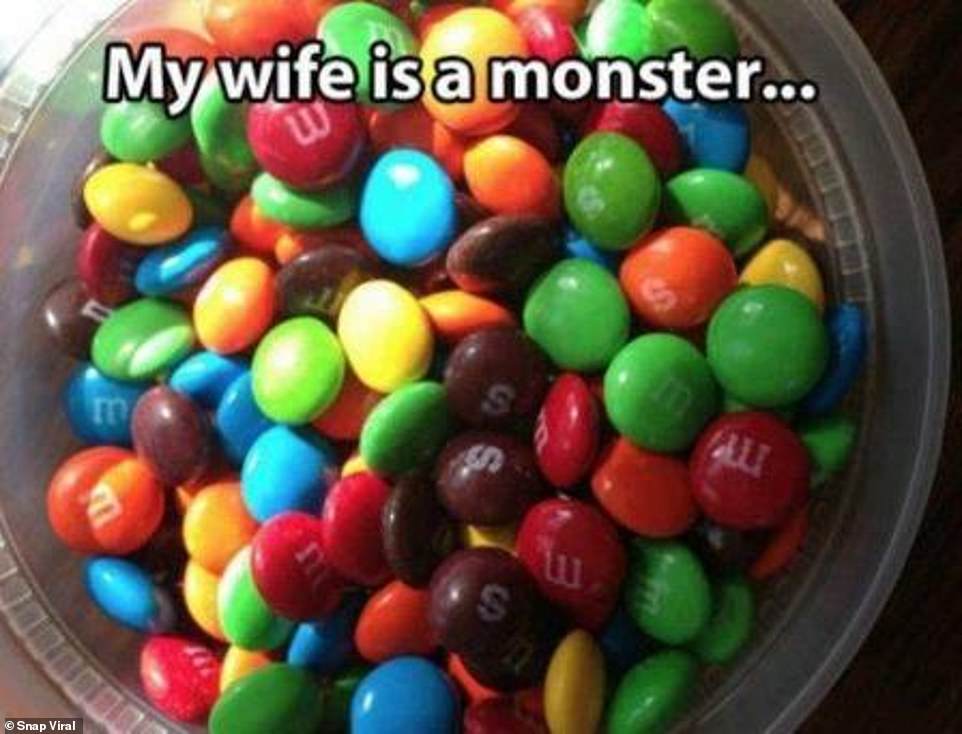 Mixture madness: ‘My wife is a monster’ this person says after their partner mixed skittles with M&Ms in a container

In another, a person appears to have bought a whole tray of delicious Krispy Kreme doughnuts, only to have taken a bite out of every one of them.

Another incredible image shows CCTV footage of a Chinese boy urinating on the control panel of an elevator, inadvertently getting himself trapped after causing an electrical short circuit.

Surveillance camera footage shows the boy urinating at the buttons while taking the lift alone at 8pm on February 23.

The lift stopped working and failed to open but the boy was freed shortly afterwards. He did not sustain any injuries.

But that was arguably not even the most annoying, with a man’s wife removing all of the cookie dough from his cookie dough ice cream and a few very irritating parking decisions. 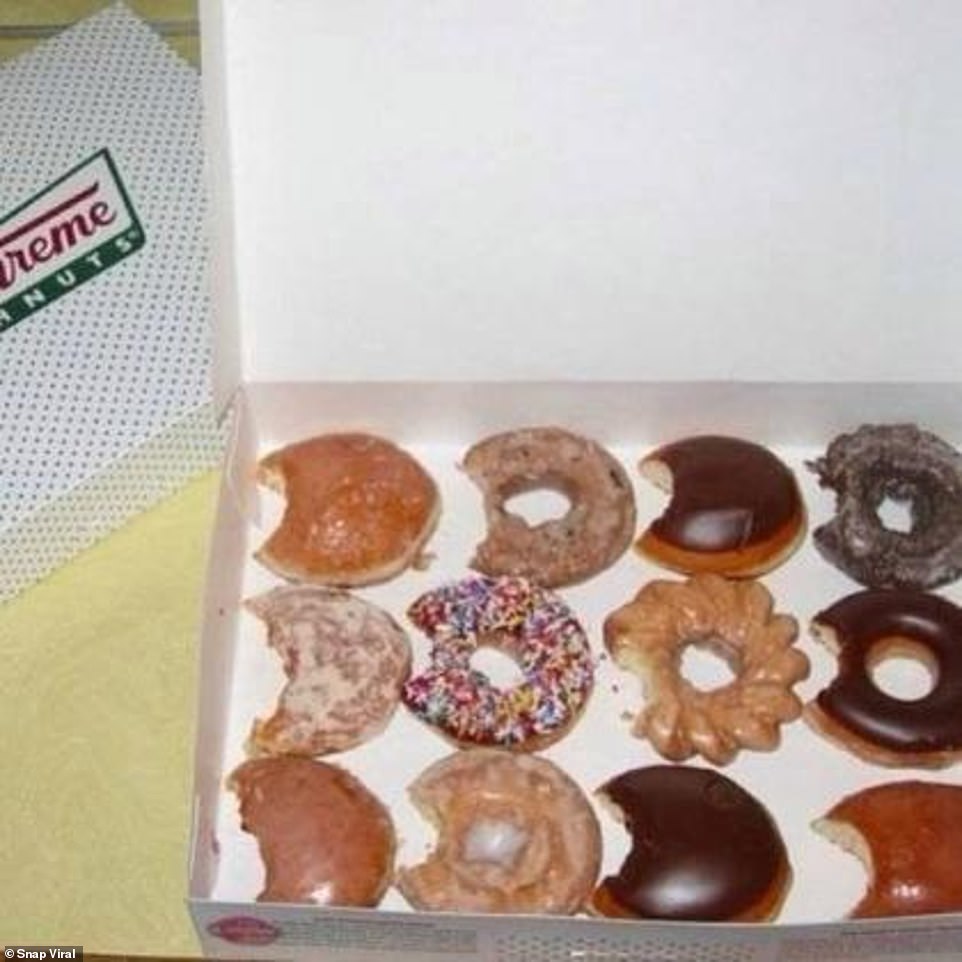 D’oh!nuts: Some evil person thought it was funny to buy a tray of 12 Krispy Kreme doughnuts and take a bite of every one 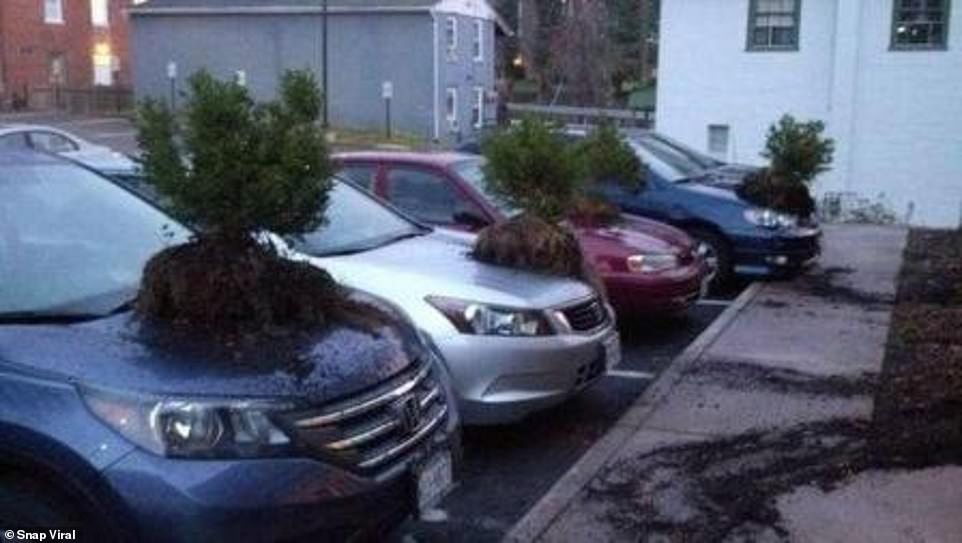 Branching out: A prankster appears to have uprooted small garden buses and plonked them onto the bonnets of parked cars 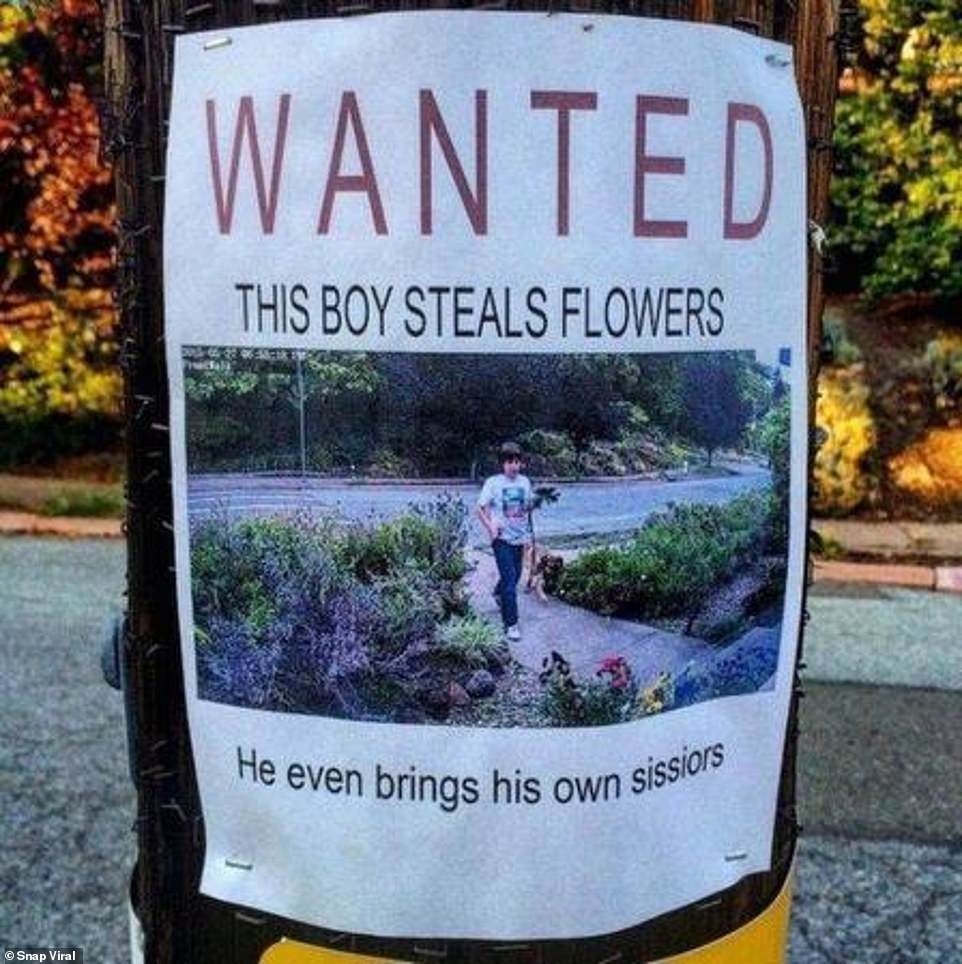 Flower thief: A wanted poster shows a boy casually walking his dog while holding a bunch of flowers picked from a garden 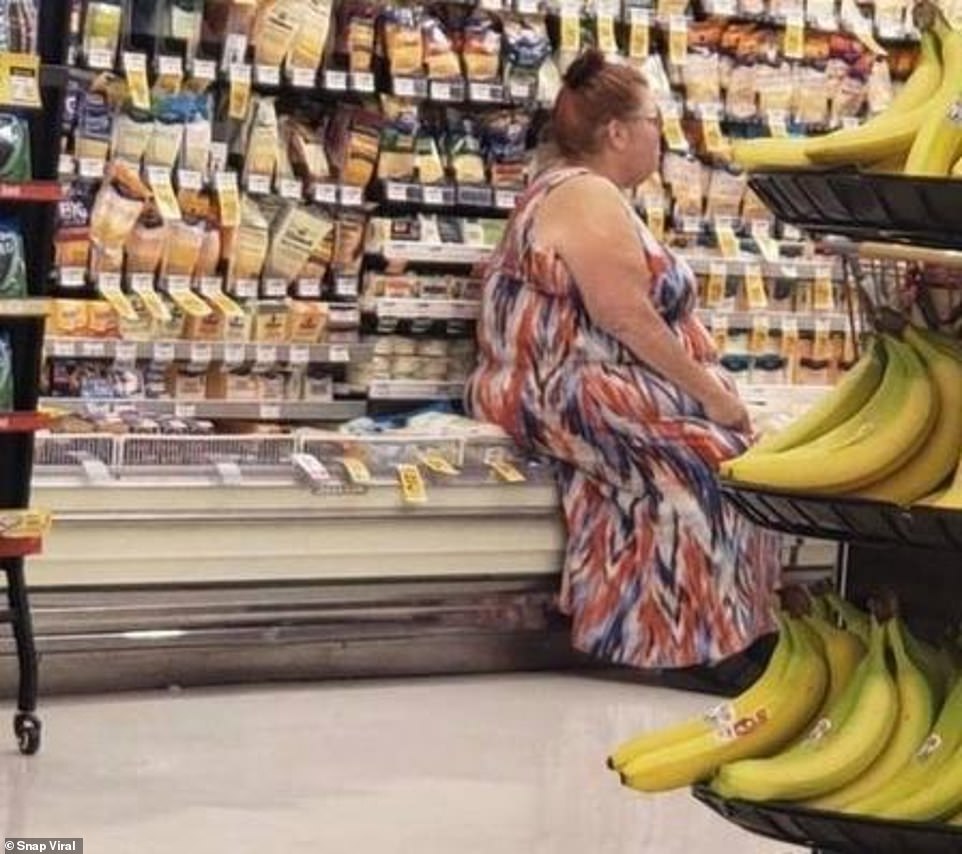 Pit stop: A woman perches on cheese in a display of a supermarket during a shopping trip 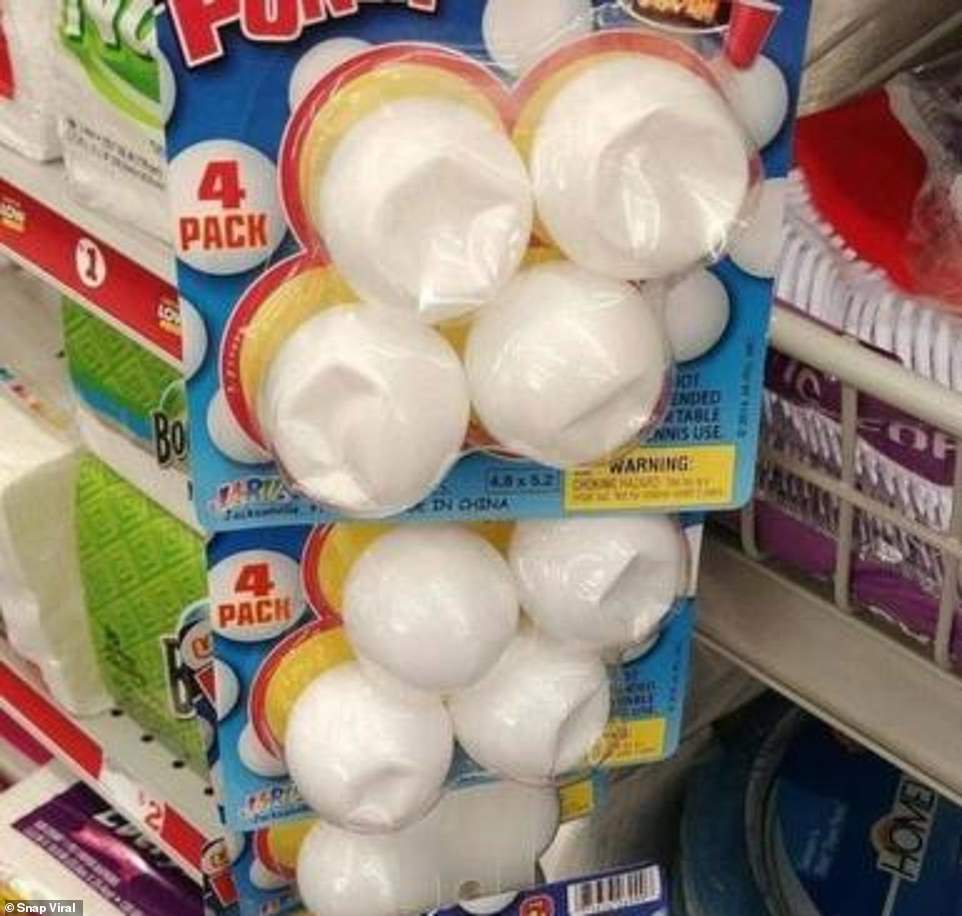 No bouncing back: In this image someone appears to have pushed a dent into several ping pong balls, leaving them useless 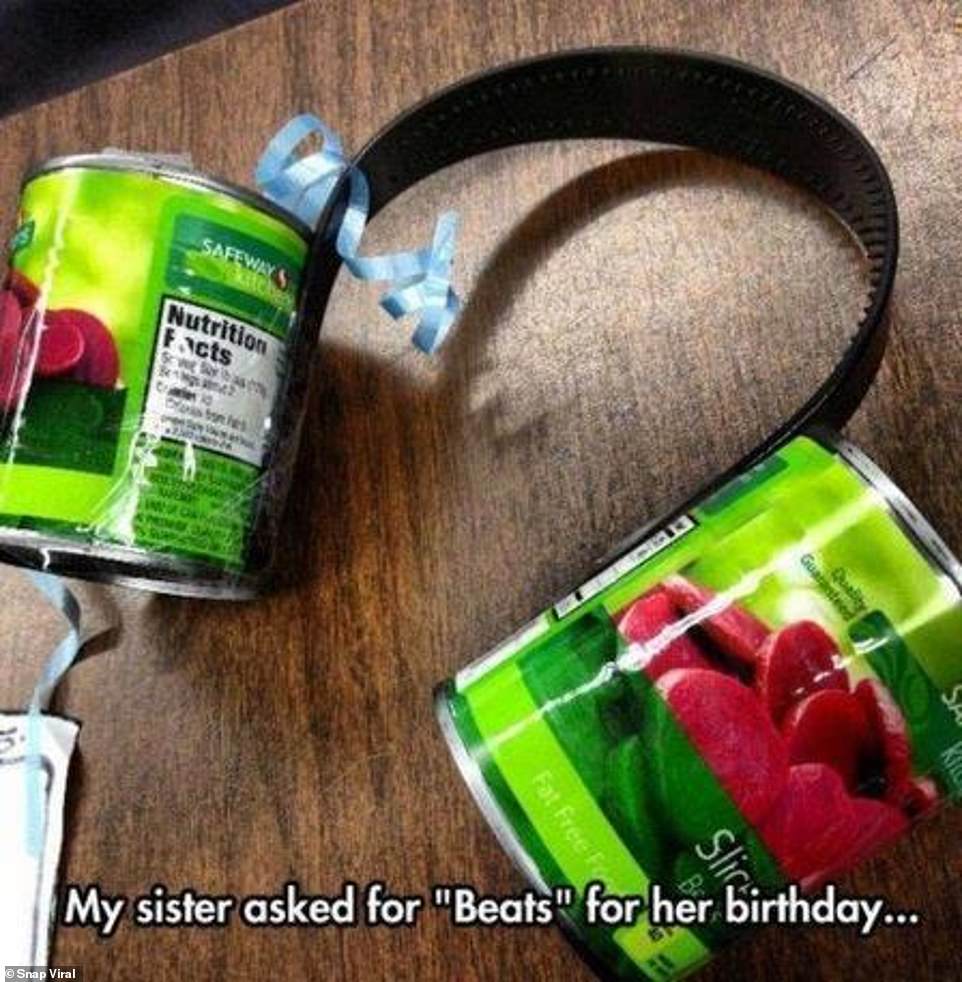 Good try, but not quite: A brother shows an ‘improvised’ version of the popular headphones featuring literal beetroot slices 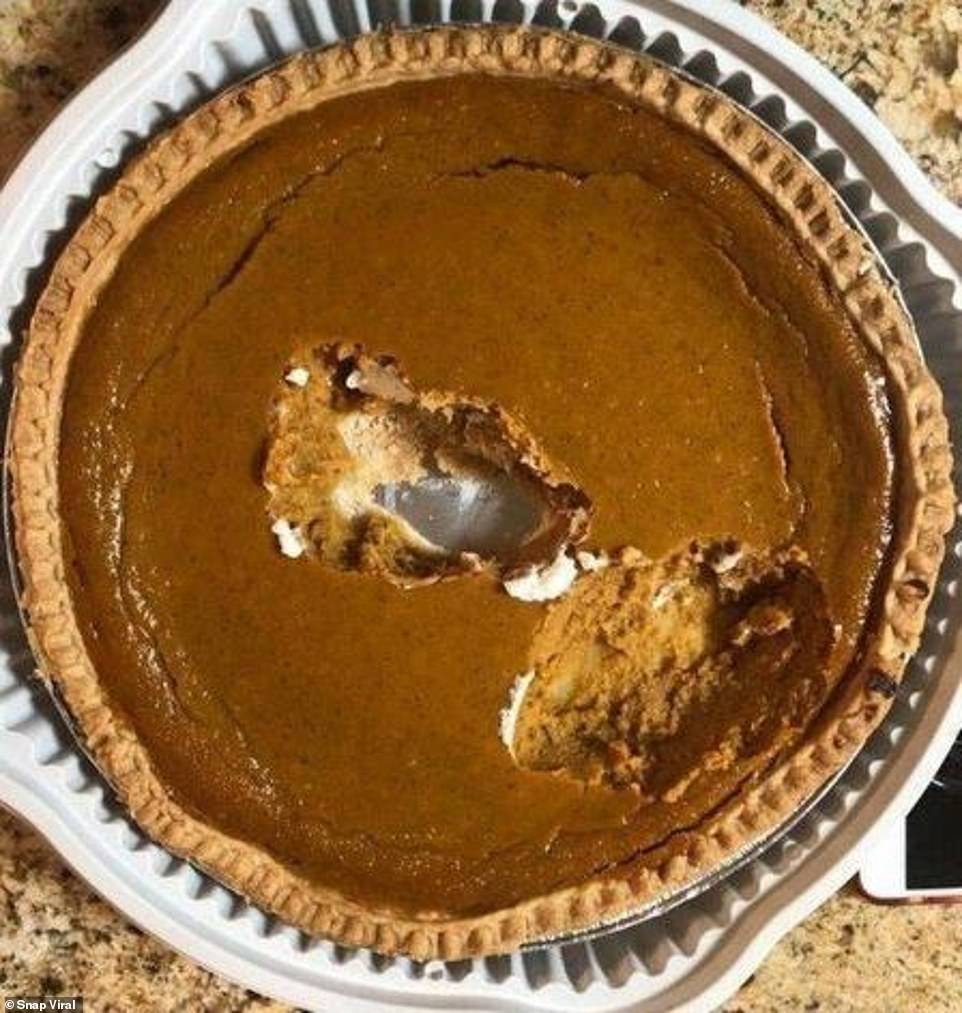 Bye, bye Miss American Pie: Someone appears to have scooped directly from the centre of a pie instead of slicing it 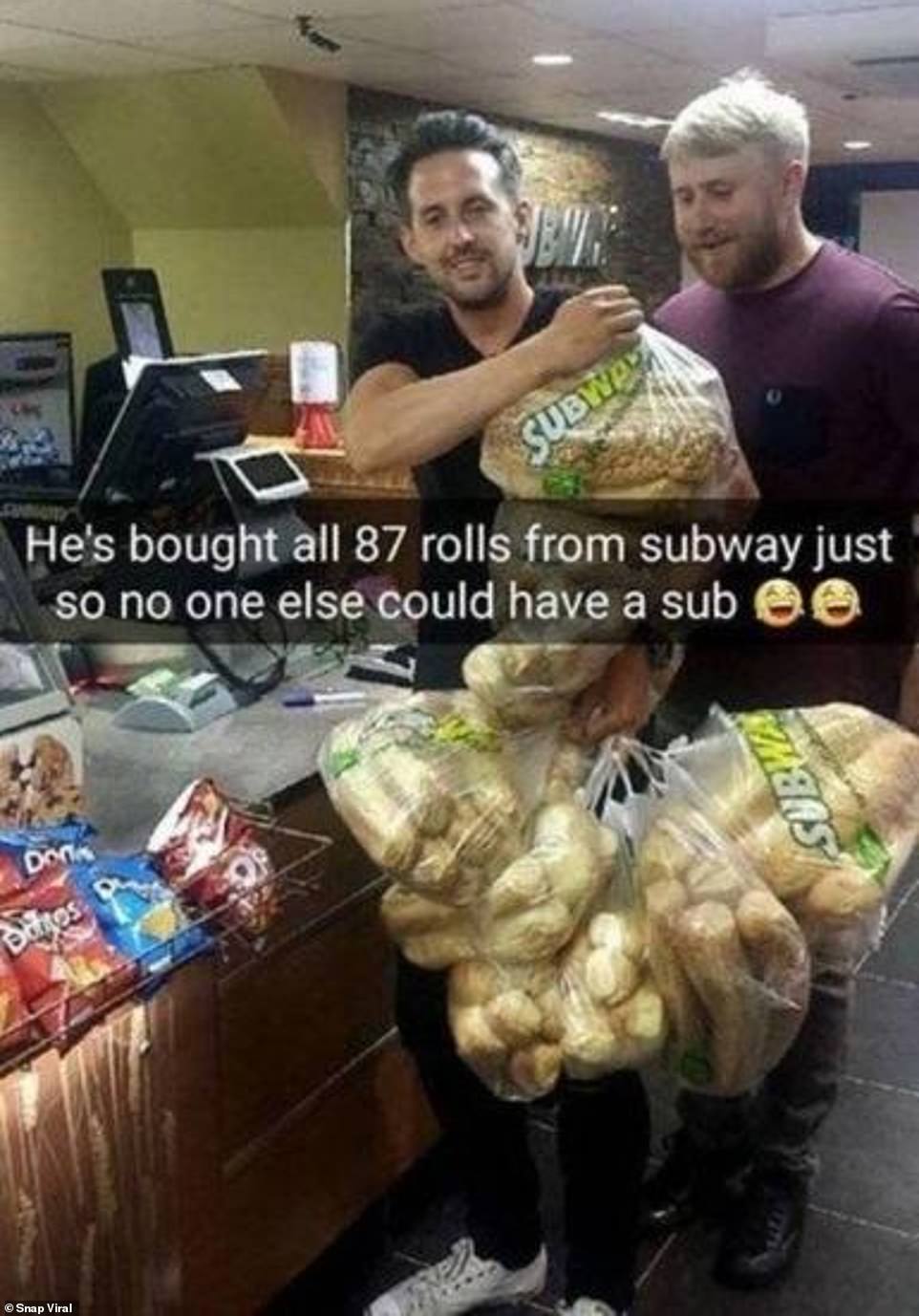 Rollover: These two jokers thought it would be hilarious to by all 87 rolls from a Subway so no-one else could buy a sandwich 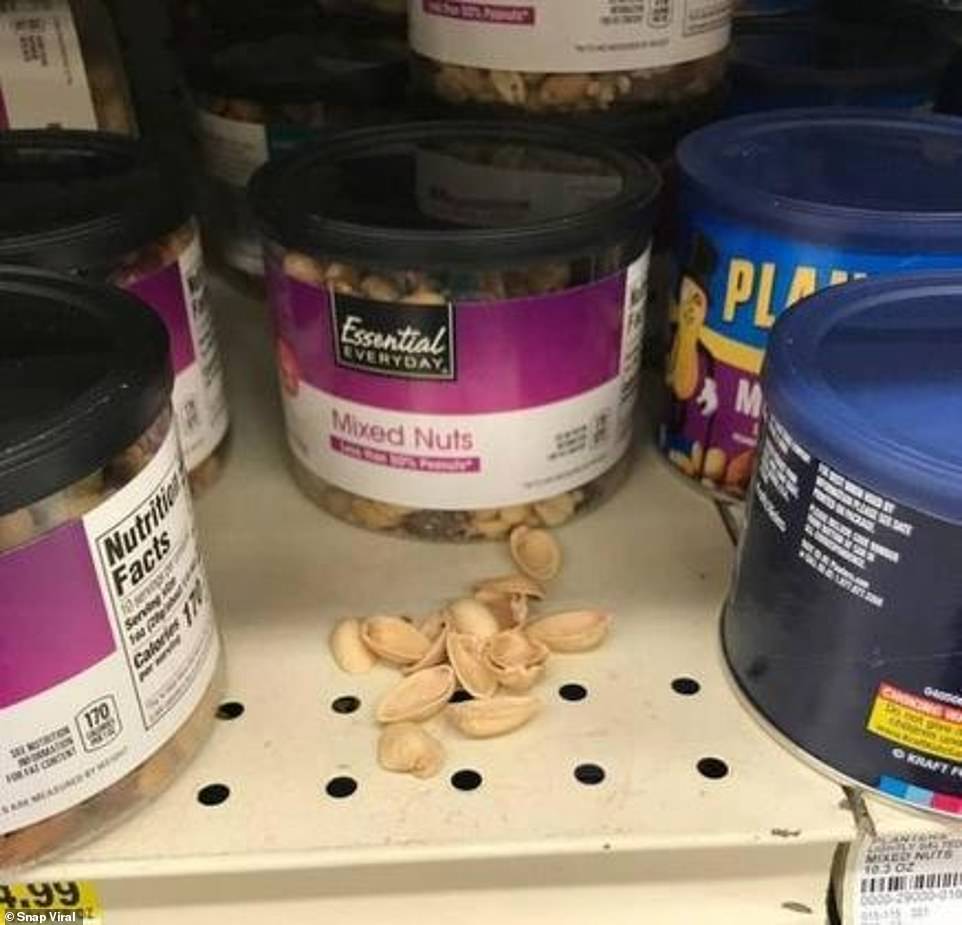 Absolutely nuts: Somebody appears to have eaten some pistachio nuts straight from the container in a shop, without buying 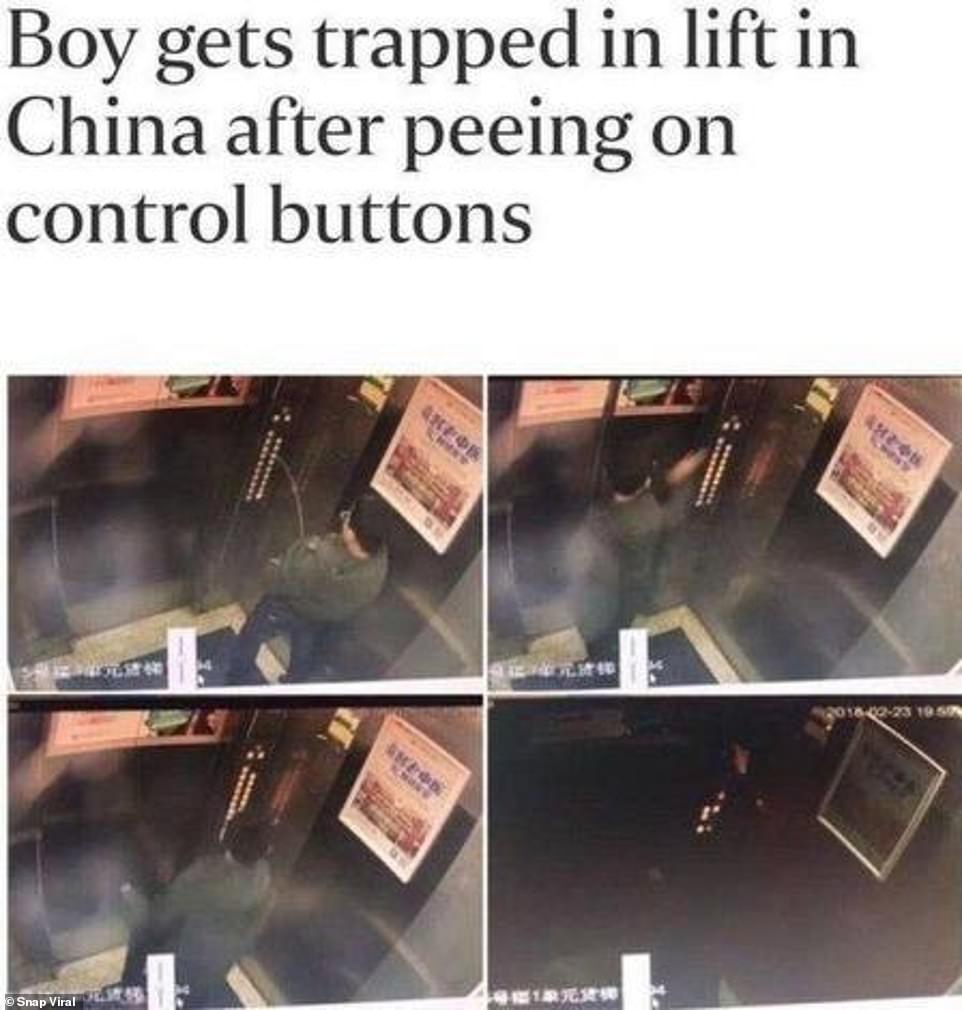 A new level: A Chinese boy can be seen urinating on an elevator control panel, breaking it and trapping himself in the process 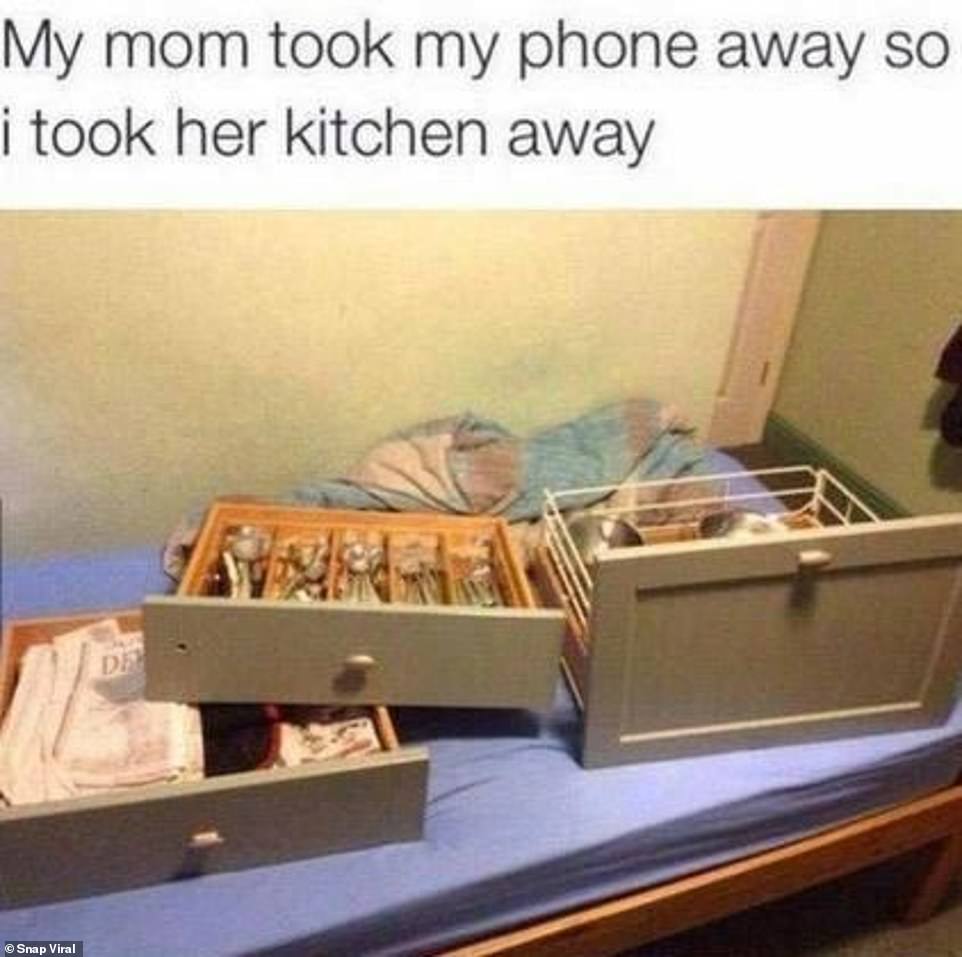 Revenge is a dish best served cold: This person exacted revenge on their mother by stealing her kitchen in response to her taking their mobile phone away 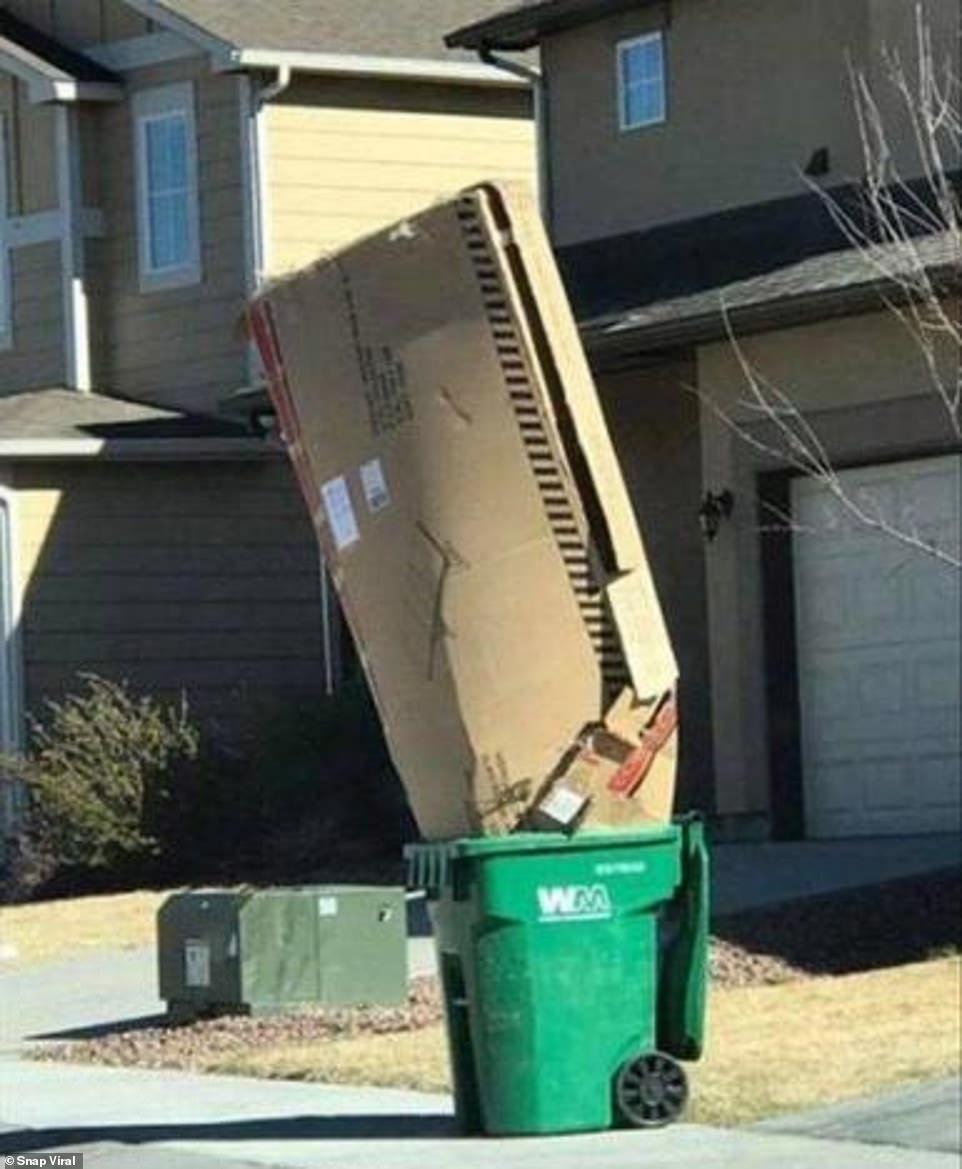 Rubbish effort: This person tried to stuff a bin with cardboard packaging that absolutely dwarfs it at the end of their driveway