Callous carer who stole more than £300,000 from 102-year-old is ordered to pay back every penny

A ‘greedy’ carer who was jailed for nine years for stealing more than £300,000 from a vulnerable 102-year-old woman has been ordered to pay back the cash.

Julie Sayles, 60, used her relationship with Edith Negus, who had managed her money carefully her entire life, to steal from her.

Sayles, who worked for a charity providing social activities for the elderly in Bridlington, East Yorkshire, swindled the money after setting up a joint bank account with the pensioner,

‘Thrifty’ Mrs Negus had saved a huge pot for herself but callous Sayles, of Sewerby Road, Bridlington, made payments totalling £287,688 into the joint account from Ms Negus’s savings.

Julie Sayles, 60, used her status to dupe the cash out of Edith Negus, 102, while she was supposed to be caring for her 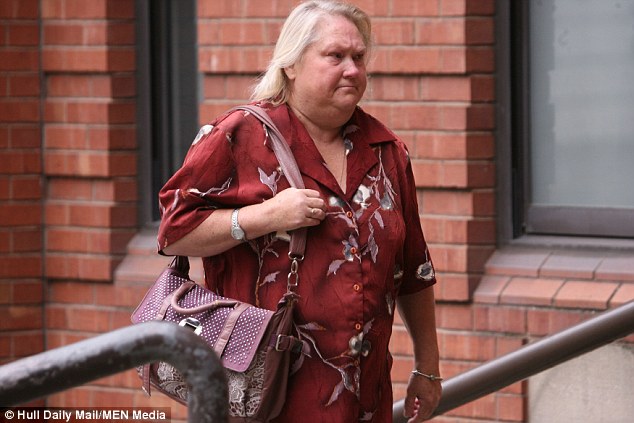 Sayles bought two properties with the cash she stole from an elderly woman she was supposed to be caring for. Last year she was jailed for nine years

Sayles also wrote herself into Ms Negus’s will in a bid to take the rest of her assets after her death in October 2014.

The ex carer denied any wrongdoing but was convicted of five counts of fraud, two of concealing or converting criminal property, and one of making an article for use in fraud.

After she was found guilty following a trial at Hull Crown Court in June last year, Sayles was jailed for nine years.

Sayles was back in the dock today (August 30) for a hearing under the Proceeds of Crime Act, when it was agreed that the total benefit from her criminal activity was £315,000.

The court heard that Sayles has £297,000 in her bank accounts, and has a month to pay that back to Ms Negus’s estate.

Recorder Jeremy Barnett gave Sayles three months to repay the remaining £18,000. If she does not she could face another six months in prison.

During Sayles’s trial, Ms Negus’s relatives had been appalled to hear Sayles describe the money she had taken as a ‘donation’.

Sayles had also hijacked Ms Negus’s funeral, making the arrangements herself and barring relatives from the bungalow she planned to seize in the will.

After plundering the pensioner’s life savings, Sayles spent £125,000 on a house in Trowbridge, Wiltshire, and £119,995 on another in Scarborough.

Both were solely in her name. 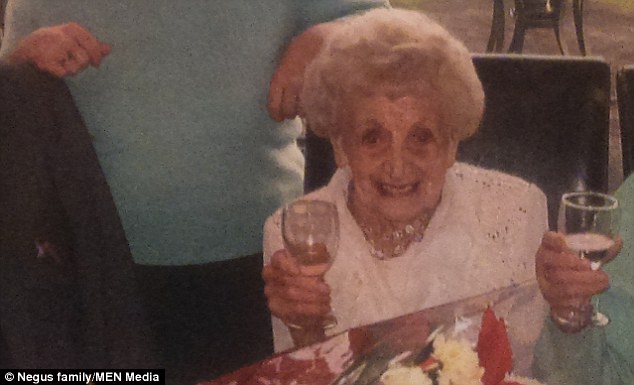 In an emotional statement read outside court following Sayles’s conviction, Ms Negus’s great-niece, Ann Ruthven, revealed that they did not want her life to be remembered for the callous crimes committed against her.

The family released a series of photographs of Ms Negus throughout her long life to show the woman she was, and that she had never been ‘abandoned’ by her loving family as Sayles wickedly claimed.

Miss Ruthven said: ‘Edith Negus was a beautiful, kind, warm and loving woman who had many friends and family who loved her dearly.

‘Edith would have been horrified that she has been associated with anything like this, and we stress that this is not how Edith should be remembered – she should be remembered for the long and very full life she led, and the lives she touched with her wonderful smile.’