Calls for council tenants to be banned from smoking at home

Residents in council housing who are three-times more likely to smoke than owner-occupiers should be given access to vaping kits to help them quit, a new report has claimed.

Researchers found 35 per cent of residents in social housing smoked, compared with 25 per cent in private rented accommodation and just 11 per cent of home owners.

The report, published between Action Smoking Health and two All Party Parliamentary Groups, urges action to tackle the number of people continuing to smoke at home. 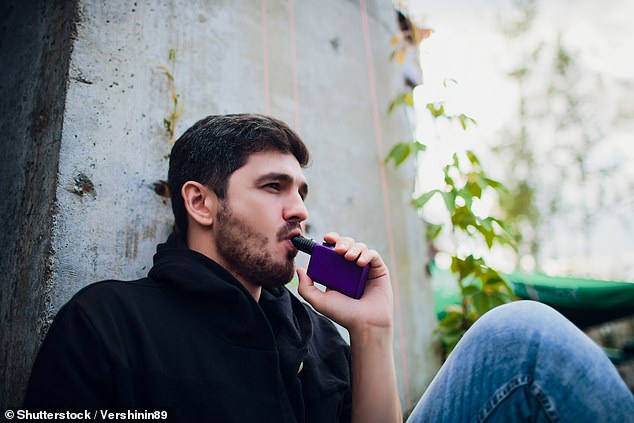 According to the authors, the aim is to help protect children and non-smokers from secondhand smoke.

Researchers found that people living in social housing are twice as likely to smoke as other people and also find it more difficult to quit.

‘As a result, smoking-related illness is much more common among both adults and children in these communities.’

Researchers did not recommend an outright ban on smoking in the home, but said housing and health professionals should provide advice and support to smokers to assist them to quit.

Co-chair of the report Lee Sugden of Salix Homes said: ‘People living in social housing are twice as likely to smoke as anyone else, so as a social landlord, we have an important role to play in supporting our tenants to lead a healthier lifestyle, whether that be initiatives like providing vaping starter kits, or signposting them to the right support services.

‘This is not about a ban on smoking in homes; this is about raising awareness of the significant health inequalities of those living in some communities and recognising how we as landlords can help and support people to quit the habit.’

Researchers claimed that 63 per cent of those helped during the pilot project had stopped smoking.

Ruth Tennant, Public Health Director at Leicester City Council said: ‘Despite falls in smoking prevalence, smoking is the leading cause of premature death. Continued progress, particularly in our most deprived communities, depends on finding new partnerships and innovative policies. This report is a fresh way to look at old challenges and I look forward to working with my colleagues in housing to make it a local reality.’

Deborah Arnott, CEO of ASH added: ‘This report does not call for a blanket ban on smoking in the home. It is focused on increasing the support to smokers where they live and raising awareness around the role many more professionals could play in tackling entrenched and high rates of smoking in some of our poorest communities.’