Beauty queen Skye Mitchell, 18, lost control of her father’s Toyota Yaris on a bend and collided with a transit van

A grieving mother is backing calls for restrictions on new drivers after her 18-year-old daughter died when a car driven by her inexperienced friend was involved in a head-on collision.

Beauty queen Skye Mitchell, also 18, who had passed her test four months earlier, lost control of her father’s Toyota Yaris on a bend and collided with a transit van.

She died alongside her friend Caitlin Huddleston. Back-seat passenger Ellis Marr, 18, suffered serious injuries and is still recovering after the accident in July last year.

Van driver Patrick Troll, 52, who was badly hurt and remains in hospital, said in a statement there was ‘absolutely no way’ he could have avoided the crash.

After the inquest Miss Huddleston’s family said they were campaigning in support of the road safety charity Brake for the introduction of a graduate driving licence across the country.

This would involve restrictions on newly-qualified drivers carrying passengers.

Miss Huddleston’s mother Sharron said: ‘Caitlin and Skye are victims of an outdated system which cuts the lives short of a serious number of young adults and new drivers whilst destroying and rewriting families’ lives on an almost daily basis.’

She added Miss Mitchell, a friend of her daughter since primary school, had rarely borrowed her father’s car since her test, had never driven on that stretch of road and had never driven with the distraction of a car full of passengers.

Robert Chapman, the assistant coroner for Cumbria, also called for the introduction of a graduated driving licence.

He said Miss Mitchell was driving ‘a little too fast for the road and the conditions’.

He added: ‘It wouldn’t have been too fast if the road had been dry. But she was a new driver, inexperienced and sometimes a little bit nervous.’

Police found no one involved had drunk alcohol or consumed any banned substances. 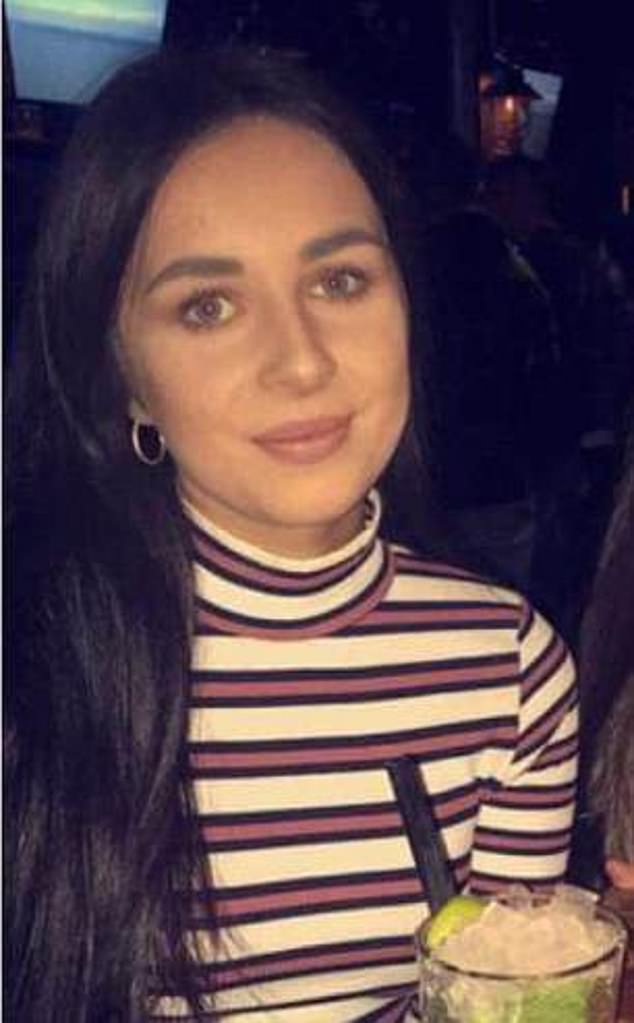 She died alongside her friend Caitlin Huddleston (pictured). Miss Huddleston’s family are now supporting the introduction of a graduate driving licence across the country

The coroner ruled both women, from Millom, Cumbria, died from multiple injuries from a traffic accident. He said he would write to the Department of Transport with recommendations about a graduated driving licence.

A pilot scheme for such a licence is being run in Northern Ireland next year. The inquest in Barrow on Friday heard the three young friends were going for a meal out when the accident happened.

Miss Mitchell, who had won several junior regional beauty queen contests, was driving her father’s Toyota along the A595 when the vehicle swerved into the path of the van on a bend near Bootle, Cumbria.