Calls for sex doll brothel in Paris to be shut down

A sex doll brothel in Paris is facing calls to be shut down – with angry critics branding it a ‘degrading’ place that fuels rape fantasies.

Councillors are set to decide the future of Xdolls, which opened in a neighbourhood in the heart of the French capital last month, at a meeting this week, Le Parisien reports.

Housed in a non-descript flat in the city, the business is officials registered as a games centre.

But its critics argue that it is actually a brothel – which are illegal to own or operate in France.

Critics are calling for a sex doll brothel in Paris to be shut down, branding it a ‘degrading’ place where ‘you rape a woman.’ Pictured, a doll at Xdolls

Customers are charged €89 (£78) for an hour with one of three silicone sex dolls – Kim, Lily and Sophia,  all made in China and worth several thousand euros – in one of the three available rooms.

They are only told the exact address after booking a session and paying for it online.

Owner Joachim Lousquy told the newspaper that Xdolls attracts mostly men, although some couples do visit.

Mr Lousquay, who claims his neighbours aren’t aware of the nature of the business, insists the dolls are sex toys and not degrading to women.

He and others are calling for a ban on Xdolls because it is run like a brothel and over concerns that abusive and degrading experiences with the dolls may lead to such encounters with real women. 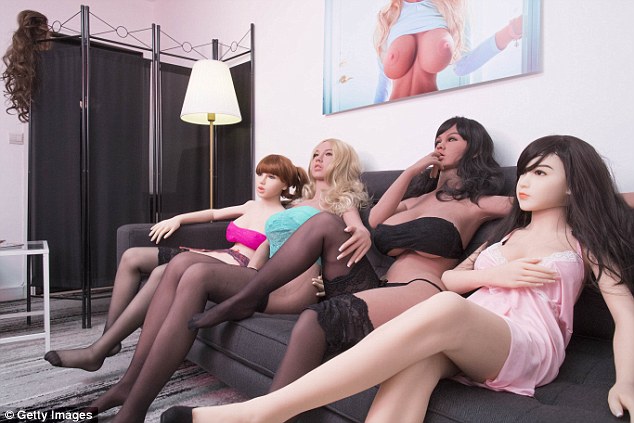 ‘Xdolls is not a sex shop. It’s a place that generates money and where you rape a woman,’ she told Le Parisien.

She added it was important to shut it down, noting that ‘86,000 women are raped in France every year.’

Pierre Laurent, the national secretary of the Communist Party, told VSD that some of the sex dolls can lead to  thoughts of sex with children because of their small size.