Calls for teacher to be sacked over black lives matter posters

A primary school teacher who asked students to make offensive anti-police posters should be sacked, according to NSW Police Minister David Elliott.

Pupils in Years 5 and 6 at Lindfield Learning Village in Sydney’s north made placards with the words ‘Stop killer cops’ and ‘Pigs out of the country’, slogans which have featured in the Black Lives Matter movement in the US.

Mr Elliot has called for the teacher involved to be stood down for demonising the state’s brave police officers.

‘The headmistress should be fronting the media today to explain why taxpayers dollars are being spent to educate children in this manner,’ he told 2GB radio on Wednesday morning.

‘They have completely let their student body down by indoctrinating and brainwashing them,’ he added.

‘We are supposed to be telling our kids that if you wear a uniform you’re a hero and teaching these kids the history of Australia is one of tolerance and sacrifice and courage and then we get this crap stuck to us.

‘If my kid was at this school I’d want my money back and I’d be getting my kid out of there.’

A furious Mr Elliot apologised to the parents of police officers. 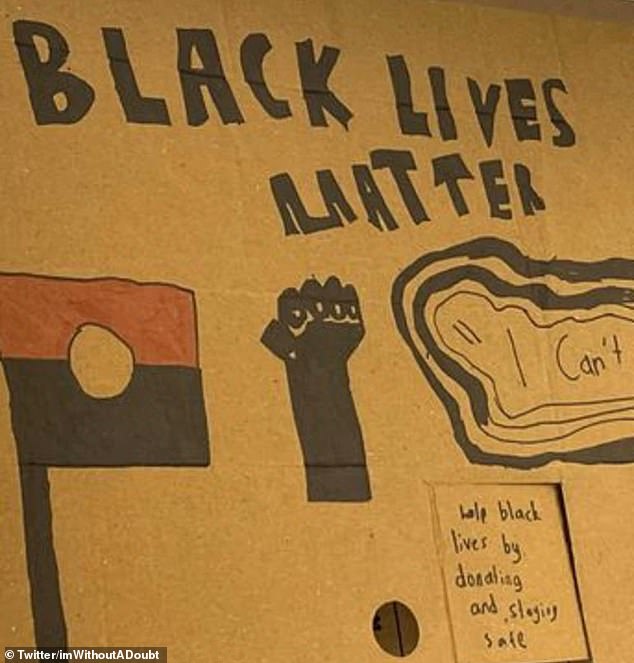 ‘Police haven’t done anything wrong, they are the pillar of our society. This sort of mentality has no place in Australia.’

Images of the posters were shared on social media and featured in the Daily Telegraph newspaper which first broke the story on Tuesday night.

Education Minister Sarah Mitchell told the newspaper she would launch a review to find out how this happened.

‘These posters should not be displayed in a classroom. Any teacher found to be politicising a classroom will face disciplinary action.

‘Political activism has no place in a school,’ she said.