A coroner has called for tougher tests for older drivers after an 88-year-old man with ‘undiagnosed dementia’ mounted a pavement and killed a grandmother.

William Sherlock crashed into Evelyn Fisher, 61, as she walked to work along a a shopping street in Paignton, Devon in April last year and she later died in hospital.

Charges of causing death by dangerous driving against Sherlock were dropped when he was deemed unfit to face a trial.

At Ms Fisher’s inquest today, a coroner called on the Department of Transport to tighten up the rules on elderly drivers.

Deborah Archer said she would use her powers to call for a review of the policy of people ‘self-reporting’ medical issues to the DVLA.

In her letter to the government the coroner also said there should be more regular mandatory testing of drivers aged over 80.

She added: ‘I appreciate that this is nothing for the family (of Ms Fisher) but it is the best I can do to try to make sure some good comes out of this terrible incident.’

Sherlock said he had reached up to the car’s sun visor, aggravating an old injury in his arm.

But a doctor later found was not aware of his actions at the time of accident and gave a confused account afterwards. 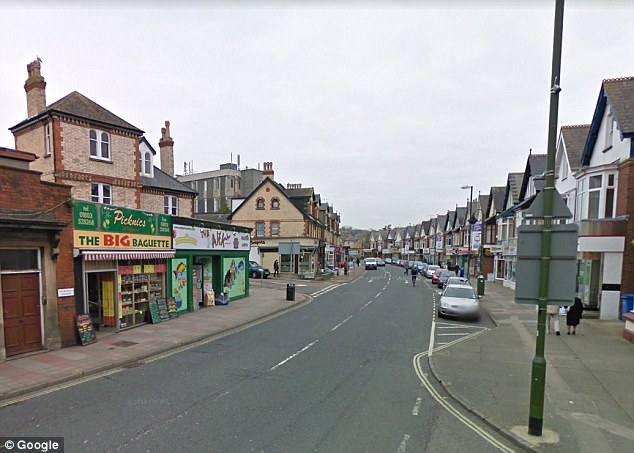 The tragic crash happened on this busy shopping street in Paignton, Devon

Sherlock had not suffered any kind of medical episode at the time of the crash, but a neurological expert said he believed he was in the early stages of dementia.

Had his dementia been diagnosed, she said, Mr Sherlock would have had to have his case assessed by the DVLA.

In a statement read to the court, Ms Fisher’s daughter Andrea Vella said her mother’s death had left her feeling ’empty’ and ‘heartbroken’.

‘Mum was a big part of my life,’ she said. ‘We could depend on each other. I feel so alone without her.

‘She was the best mum. We have had an extra 20 years of life together taken away from us.

‘I believe that she didn’t just die – she was killed. I hope the driver feels remorse so that I can forgive him.’ 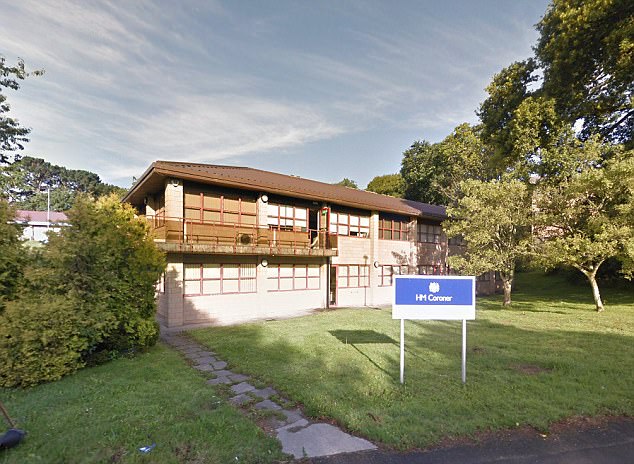 After an inquest in at Plymouth Coroners Court (pictured), a coroner called for tougher rules on older drivers

The coroner returned a narrative conclusion at the end of the hearing.

Afterwards Michael Cole, Ms Fisher’s partner, said she would be ‘sorely missed’ by him, her family and her many friends.

He added: ‘She was a wonderful person.’

He said after the inquest: ‘We would ask anyone who is elderly to look at themselves, or at family members who may be at that stage of their driving where they need to think seriously about what they are doing.

‘It’s a really difficult thing to do, but it’s a message we need to get out.’

This week’s case follows a warning that people will continue to die unless the DVLA clamp down on elderly drivers suffering illness and poor eyesight.

Last year Dr Elizabeth Carlyon urged the organisation to pour greater scrutiny on OAPs behind the wheel and to carry out stricter medical assessments.

The Cornwall and Isle of Scilly coroner made the call following the death of 75-year-old Geoffrey Taylor in a crash on August 8 last year.

She warned the DVLA: ‘In my opinion there is a risk that future deaths will occur unless action is taken.’ 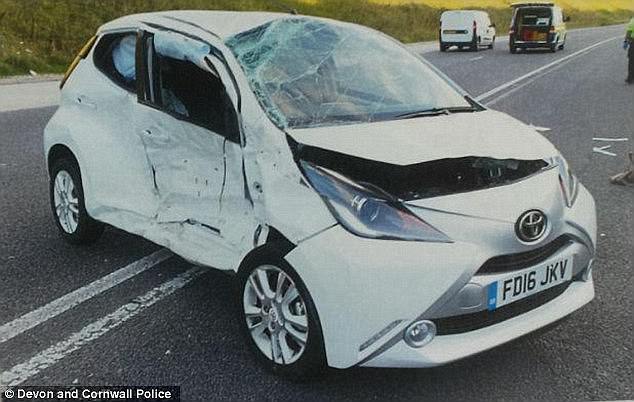 Dr Carlyon is not alone in her quest for tougher assessments of elderly drivers.

More than a quarter of a million people have signed a petition ordering compulsory re-tests for OAP motorists.

Retired teacher Geoffrey Taylor had parked in a lay-by when, for unknown reasons, he decided to carry out a U-turn manoeuvre across oncoming traffic from both directions on the A30.

As his hire car crossed into lane two of the southbound carriages he was smashed into by a white van and died from his injuries.

Speaking at the inquest into his death, Mr Taylor’s nephew Philip Taylor described the pensioner as an ‘appalling driver’.

Calling for the elderly to face tougher license reviews, he told CornwallLive: ‘I believe the stringency with which driving licences are given needs to be reviewed.

‘Some older people are unfit to drive but because they are older people, they are treated with a massive amount of respect that they should not be afforded.’ 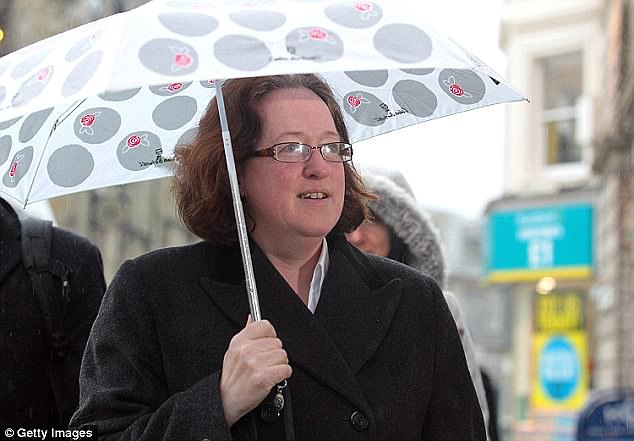 Following the hearing, Dr Carlyon told the DVLA it was the body’s responsibility to ensure more lives were not lost.

She wrote: ‘Mr Taylor had given up his license after medical events on a number of occasions.

‘It was considered [at the inquest] that a good number of drivers may not have given up their license for fear or losing their independence putting their own health and that of others at risk.

‘There was further concern that the driver’s GP could have a conflict of interests in such situations as they would have duty to inform the DVLA of medical issues which can affect a person’s ability to drive, which could result in deterioration of the GP’s relationship with the patient.

‘This was thought to be of particular concern in the elderly who may or may not have insight into their failing health (e.g eye sight, immobility) and who would be reluctant to voluntarily surrender their licence or inform their GP of significant medical events which would result in the surrendering of their licence.

‘In my opinion action should be taken to prevent future deaths and I believe you and your organisation has the power to take such action.

‘To review the manner in which licences are issued and surrendered on physical and mental health grounds and the method and criteria for assessing this, e.g the consideration of independent medical assessment or compulsory medical at timed periods, or required driving assessment.’