Sir Daniel Moynihan earns around £425,000 as chief executive of the Harris Federation

Calls are growing to cap the salaries of academy school bosses after it emerged more than 100 earn more than the Prime Minister at a time when school budgets are being cut and parents are being asked to pay for textbooks at state schools.

Department for Education statistics revealed 111 academy trustees – including headteachers and chief executives – earned more than £150,000 in 2015 and at least seven chief executives earned between £200,000 to £300,000.

The country’s highest paid academy trust chief executive, Sir Daniel Moynihan, takes home around £425,000 a year for running the Harris Federation, a chain of 44 high-performing schools in and around London.

And some academy fat cats even enjoy lucrative perks such as BMWs, the Sunday Times reported.

Campaigners argue none of the academy top staff should be paid more than the £150,000 Theresa May earns to run the country.

Adonis said:  ‘It is a simple question of morality and use of public funding.’

It also emerged four senior staff members at the Swale Academies Trust in Kent have access to company BMWs.

The trust defended the move, saying CEO Jon Whitcombe, who is paid £170,000 a year, needed to drive between 17 schools.

The calls to introduce a pay cap for senior staff come as teachers face a 1 per cent pay rise and at some state schools parents are being asked to put their hands in their pockets to pay for basic equipment including textbooks.

And earlier this year it was revealed academy heads were often earning more than their counterparts in elite private schools because of an ‘immoral’ culture of milking the taxpayer.

Many heads of multi-academy trusts earn ‘obscene’ six-figure salaries as the ‘rot of greed’ sets into the education system, unions warned. 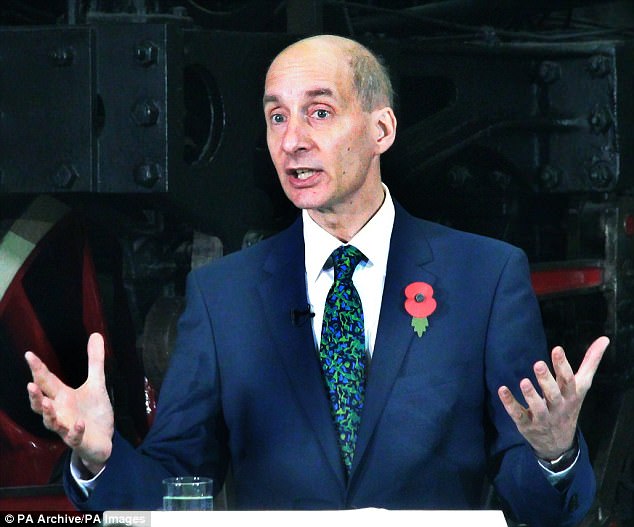 The Association of Teachers and Lecturers (ATL) said the bloated state school pay-packets were ‘unsustainable’ and dwarfed many of those in the independent sector.

The union voted to lobby the government to curb salaries for academy bosses, which are often the equivalent of pay for five or more front-line teachers.

England’s highest-paid academy chief, Sir Daniel Moynihan, got a pay rise of five per cent to around £425,000 last year to run the Harris Federation.

This is 85 per cent higher than the £230,000 paid to the head teacher of Eton College, which charges £36,000 a year and has educated the Duke of Cambridge and David Cameron.

Academy schools are free from local authority control and instead take their funding directly from central government.

They have a range of powers not available to traditional schools, including being able to choose their curriculum, the length of the school day and the salaries they pay to staff.

A spokesperson for the Department for Education said academy trusts and their governing bodies are responsible for setting executive pay levels and can use that power to reward ‘exceptional leaders’.