Cam Cranley to undergo facial surgery after being KING HIT

The Bachelorette’s Cameron Cranley is to undergo facial surgery after sustaining serious injuries during a violent attack.

The 28-year-old firefighter and former reality star suffered a fractured temple, eye socket and cheek after being king hit by a stranger on Friday night.

Cam revealed the news on Monday afternoon, taking to Instagram to share several shocking images from his hospital bed.

Random attack: The Bachelorette’s Cameron Cranley is to undergo facial surgery after being king hit by a stranger on Friday night

‘For those who don’t know I was king hit by a stranger without warning on Friday night,’ Cam wrote, accompanied by the hashtag ‘coward’s punch’.

The star shared an image of an MRI scan of his skull, which revealed a ‘fractured temple, eye socket and cheek’.

He then disclosed that he will undergo ‘face surgery’ for his injuries. 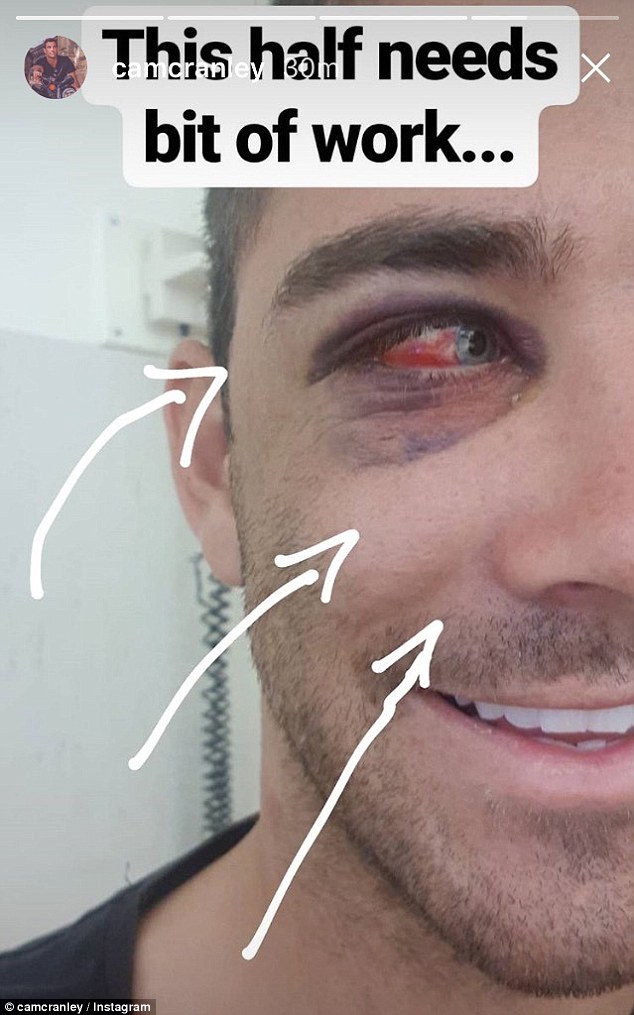 Shocking: Cam uploaded a selfie showing the damage sustained to the left side of his face

A selfie subsequently showed the damage sustained to the left side of Cam’s face.

The Perth-based heartthrob was seen with a severely bloodshot eye and deep purple bruising around his eye socket.

‘This half needs a bit of work…’ he captioned the image. 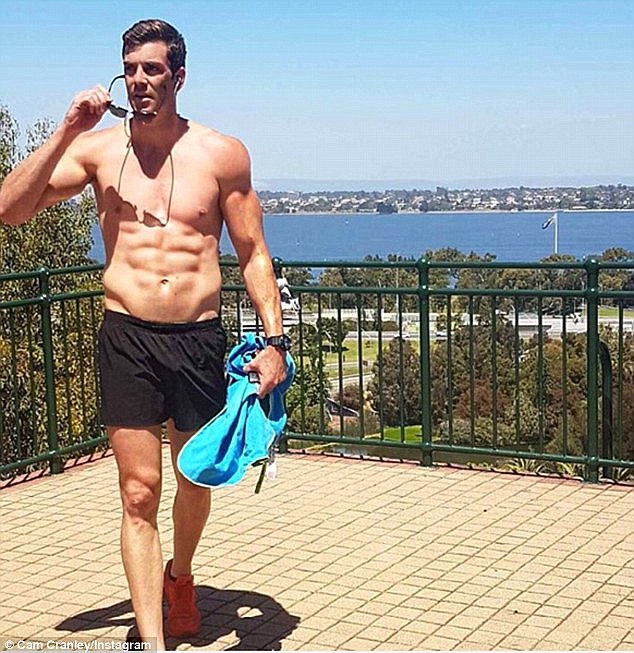 Reality star: Cam shot to fame after appearing on the second season of The Bachelorette back in 2016. 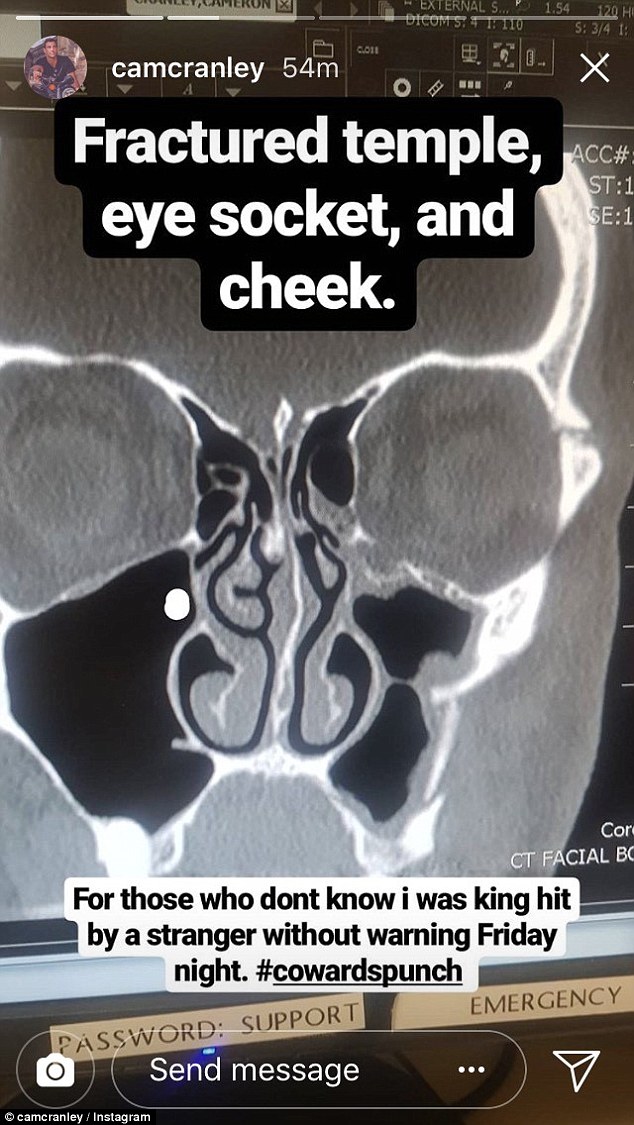 Daily Mail Australia has reached out to Cam for more information on the attack.

The Perth-based heartthrob became a fan favourite when he appeared on the second season of The Bachelorette back in 2016.

He placed fifth in his pursuit of journalist Georgia Love, and has remained in the spotlight ever since.

Cam was widely rumoured to be this year’s star of The Bachelor, but the role ultimately went to rugby player Nick ‘Honey Badger’ Cummins. 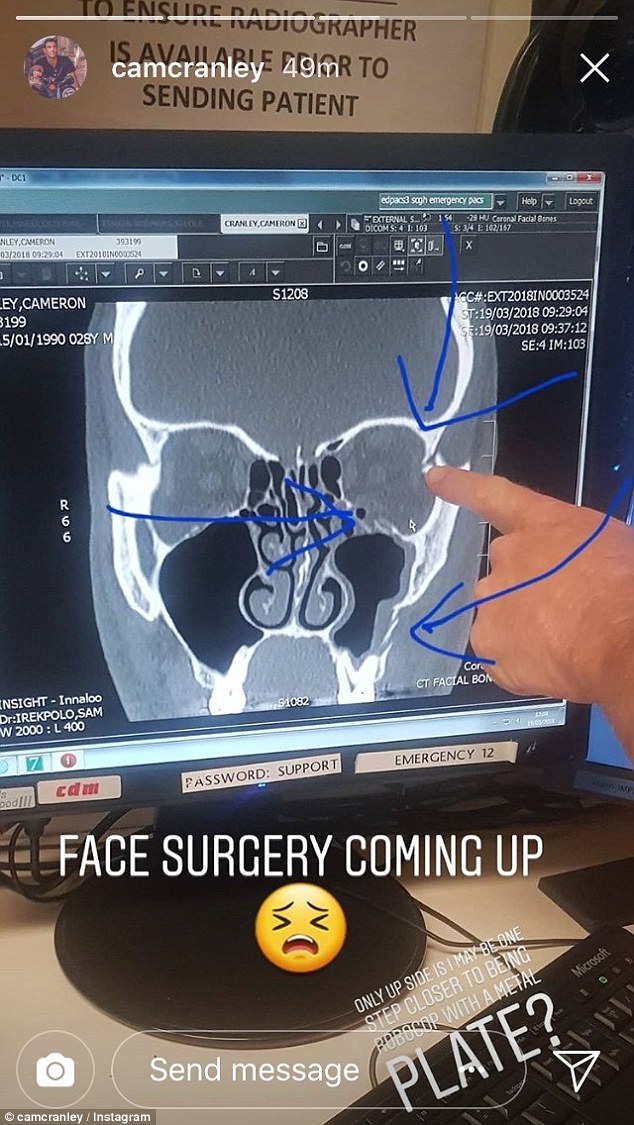 Undergoing surgery: On Monday, Cam shared a serious of shocking images from the hospital