New details have emerged about Cambridge Analytica, the consulting firm at the center of a data harvesting scandal, painting a picture of a bungling operation that promised political campaigns much more than it could deliver.

Rather than inveigling millions of voters, Cambridge Analytica’s main feat of political persuasion may have been suckering millions of dollars out of gullible Republican campaigns, according to a new report from Mother Jones.

Citing multiple former clients and colleagues, the report paints a picture of Cambridge Analytica CEO Alexander Nix as a smooth-talking salesman who promised much more than he could deliver.

‘Marketing materials aren’t given under oath,’ Nix had a habit of saying, according to a former colleague.

Cambridge Analytica came under public fire last week, when a former Obama staffer who also worked for the firm, Christopher Wylie, claimed the company had purchased Facebook account data on 50million users from a personality quiz, in apparent violation of Facebook’s term’s of service.

The fresh account raises questions about whether the shadowy company, which spun off from British company SCL, had any appreciable impact on the presidential campaigns of Ted Cruz and Donald Trump, for which it consulted.

Cambridge Analytica’s origins read like a scene from a James Bond film.

In 2013, Nix, a director at SCL, was looking to expand into the American political consulting market.

Block and Nix arrived at the address for the meeting and were stunned – a grungy sports bar north of New York City on the Hudson River.

‘We’re going like, What the f**k?’ Block recalled. Rebekah Mercer texted that she and their father would be there shortly, and minutes later his 203-foot superyacht, the Sea Owl, docked behind the bar. 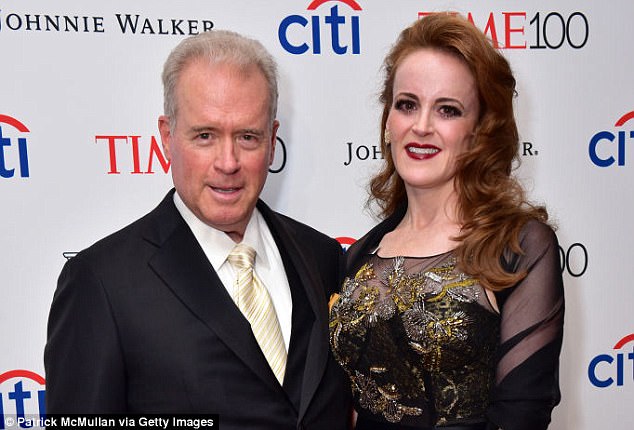 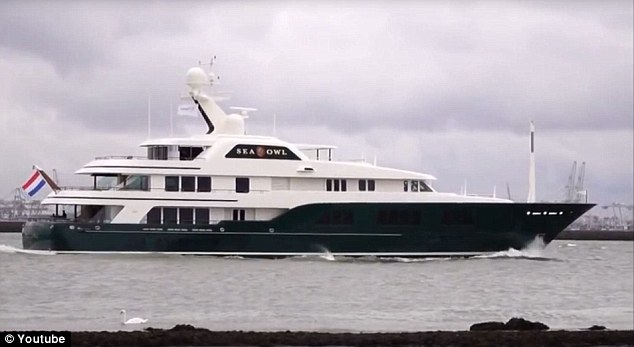 Aboard was Steve Bannon, the die-hard conservative then running Breitbart News.

Nix pitched the Mercers on his concept: using big data to psychologically profile individual voters and target online ads and mailers specifically tailored to influence them.

The Mercers like the pitch, and invested $15million in an American spin off of SCL. Bannon came up with the name Cambridge Analytica and took a seat on the board.

After supporting an unsuccessful Republican candidate for governor of Virginia in 2014, Cambridge Analytica landed a consulting job with Ted Cruz’s primary for the Republican presidential nomination.

Things were rocky from the start. On March 22, 2015, Cruz tweeted to expect big news at midnight. At the appointed hour, the campaign website announcing his candidacy – built by Cambridge Analytica – failed to launch.

The company was paid some $6million for work on the Cruz campaign, and pitched a ‘revolutionary’ piece of software called Ripon, an all-in-one tool to manage a campaign’s voter database, microtargeting efforts, door-to-door canvassing, low-dollar fundraising, and surveys, according to marketing materials obtained by Mother Jones. 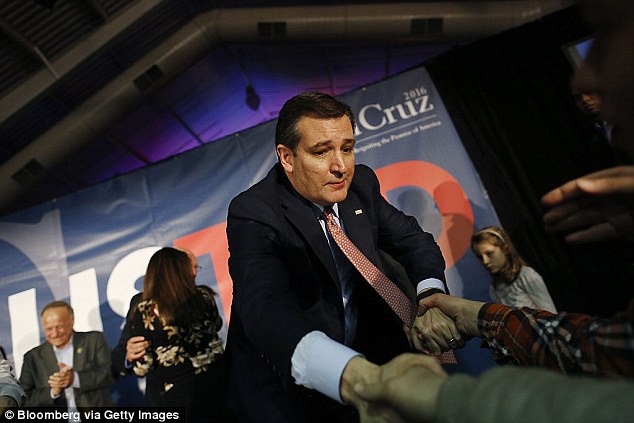 The Cruz campaign, after paying Cambridge Analytic millions, eventually discovered that the ‘Ripon’ data tool did not exist. Pictured: Ted Cruz campaigns in Iowa in 2016

Ripon, named after the town in Wisconsin that was the birthplace of the Republican Party, was billed as ‘the future of campaigning’.

But after months of delays and failure to deliver, a Cambridge Analytica employee came clean to the Cruz campaign: Ripon didn’t exist, and the campaign’s money was just going toward building the tool.

‘It’ll never exist. I’ve just resigned because I can’t stand lying to you every day anymore,’ the employee told the Cruz campaign, according to several former Cruz staffers.

‘It was like an internal Ponzi scheme,’ a former Cruz campaign official said.

Stories abounded on the campaign trail of Cambridge Analytica employees lacking basic knowledge of the American political system: not knowing what a precinct is, working with outdated voter registration rolls, not understanding how absentee voting works.

After Cruz dropped out of the race and Trump won the nomination, word about Cambridge Analytica had gotten around. 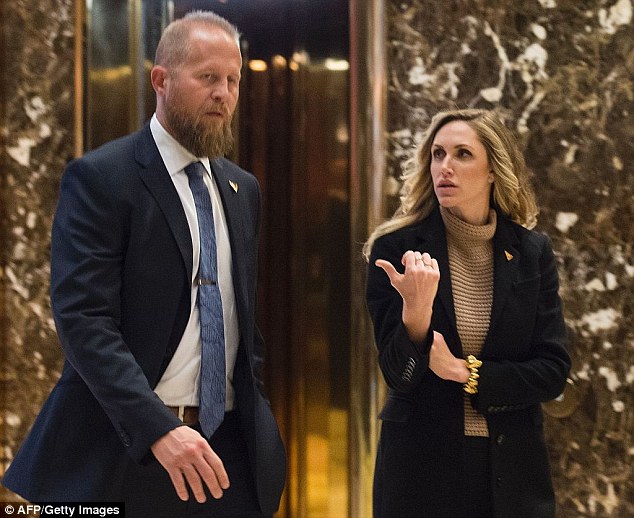 Brad Parscale (left) says that Cambridge Analytica bungled the one advertising buy the Trump campaign asked them to manage. Parscale will be Trump’s campaign manager in 2020

‘What do you know about Cambridge Analytica?’ Manafort asked.

‘They’re just full of s**t, right?’ Manafort said, according to Watts, who concurred. ‘I don’t want ’em anywhere near the [Trump] campaign.’

Soon though, Manafort was out of the Trump campaign, replaced by Bannon – the Mercer protege and Cambridge Analytica board member.

Trump’s campaign spent about $6million on Cambridge Analytica’s services, but exactly what the consulting firm did isn’t clear.

Brad Parscale, then Trump’s digital director and his campaign manager for 2020, has said that $5 million of the $5.9million the Trump campaign paid Cambridge was for a large TV ad buy.

When Cambridge bungled that – some of the ads wound up running in the District of Columbia, a total waste of money – the firm was not used for future ad buys, Parscale said.

The Trump campaign has said that it relied on the Republican National Committee as its main source of data analytics. ‘Any claims that voter data from any other source played a key role in the victory are false,’ Michael Glassner, the Trump campaign’s executive director, said in a statement. 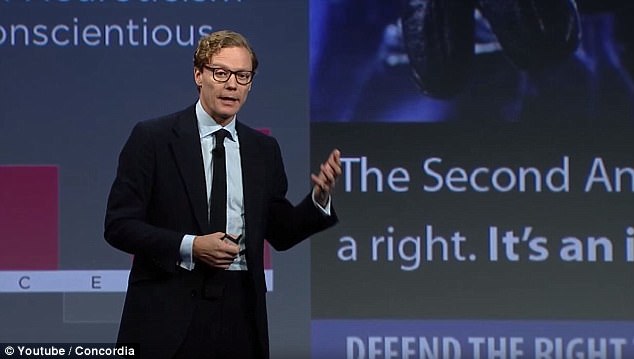 Nix speaks at the 2016 Concordia Annual Summit in Manhattan. He touted a ‘psychographic’ profile for an Iowa primary voter, but the voter turned out to live in North Carolina.

Weeks before the presidential election, in September of 2016, Cambridge Analytica CEO Nix appeared at the Concordia Annual Summit in Manhattan, where he crowed about how his firm had won the Iowa primary for Cruz.

He described how the company’s ‘psychographics’ technique could distill Iowa’s voter rolls down to a single voter – giving the example of Jeffrey Jay Ruest, a registered Republican born in 1963.

Nix described Ruest as ‘very low in neuroticism, quite low in openness, and slightly conscientious’, predicting he would be influenced by a pro-Second Amendment message.

Influencing Ruest would not be helpful in the Iowa primaries, however. He now lives in North Carolina.

Nix was suspended as CEO of Cambridge Analytica in the wake of the data harvesting reports. Neither he nor the company responded to Mother Jones’ request for comment, and they could not be reached by DailyMail.com.