The city of Cambridge is preparing for the funeral of one of its university’s most famous professors.

A private service will be held in memory of Stephen Hawking at 2pm at Great St Mary’s church in the centre of the city, following the scientist’s death on March 14.

The church is close to Gonville and Caius College, where Prof Hawking was a fellow for 52 years.

Since his death at home earlier this month, thousands of people have visited this college to sign his book of condolence.

Despite having said he is an atheist, Prof Hawking’s family felt a traditional church service would give his many friends in the city a chance to remember and pay tribute to him.

Stephen Hawking’s children, Lucy, Robert and Tim, said in a statement: ‘Our father lived and worked in Cambridge for over 50 years.

‘He was an integral and highly recognisable part of the university and the city.

‘For this reason, we have decided to hold his funeral in the city that he loved so much and which loved him. Our father’s life and work meant many things to many people, both religious and non-religious. So, the service will be both inclusive and traditional, reflecting the breadth and diversity of his life.’ 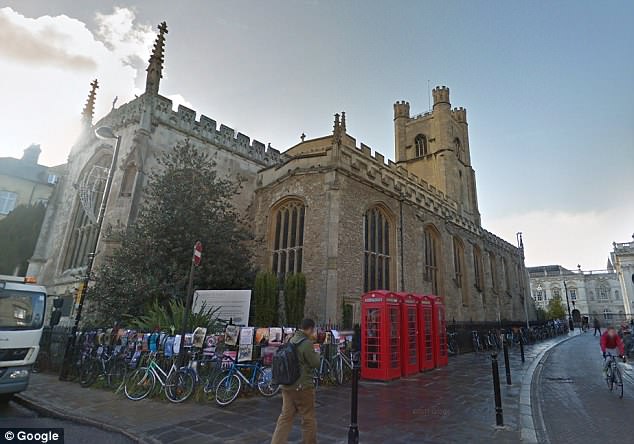 Reverend Peter Judd, the priest in charge at Great St Mary’s, told Cambridge News: ‘At the request of the family, it will be a traditional service tailored to the family’s requirements. The capacity of the church is 700 but we understand there will be 500 people there.

‘My colleague Devin McLachlan (the associate vicar) and myself will be there to greet people as they arrive.’

Following tomorrow’s service, Prof Hawking’s ashes with be interred next to the grave of Sir Isaac Newton at Westminster Abbey. 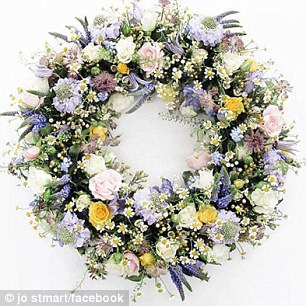 ‘Other famous scientists are buried or memorialised nearby, the most recent burials being those of atomic physicists Ernest Rutherford in 1937 and Joseph John Thomson in 1940.

‘We believe it to be vital that science and religion work together to seek to answer the great questions of the mystery of life and of the universe.’

Prof Hawking died on March 14, at the age of 76, after a lifetime as one of the world’s most renowned scientists despite his battle with motor neurone disease.